The burger business constantly evolves, influenced by executives, legislators and financiers as well as by the consumers who shape it through what they order and what they ignore. This list gathers just 10 of the many people who have had an impact on the burger business during this very eventful year in an attempt to assess some of the hot brands and issues.

Len Comma, Chairman-CEO, Jack in the Box
Jack in the Box wasn't broken but Len Comma fixed it anyway. Research commissioned in 2014 after he succeeded the retiring Linda Lang as chairman showed customers weren't totally sold on Jack's burgers. They wanted something more juicy, more "craveable." A Spicy Sriracha Burger in November 2014 started the turnaround but the introduction in January 2015 of the new line of Buttery Jack Burgers, brushed with melted garlic butter, really signaled a change, and customers are buying in. Already serving breakfast all-day, Jack has targeted late-night customers with a special menu and has enhanced its reputation for menu innovation with the Homestyle Ranch Chicken Club, Black Pepper Cheeseburger and more. At the same time, Comma has remade menu, marketing and pricing for the company's Qdoba fast-casual Mexican brand. 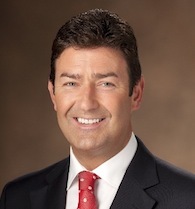 Steve Easterbrook, CEO, McDonald's Corp. (above)
Hitting the ground running, Steve Easterbrook began building a "modern and progressive burger company" almost as soon as he took the reins officially in March. In a frank speech delivered in May, he said, "The reality is our recent performance has been poor. The numbers don't lie. Which is why, as we celebrate 60 years of McDonald's, I will not shy way from the urgent need to reset this business. How we think. How we take decisions. How we organize. How we respond to customers and their changing needs. And how we galvanize against competitive threats. This is a global turnaround." And it has been. He reorganized the reporting structure for global markets and put Japan back on its feet. In the U.S. he has pushed the Create Your Taste customization platform and taken all-day breakfast from test markets to national rollout in roughly six months.

Kendall Fells, National Field Director, Fight for $15
Several cities--including Seattle, Los Angeles and New York City--have agreed to raise the minimum wage in steps to $15, an escalation the National Restaurant Association contends will lead to job cuts and greater use of labor-saving technology, with young workers hurt the most. The largest burger chain has been the prime target of protests by the Fight for $15 movement. McDonald's in April announced that starting wages at its company-owned restaurants will be $1 above the locally mandated minimum. The company says it expects the average pay at company stores to be above $10 an hour by the end of 2016. New York State has mandated an escalation of the minimum wage for hourly workers just at quick-service chains from $10.50 in 2016, and on up to $15 in 2018 in New York City and 2021 elsewhere in the state. The NRA's appeal of that mandate as discriminatory was rejected by New York's Industrial Board of Appeals this month.

Randy Garuti, CEO, Shake Shack
Who would have thought that the burger stand that opened in New York City's Madison Square Park in 2004 would explode into a publicly traded global burger powerhouse in fewer than a dozen years? Under Randy Garuti's guidance, the brand saw sales jump 70% in Q3 2015 while same-store sales increased 17.1%. Shake Shack is growing judiciously, opening just a dozen or so stores a year domestically, but it has spread to 12 states plus the District of Columbia as well as London, Tokyo, Istanbul, Dubai and Moscow. The menu is simple; the execution--at both corporate and store level--is exemplary.

Mark Gaston Pearce, Chairman, National Labor Relations Board
When the National Labor Relations Board ruled in August that waste-management company Browning Ferris Industries qualifies as a "joint employer" with one of its contractors, tremors were felt in every franchise-model business, including restaurants. If the ruling stands, franchisors would bear responsibility for what all franchisees do, including pay, and it would make unionization of QSR workers potentially easier. In testimony before Congress, CKE CEO Andy Puzder said, "If franchisors are considered joint employers with their franchisees, the cost of increased staff and increased risk will most likely translate into franchisors charging higher royalty rates and fees, perhaps significantly higher. Franchisor control over a franchisee's labor force, and the risk and higher royalty fees associated with it, have the potential to chill the desire of franchisors to acquire a franchise or develop new units, at a time when the country desperately needs economic growth." 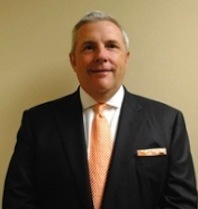 Mike Pruitt, Chairman-CEO-President, Chanticleer Holdings (above)
Chanticleer's core business is its franchisee ownership of Hooters restaurants in Australia, South Africa and Europe. But in the U.S. the Charlotte, N.C.-based company has quietly become a major force in the burger category. Its acquisition this summer of the eight-store Little Big Burger chain in Portland, Ore., put four burger brands in its portfolio. Previously it acquired American Roadside Burgers and The Burger Company (now combined under American Burger Co.), BGR the Burger Joint and BT's Burger Joint. In an April interview with BurgerBusiness.com, Mike Pruitt suggested Chanticleer was interested in more acquisitions in regions in which it already operates. "I don't believe burgers are ever going to go away," he said.

Boyd Hoback, President- CEO, Good Times Restaurants Inc.
Good Times Burgers & Frozen Custard, a regional burger chain based in Denver, flexed a muscle many didn't know it had when it stepped up and acquired Bad Daddy's Burger Bar, an upscale burger chain. In addition to overseeing expansion of the new concept (eight more are planned for 2016), Hoback also has kept his eye on what brought him to the dance. The Good Times Burgers chain ended 2015 with an impressive 6.9% increase in same-store sales. Hoback has upscaled the menu with the addition of all-natural beef, chicken and, this year, bacon, plus house-made pickles and innovative specials such as the recent Jalapeňo Cream Cheese Burger. Good Times has become a model for regional chains that want national clout.

Mark Kalinowski, Restaurant Industry Analyst, Nomura
Mark Kalinowski has his finger on the pulse of the restaurant business like no other Wall Street analyst. First with Janney Montgomery Scott and now with Nomura, he has broken more news about McDonald's than the reporters assigned to the beat. He tipped McDonald's plan to test all-day breakfast as well as its intention to unveil Artisan Grilled Chicken. He was talking about McDonald's TasteCrafted platform when other analysts were looking at G&A spending minutiae, and his surveys of McDonald's franchisees' sentiments about the business and the brand make news each time they're released. Kalinowski rolls up his sleeves, dives in and brings important news to the surface for clients and the rest of us.

Elizabeth Matthews, Chief Food Innovation Officer, Taco Bell, and staff
Burger chains grumbled about Taco Bell's decision to enter the breakfast market, and how much it may have hurt sales at competitors is debatable. But there's no denying that Taco Bell has kept those competitors on their toes with a series of breakfast items unlike any served elsewhere. Biscuit Tacos and Oat & Blueberry Delights this year joined the Waffle Taco and other unique foods on Taco Bell's morning menu. And a Breakfast Quesalupa and Chorizo A.M. Crunchwrap have been spotted in test. Taco Bell reminds every other chain of former UCLA Coach John Wooden's aphorism that "Being average means you're as close to the bottom as you are to the top." (Apologies to Ms. Matthews, for whom I could not find a photo.) 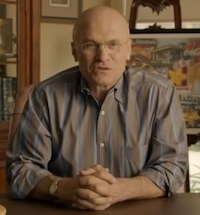 Andy Puzder, CEO, CKE Restaurants (above)
In his 15 years at the helm, Andy Puzder has always enjoyed swimming upstream. He has maintained that the target audience for his Carl's Jr. and Hardee's brands is "young, hungry guys" and he has never been afraid to give them what they want. If that includes oversize burgers marketed with commercials featuring suggestively clad young women, so be it. But this year he also introduced an all-natural burger (grass-fed beef with no hormones or antibiotics), before the politically correct brands did. His restaurants don't do 99¢ menus and he doesn't like discounting. He knows his audience and knows they'll pay more for perceived quality, so the new Steakhouse Thickburger joined the menu at a hefty $5.59. The Most American Thickburger offered this summer was $5.79. Everyone else gets to raise their prices if only because Carl's Jr. and Hardee's already did.

Daniel Schwartz, CEO, Restaurant Brands International
In 2014, Bloomberg ran a story titled "Burger King is Run by Children" that others in the media have parroted ever since. Daniel Schwartz's mid-30s age became the meme around which much coverage of the chain has danced. But no matter his age, Schwartz has remade Burger King into a strong brand with an image and a vision of its own. Under his guidance, the chain has sold almost all its company-owned stores to franchisees, greatly expanded its international presence (including a return to France) and accelerated new-store openings and remodeling. He has moved menu marketing away from multiple-item introductions to a focus on fewer but more impactful LTOs that don't stress store operations. Yes, the Peace Burger challenge to McDonald's fell a bit flat, but it was in a good cause. With parent Restaurant Brands International's acquisition of Canada's Tim Hortons, Schwartz now simultaneously oversees two important brands.