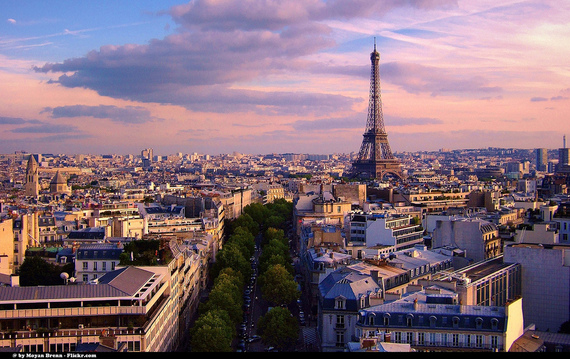 Paris is a wondrous city for adults and kids alike. They don't call it the City of Lights for just any reason. Its beauty is etched in its pores and is lit up from within its core -- from its culture and architecture to its history and food. How can you create the perfect Paris vacation for the whole family? By choosing activities and landmarks accessible to all ages so no one is disappointed.

Here are 10 reasons to visit Paris with kids -- from must-see attractions to lesser known sites:


1. To play tourists: Don't skip the Eiffel Tower!
When you're in Paris, there's no reason to skip the main attractions to travel like a native. There is simply nothing more fun for a kid than a trip to the Eiffel Tower. Lines are ridiculously long, but the trick is to book online in advance to avoid them. You can also take the kids for a ride on the nearby carousel if you end up waiting. As for the trip up itself, you take two elevators -- one to the second floor, then one to the summit. The views at each level are breathtaking, and you will not soon forget the looks on your children's faces when they look down at the aerial view of the entire city. Parents can get a glass of Champagne up top and really take in the moment.

2. To explore Parisian culture.
Paris exudes culture and its offerings are endless. For an ultimate dose of culture wit the kids, venture to Montmartre and walk up the steps to the Basilica of the Sacré Coeur. It's the highest point in the city and the view of Paris is amazing. Then stop in the local market to get your children's portraits done. Meanwhile on the Left Bank, the Musée Rodin is one of the city's great museums showcasing the artist's famous sculptures and gardens.

3. To marvel at the sites by boat on the River Seine. 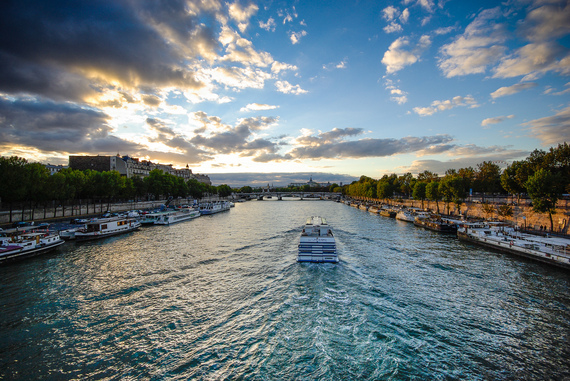 A boat ride on the Seine is perfect for a quick view of the city's greatest buildings. Bateaux-Mouches (13.5 Euros per adult, 5.50 Euros per child) take you past the city's most beautiful landmarks like the Eiffel Tower, Notre Dame, Musée d'Orsay, the Louvre, and more. It's a great way to see most of the Parisian popular sites and take pictures along the way.

4. To introduce your kids to French art.
Paris is home to some of the most famous art in the world, and it's the perfect place to educate your kids on art history. Head to the Musée d'Orsay which was installed in a former railway station, built for the Universal Exhibition of 1900. The museum displays collections of art from the period 1848 to 1914. The art is phenomenal and kids will really enjoy seeing delightful pieces by Monet, Degas, and Renoir. And of course there's the Louvre, one of the world's most famous museums, that showcases works such as the Mona Lisa and many other masterpieces.

5. To explore the city's neighborhoods.
Travel like a native in and out of different neighborhoods such as the Marais, which features atmospheric cobblestoned streets, lovely boutiques and historic buildings. On the way, you will stroll through a market called Faubourg St. Antoine where you can find local cheese, pâté, and other French delicacies.

6. To enjoy the sights and sounds of the city.
Place des Vosges is the oldest planned square in Paris and it's a good place for kids to run around after several hours of shopping and sightseeing. The outdoor buskers are outstanding, too. Top off the day with a visit to the Arc de Triomphe, then stroll down the Champs Elysées. Touristy and crowded, it might not be your greatest memory of Paris, but your kids will be mesmerized by the glimmer and excitement up and down the boulevard.

7. To play in the city's beautiful parks and gardens. 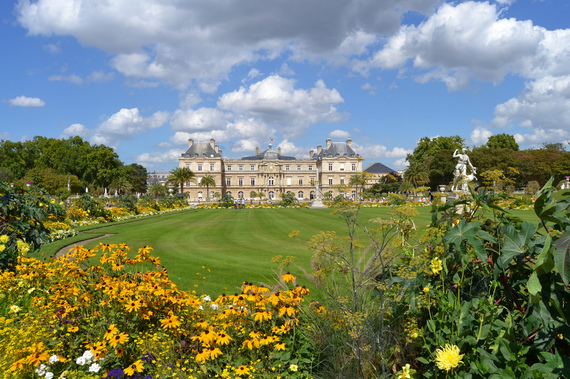 The city is full of gorgeous parks and gardens full of stately sculptures and well-groomed flowers. Be sure to head to the Luxembourg Gardens, the second largest park in Paris. It's the garden of the French Senate, which is housed in the Luxembourg Palace. It's full of gorgeous statues, tennis courts, chess players, a small pool for children, and plenty of space to run around.


8. To sample the food.
Kids will love the variety of croissants, crêpes, baguettes, cheese, and other staples available in markets, street stalls, and cafés. As for adults, there are many gastronomic treats to choose from alongside classics such as croque-monsieurs, French onion soup, and niçoise salad. All will love French pastries and other fabulous desserts such as éclair au chocolat or mille-feuille. 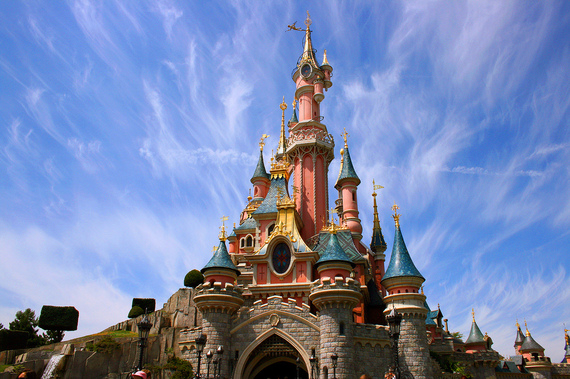 With kids being, well, kids, your troops would want to take a break from all the culture, food, and architecture scenes that Paris is known for. If the kids start to get antsy, despair not for the City of Lights is also home to the world's go-to theme park! Located in the new town of Marne-la-Vallée about 20 miles from Paris, Disneyland Paris has gained the reputation for being the most visited attraction in France, if not Europe, and is the second Disney park to open outside the US. It's based on Orlando's Walt Disney World in design and features favorite Disneyland mainstays like It's a Small World, Space Mountain, and Pirates of the Caribbean on top of new ones, making it your kids' home theme park away from home.

10. To take educational daytrips outside the city.
If you have time, get the kids out of Paris to learn more about French history. Trips can include Versailles, the former home of royal power, Monet's gardens at Giverny, or Saint-Denis Cathedral Basilica, and the Royal Necropolis.


Holly Rosen Fink of The Culture Mom contributed this to MiniTime.