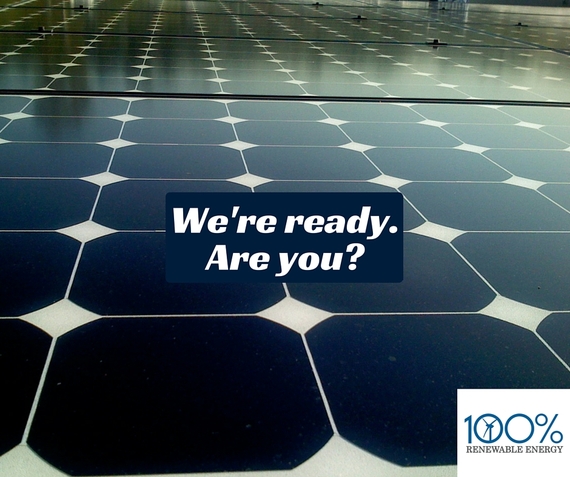 Imagine: You wake one up one spring weekday morning, on a day like today. While you were sleeping, wind turbines, along with the battery in your electric car, produced much of the electricity that powered your water heater and charged your phone. You take a hot shower, then make breakfast for your family, using appliances that require a fraction of the power they do today. Your kids walk to the corner, where they're picked up by an electric school bus. You drive your own car to the light rail station and plug it in, where it'll be charged all day by solar panels. You hop on an electric train to your office, where geothermal, solar, and other renewable sources power not just your office, but your entire neighborhood, your entire city.

This isn't fantasy. This week, my colleagues at the Frontier Group and I issued a new white paper called We Have the Power to show that a society powered entirely by wind, solar, and other forms of clean, renewable energy is 100 percent necessary, and 100 percent possible. Here's what we found:

We must shift to 100 percent renewable energy to limit the impacts of global warming. Serious impacts of climate change are already underway. The faster we transition away from dangerous fuels, the better able we will be to protect our communities from large-scale catastrophes, including permanent flooding of coastal cities, more extreme storms, and widespread food and water shortages. In Paris in December 2015, the nations of the world made a historic commitment to protect our climate, pledging efforts "to limit [global] temperature increase to 1.5° C above pre-industrial levels." To achieve that goal, America must transition to 100 percent clean energy before mid-century.

Renewable energy improves our health, increases our safety, and puts our economy on a sound foundation. It will protect our drinking water supplies from hazardous contamination by drilling and fracking, and safeguard our communities by eliminating the need to ship explosive fuels through our neighborhoods on train cars or in leaky pipelines. Generating renewable energy locally, as with rooftop solar panels, can also make our energy system more resilient.

What's more, dirty energy sources have no inherent economic advantage over renewable energy. In fact, expanding renewable energy creates local jobs that cannot be outsourced, reduces the impact of fossil fuel-induced harm to our environment and health, and insulates the economy from the volatility of fossil fuel prices.

America has vast renewable energy resources - enough to meet our needs many times over. The United States has the technical potential to meet its current electricity needs more than 100 times over with solar energy and more than 10 times over with wind energy. What's more, we have massive potential to save energy - by some estimates, reducing our overall energy use by 40 to 60 percent below current levels by mid-century, even as our economy continues to grow. 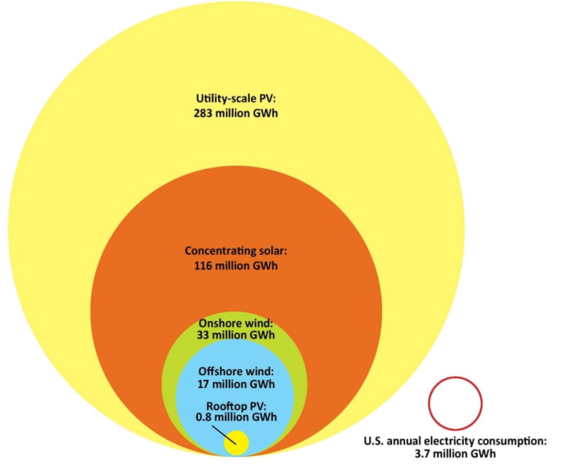 Affordable 100 percent renewable energy is within our reach. At least seven detailed studies of clean energy systems - conducted by academics, government agencies and nonprofit organizations - suggest that we have the tools we need to make the transition. Over the past 15 years, growth in renewable energy worldwide - especially solar energy - has outstripped most forecasts, even those made by environmental advocates such as Greenpeace. And economists predict that we can build a 100 percent renewable energy system at costs comparable to or less than what we would have to spend to continue our reliance on dirty energy.

Emerging technologies and new trends are opening the door for an unprecedented transformation of our energy system to 100 percent clean, renewable power. Renewable energy and energy efficiency technologies are quickly falling in price. Between 2009 and 2014, the cost of solar electricity in the United States fell by 78 percent and the cost of wind energy fell by 58 percent. In many parts of the United States, wind is now the cheapest source of electricity. Promising new tools - for heating our homes, powering our factories, and moving people and goods over long distances with renewable energy - are either in development or beginning to make their way into the market. 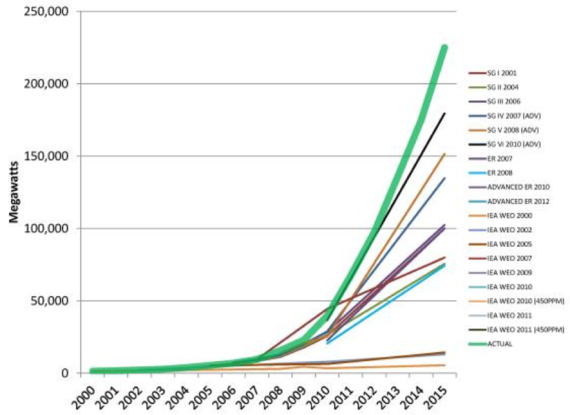 Leaders at all levels of government should act to accelerate our transition to 100 percent renewable energy. That means prioritizing energy savings, and promote steady and swift deployment of clean renewable energy sources, especially solar and wind energy. It means transitioning the transportation sector to electricity, and enabling community micro-grids and grid-connected energy storage. And it means ceasing construction of new fossil fuel infrastructure, and keeping the vast bulk of our coal, oil and gas reserves in the ground

From Apple and Google to San Diego and Rochester, Minn., dozens of cities, companies, and even states are already making moves. Let's build on this momentum. The more people who join the call for 100 percent renewable energy, the more local, state, national and corporate leaders will step up and take action that will make a difference now, and get us on the right track for the future. Together, we can do this. Total clean energy is totally possible, and it starts now.