The Tax Foundation on Monday published a new study that shows the real value of $100 in each state. Prices of goods often differ from state to state, and, as a result, $100 might not stretch as far in a state where goods are more expensive.

Price differences throughout the U.S. are considerable. "Real purchasing power is 36 percent greater in Mississippi than it is in the District of Columbia," according to the Tax Foundation. "In other words: by this measure, if you have $50,000 in after tax income in Mississippi, you would have to have after-tax earnings of $68,000 in the District of Columbia just to afford the same overall standard of living."

Using data from the Bureau of Economic Analysis, the Tax Foundation put together this map: 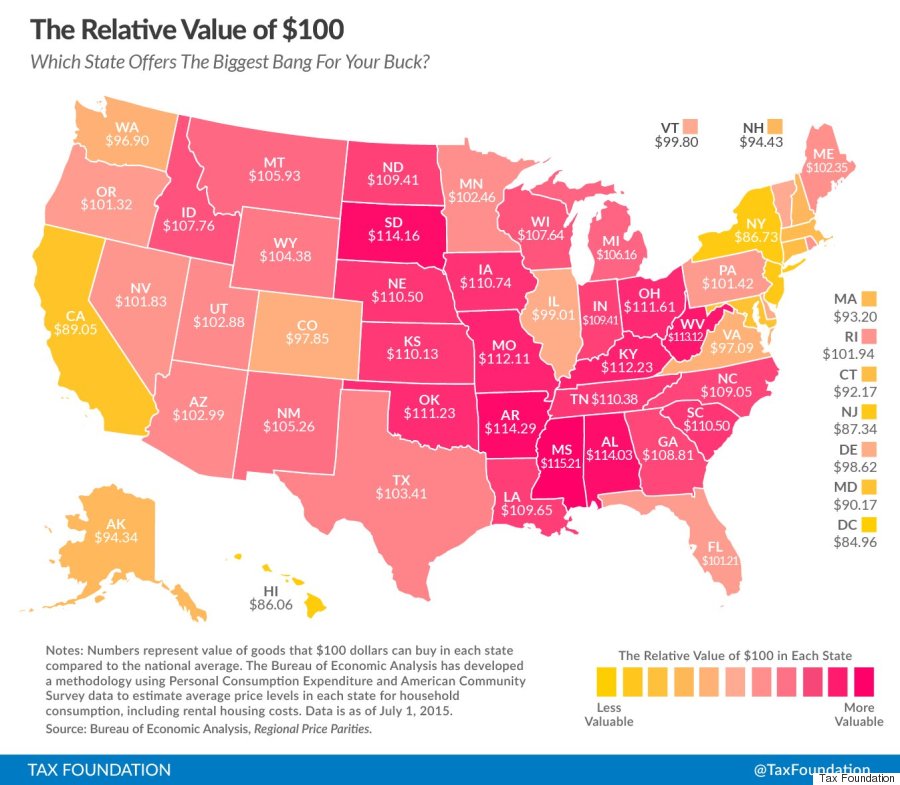