Today is Sister Vivian Ivantic's 100th birthday. She's spent 90 of those years hoping to one day become a priest, and she still holds firm to that conviction. "I think the American church is outstanding," she told The Chicago Tribune. "But I'm waiting for women' ordination. We have been deprived of the celebration of the Mass because we don't have enough ordained priests. We have done so much as teachers, nurses, social workers, but we need to open church offices to women."

Sister Vivian has never been one to back down from her decisions. Her commitment to become a nun began when she was in first grade. She came home from school and announced to her mother that when she grew up, she wanted to become a nun or a priest. She joined the Benedictines at the age of 20, but has always remained hopeful that priesthood would one day be an option for her.

"We need women in church offices," said Ivantic. "It won't come in my lifetime, but it will come." Many share her views, and the Women's Ordination Conference publicly advocates for gender equality in the Church. Executive director Erin Saiz Hanna told the Chicago Tribune, "People, especially in America, are used to seeing women advance in the workplace, in politics, so people are ready to see women break through the stained-glass ceiling."

However, the Church's official stance doesn't seem promising for this generation of female priest hopefuls. Though Pope Francis has been lauded as one of the most open-minded and reform-oriented Popes, when it came to the issue of female ordination, he said, "the Church has spoken and says no... that door is closed."

Ivantic's commitment to the church, despite her conviction about the injustice of the ban on women priests, has proved an inspiration to her large family of young nieces and nephews of many generations. Her niece Karen Ivantic, age 56, said that many in the family, including herself, have considered leaving the church due to the lack of gender equality, but stays due to her love of her aunt. "She committed her life to this, she's not walking away. She's fighting, but she's not walking away," she said. "So what that says to me is, 'Don't abandon everything but don't stop fighting for the change.'"

Sister Patricia Crowley is the Prioress of the Benedictine Sisters of Chicago, she told The Huffington Post that she is a great admirer of Sister Vivian Ivantic as a person and member of their community. "Sister Vivian is very positive about everyone; she can always see the gift and the good in another person."

Sister Patricia added: "She always been very vocal and articulate and she feels strongly that women should be ordained -- and I'm proud of her for speaking her own mind." 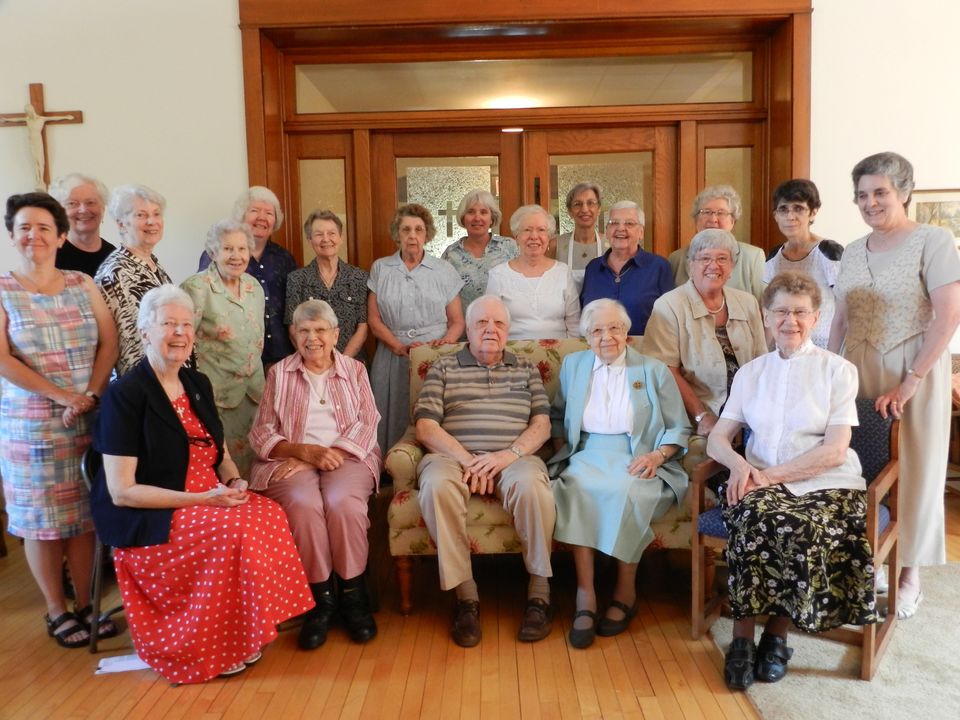 1 / 3
80 Years Of Service
Sister Vivian with her brother, Bill Ivantic, and many of the members of her religious community.
Nicole Sotelo / Benedictine Sisters of Chicago