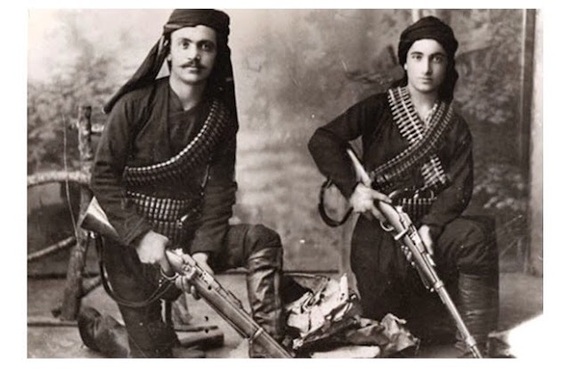 In the struggle between denial and silence, silence wins hands down. That is, silence wins out over denial if the genocide of a people is to be complete. For almost 100 years, Pontic Greeks have mourned the loss of the 353,000 fathers, mothers, grandparents, children, friends and community members who were slaughtered outright, or who died agonizing deaths on long death marches to expulsion from 1916 to 1923. My mother was among them. Of the 2.6 million Greeks of Ottoman Turkey in 1914, over 700,000 additional Thracian and Anatolian Greeks were slaughtered, bringing the total Greek deaths to over one million.

Although the Pontic Greeks had settled on the southern shores and in the mountains along the Black Sea since 875 B.C., and other Greeks had settled in Anatolia since 1200 B.C., over 2,000 years before the first Turkish tribes invaded, today it's difficult to find anyone who has heard of the Pontians or Anatolian Greeks, as if they never existed? Ditto for the Assyrians who had settlements in Asia minor dating back four thousand years before the genocide that took the lives of at least 275,000 Assyrians, more than half their population. As with the Pontic Greeks, until recently, it was rare to find anyone who knew Assyrians still existed in the modern world. 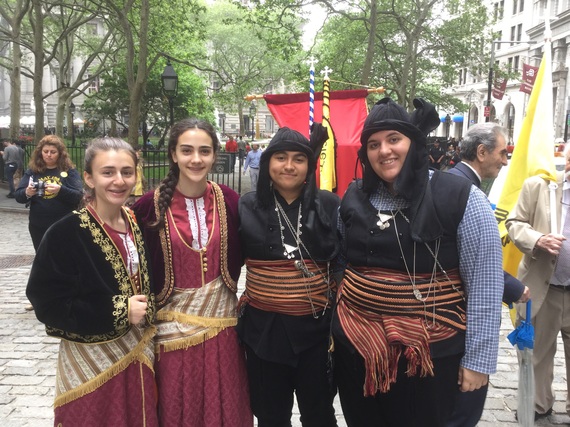 Armenian scholars rightfully criticize the Turkish government for the denial of the Armenian Genocide that took place 100 years ago. However, it's rarely mentioned that the first target of what, for many, has become know exclusively as The Armenian Genocide, began against the Greeks under Ottoman rule in Thrace in the spring of 1913, before the commencement of WWI, and then in the summer of 1914 against the Anatolian Greeks who lived along the western coast of Turkey. Boycotts against Greek shops and goods, massacres of Greeks in towns and villages -instigated by Young Turk propaganda - and conscription of Greek men into the dreaded labor battalions, where they were worked and starved to death, was responsible for hundreds of thousands of Greek deaths.

How did the Young Turks incite hatred against former neighbors? US Consul General George Horton, who was stationed at Smyrna from 1911 to 1917 and again from May 1919 to September 1922, reported that in the spring of 1914, the Aegean Coast Greeks were demonized to induce the Turkish population to destroy them. Horton wrote:

[V]iolent and inflammatory articles in the Turkish newspapers appeared unexpectedly and without any cause ... so evidently "inspired" by the authorities ... Cheap lithographs ... executed in the clumsiest and most primitive manner ... represented Greeks cutting up Turkish babies or ripping open pregnant Moslem women, and various purely imaginary scenes, founded on no actual events or even accusations elsewhere made. These were hung in the mosques and schools. ... and set the Turk to killing...."

In October 1914, the Assyrians were the next Christian people to be targeted through displacement, without care for their survival. In 1915, both Armenians and Assyrians were subjected to massacres and death marches to expulsion. In 1916, the Pontic Greeks along the Black Sea coast were targeted. Some Pontians were locked in churches and burned alive.

In June 1918, four months before the end of the Great War, the Chicago Daily Tribune reported that at least 1,000,000 Greek men, women, and children had perished as a result of organized massacres and deportations by "the Turco-Teutons" in Asiatic Turkey. On October 30, 1918, the Armistice of Mudros was signed, officially bringing Ottoman participation in the war to an end, but the massacres, death marches, and labor camp conscriptions continued. A New York Times Article dated December 8, 1918, affirms that:

"(...) the Turkish authorities, despite Turkey's defeat, are pursuing a brutal attitude towards the Christian populations of the empire and are inciting the Ottoman people to fanatical outrages against the non-Moslems. (...) Many signs of organizing among the Turks for new massacres of Christians, and particularly Greeks, are noted."

While it's true that denial of this crime is unconscionable, denial has at least kept the memory of the Armenians in the minds, and hopefully the hearts, of the general public. However, where news and diplomatic reports were numerous at the time, today there is usually silence. Silence surrounding the Christian Genocide by the Ottoman and Kemalist regimes between 1913 and 1923 have, until now, rendered the genocide of the Greeks and Assyrians complete. In fact, for the general public, silence over the last 100 years has effectively erased all memory of Pontic Greeks and Assyrians, co-victims of the Armenians, as if they never existed. 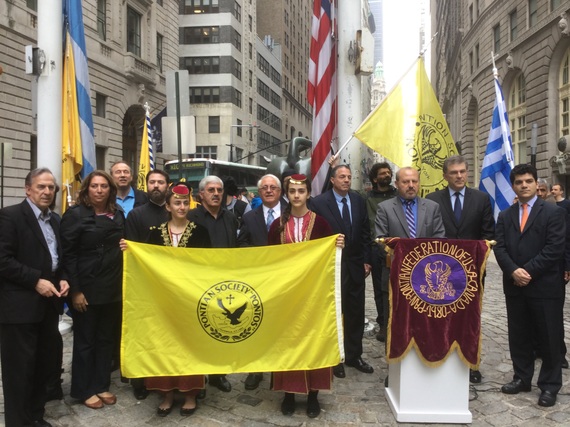 Consul General of Greece, George Iliopoulos said at this year's May 19th Pontian Commemoration Ceremony at Bowling Green in NYC, "an atrocity can be forgiven, but should not be forgotten. Remorse is painful and demonstrates spiritual superiority. Forgetting... shows an inability to comprehend and accept history's lessons and demonstrates disrespect for the victims. It is also a form of complicity. We need not allow the world or Turkey to forget."

Senator Leonidas Raptakis joined with other Rhode Island senators to declare May 19th a day of solemn remembrance of the Pontian Genocide, and reminded the gathering at Bowling Green, that "it is vital and proper to those who lost their lives in the Pontian Genocide, and it is paramount that people of all nations look at this horrific event in our world's not-so-distant history as a way to learn a valuable lesson, so that such atrocities are not tolerated and are never committed again."

We could start with a U.S. Resolution that recognizes the genocide, not only of the Armenians, but of the 3 million Christians under Ottoman and Kemalist rule, Armenians, Assyrians, and Greeks who were slaughtered by various means between 1913 and 1923, which brought four millennia of Christian presence in Turkey to a cruel and bitter end in a matter of 10 short years.

In 2007 the international Association of Genocide Scholars (IAGS), consisting of hundreds of genocide scholars, affirmed the Greek, Assyrian, and Armenian Genocides, as did Sweden (2010) and the Netherlands (2015). The IAGS Resolution reads as follows:

WHEREAS the denial of genocide is widely recognized as the final stage of genocide,enshrining impunity for the perpetrators of genocide, and demonstrably paving the way for future genocides;

WHEREAS the Ottoman genocide against minority populations during and following the First World War is usually depicted as a genocide against Armenians alone, with little recognition of the qualitatively similar genocides against other Christian minorities of the Ottoman Empire;

BE IT RESOLVED that it is the conviction of the International Association of GenocideScholars that the Ottoman campaign against Christian minorities of the Empire between 1914 and 1923 constituted a genocide against Armenians, Assyrians, and Pontian and Anatolian Greeks.

BE IT FURTHER RESOLVED that the Association calls upon the government of Turkey to acknowledge the genocides against these populations, to issue a formal apology, and to take prompt and meaningful steps toward restitution.

For a personal account of the genocide of all three Christian peoples, see Not Even My Name. www.notevenmyname.com

Author of Not Even My Name, and A Lid for Every Pot, painter, former WBAI news correspondent.