This year, Leipzig joins the league of thousand year old German cities like Trier, Worms, Cologne and Magdeburg. The city has played an important role in the history of Germany and Europe in two noteworthy incidents, both of which culminated in bringing Germany together. In the 18th century, Leipzig was the battlefield that marked the end of the French dominion over German states - a hard-won battle that led to an increased sense of nationalism on the German side. Later in the 19th century, the peaceful political rallies against communism that started in Leipzig (popularly known as the Montagsdemonstrationen/Monday demonstrations) intensified across the country to bring down the Berlin wall and re-unite east and west Germany.

Devoid of mountains or rivers to accentuate its landscape, Leipzig seems a bit dull and inconspicuous when weighed up to the cultural and artistic capital city of the state of Saxony, Dresden, situated on the banks of the Elbe, or to the vibrant German capital city, Berlin, situated about 150 kilometers to its north. When the wall came down, the decrepit buildings, the industrial smoke infused air and the vapid topography of Leipzig were visible to the world. This city, like many others in eastern Germany, stood testimony to the conditions that prevailed behind the iron curtain. 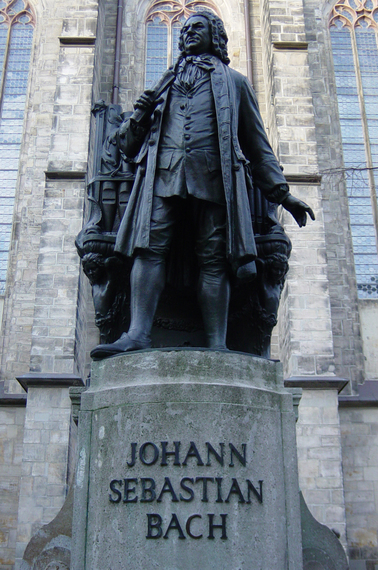 While Dresden and Berlin made plans to revamp in order to re-affirm their place in a united Germany, Leipzig behaved much like a neglected child that lacked self-motivation. It seemed confused about what it stood for. Dresden had a unique Baroque and Rococco heritage to build upon. Berlin, without the wall, was the new mecca for the dare-to-dream, younger generation. Leipzig had no such allure. The industrial pollution from the communist era made it look bleaker in comparison. So it continued to atrophy a bit longer, unclear on where it stood. 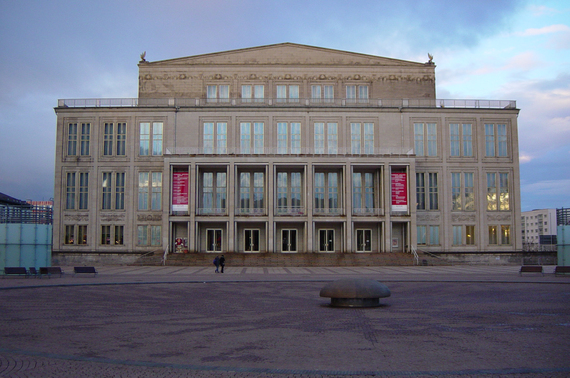 However, as the monotonous and monstrous industrial buildings from the communist reign were razed down, the fragments that revealed the city's distinct and illustrious pre-communist past became evident. Leipzig had created a vast number of world beaters in different fields. Nietzche, Bach, Richard Wagner and Leibniz were sons-of-the-soil. Many more well-known names in the areas of music, science, literature, history and politics were in the annals of the city: Friedrich Schiller, Goethe, Felix Mendelssohn, Werner Heisenberg, Angela Merkel, Wilhelm Ostwald. The Leipzig university had produced a significant number of Nobel prize winners, too! The stories and erudite contributions of these home grown heroes enriched the city's footing in a united Germany. Over the last years Leipzig has spruced itself up by stringing together the lives of these heroes and bringing them to the foreground. 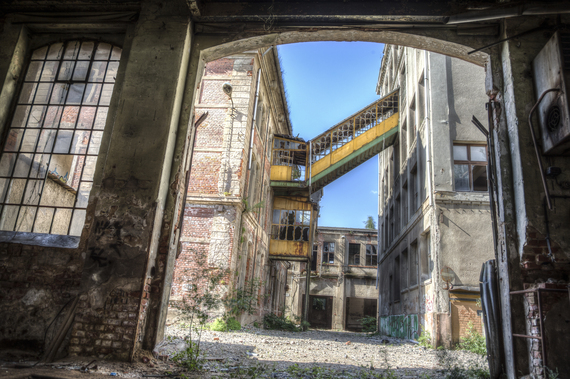 The legends of Leipzig dulled the city's communist past and brought it a new shine. Young German artists from all over the country took notice of the city's huge revamped industrial buildings and relatively lower cost of living. Ever since, the city is burgeoning with creative minds. It has naturally turned into that chosen destination for young up-and-coming artists who shun skyrocketing rentals in big German cities for Leipzig's vast low-priced living spaces. The rest of Germany responded to Leipzig's growing prominence by dubbing it a wannabe Berlin: a nickname that the citizens of Leipzig find unkind.

But whatever the cynics and prophets reckon, Leipzig is swathed in limelight this year. Until December 2015, the entire city will transform into a stage for various cultural, musical and literary events reminiscing the highlights of the past thousand years. From street parades to culinary arrangements to a thousand member choir and open air performances of legendary music compo-sed by the city's musical legends, each week is packed with diverse events. On the 20th of December 2015 the city will blow out 1000 candles on it's birthday cake to celebrate it's long journey - heroic achievements and also historical events it has overcome, to be what it is today. 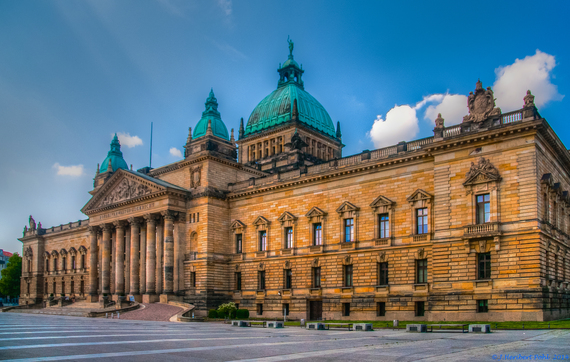 Getting There: There are daily direct flights from major German and European cities to Leipzig. More connections can be found to and from Frankfurt or Berlin. From Frankfurt a direct flight to Leipzig airport will take you less then an hour. While a car (rental cars at Avis, Sixt or Europcar available at Frankfurt and Berlin airports) or train (bahn.de) will take up to four hours to get to the city. Berlin to Leipzig via Potsdam by car can be achieved in a little over two hours. The Deutsche bahn offers seasonal offers and weekend deals that can be availed at bahn.de.

Staying There: For a luxury stay, the Steigenberger Grandhotel Handelshof and Hotel Fürstenhof are elegant upscale hotels well situated to visit the city's landmarks (from about 150 euros a night). For more moderately priced stays consider, Mercure Hotel Leipzig am Johannisplatz, Hotel Vier Jahreszeite and Garni Hotel Markgraf (from about 50 euros a night)

Eating There: To get a taste of local gastronomy head to Auerbachs Keller Leipzig, one of the oldest restaurants in the city where Goethe is said to have written parts of his famous work Faust. The Bayerischer Bahnhof, an old train station that offers culinary delights and home brewed specialities. Other places frequented by locals are Thüringer Hof, Gasthaus Barthels Hof, Zill's Tunnel, Rennbahngastronomie Leipzig give a good taste of local cuisine and seasonal highlights.

While There: Leipzig is only a few hours away by road from the German cities Dresden and Berlin. It is three hours away from the capital of the Czech Republic, Prague. Combing these destinations on a visit to Leipzig would make for an excellent overview of modern cities resurrected from the clutches of communism. In the month of December these cities offer numerous christmas markets which could add a touch of magic to your travel.