Why would a Chicago hotel put an ice cream sundae on its dessert menu that costs more than many folks pay in monthly rent?

"Why not?" was the explanation offered to HuffPost by Scott Green, executive pastry chef at the Langham Chicago's Pavilion lounge and tea room.

On Wednesday, the Langham is debuting a brand new menu of luxurious ice cream dishes headlined by the attention-grabbing Victoria sundae, named after the queen who reigned in England at the time the flagship Langham opened in 1865.

Available along with six other sundaes, The Victoria will set customers back $1,000, recalling the price tag of New York restaurant Serendipity 3's Golden Opulence Sundae, which was once recognized as the world's most expensive dessert and even inspired a gag on NBC's "30 Rock." 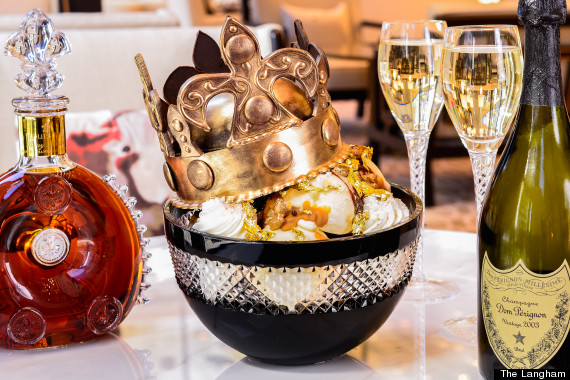 The sundae's base consists of both vanilla and chocolate ice cream. The chocolate ice cream, Green told HuffPost, is made from premium Guittard Complexite 70 percent chocolate -- not cocoa powder or flavoring. And the vanilla ice cream consists of three different vanillas -- fruity Tahitian vanilla, traditional Madagascar-Bourbon vanilla and peppery Mexican vanilla -- contributing to a much more complex flavor than your typical bucket of Häagen-Dazs.

Finally, the sundae is served in a Wedgwood crystal bowl, which customers get to keep, and paired with a bottle of 2003 Dom Perignon -- which alone retails for about $150.

Let's get a closer look: 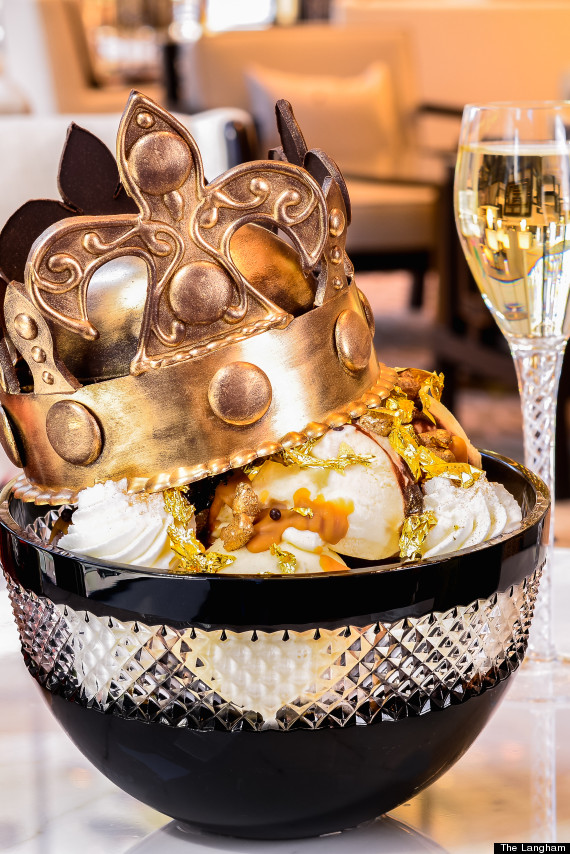 Despite the long list of tasty and decadent components, we wondered: Who would buy this thing? Green is well aware the sundae is out of reach for many people, even at the Langham -- where an October weeknight stay will cost you at least $450 a night, before taxes.

"I realize it's a seldom-if-ever type of menu item but it just kind of adds another level of depth to the experience of the Langham," Green explained.

Green added that he's very curious to see who the first person to order it will be. Perhaps Lady Gaga, who spends a lot of time in town and often turns up where she's least expected. Or "Star Wars" creator George Lucas, taking a break from a planning meeting for his forthcoming museum on Chicago's lakefront.

"You never know who will come through the door," Green said. "Maybe a high-powered CEO who has some colleagues in town and wants to impress them, or someone who wants to make an extra special engagement night. This is for the guest who wants to go all out."