When I became a single mom back in 2009, I was already in the process of wrapping up a masters degree in marketing. I knew I needed a decent job to keep my family afloat in a troubled economy, so going back to school made sense at the time.

I felt really good about finishing up that graduate degree, bragging to all my family and friends, having big hopes and dreams of a great job, playtime at the parks with my two girls and going out to dinner once a week.

That is, until Uncle Sam knocked on my door wanting his money back...

Between my bachelors in communications and what eventually became two masters degrees - and two small kids in tow - I was up shit's creek in debt with student loans at a heart attack amount of over $109,000! When I realized how much money I owed the Department of Education, I pulled a Fred Sanford, clinched my bosom and started hollering for some broad named "Elizabeth."

My self-entrapment in my bullshit fantasy of a great job and a great life simply because I got some nonsense masters degree on my resume was hands down the dumbest dumbassity I ever got myself into. I didn't want to have financial set backs like my parents and here I am hoping to hit the lottery or nail a generous sugar daddy.

I stressed daily. I found myself shamefully taking my frustration out on my kids. I just wanted to find a cliff and jump. I wanted to uppercut everyone who graduated with no debt.

More so, I wanted to foot slap myself for being such a fucktard. How can I save for two college educations? How can I afford a house or a new car? My rickety 2-door Chevy was on life support and a brand new car was out the question.

On top of all that depression, again, I was a single mom.

My situation was bleak. I even contemplated giving a family member temporary custody of my children, going into the military and just treating my life as a tax write off.

Until something weird happened--something that most people don't do with student loan debt. Something that, on the outside, would be deemed irresponsible and tacky.

I simply made a decision to not give a shit about it anymore.

My student loans...well...it is what is. Why stress about it? I have a shit load of debt that I have to dig out of. Period. I am not the only person in the world with financial issues. 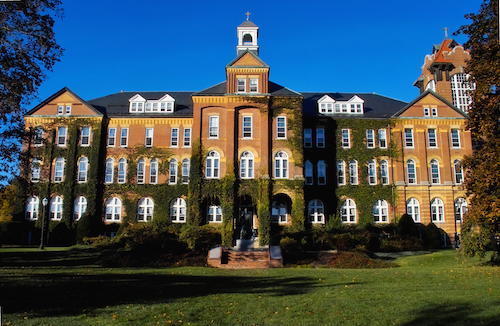 Luckily, after I took off my pity party panties and got real with myself, I realized my life had to change like yesterday.

The first decision in not giving a fuck about my student loans is enrolling in a repayment program. The Department of Education offers several repayment plans that make payments more manageable. I currently take advantage of the Income Based Repayment program which calculates your payments based on current income, not what you owe. Albeit, my payment amounts barely scrape the debt plate, but my credit is not suffering and with 20-25 years of on-time payments, my remaining balance goes bye bye!

With an automatic deduction coming out of my paycheck monthly, I truly do not give my student loans much thought anymore. As long as I keep a job, my loans will be satisfied monthly, giving me a chance to give a damn about more important things.

The second thing I did was budget like the rent is due everyday! Life is not about me anymore; it's about providing better for my daughters. Instead of spending my tax return on nonsense shoes and lavish toys my kids will play with for 10 seconds, I started appreciating thrift stores. I also started an emergency savings earlier this year, saving nearly $4,000 to date. With my efforts on living a financially minimalist life, I'm able to do all the things I thought I couldn't do due to stressing and whining about my student loans. But the moment I stopped giving them so much emotional energy, I found my financial life improving within a few years:

The last thing I did to not give my student loans so much thought was I quit blaming myself. I do not regret going to school. Like the millions of other students who contributed to the $1.2 trillion student loan tab, I had all the right intentions in the world and I don't regret trying to create a better life for my family. Could I have tried a little harder at getting scholarship money? Could I have tried to find cheaper classes through community colleges? Could I have just done shit better and smarter?! Yes, yes and yes; I'll admit that. And I will even tolerate all the potential Negative Nancys and Travis Trolls that will have something demeaning and belittling to say about me (to which, I also don't give a fuck).

But ultimately, it's too late for reflection and woe-is-me talk. Why stress over what I cannot change? I can only do my best at being financially smarter for my family's future but tripping about what it will never be is simply counterproductive. There is something to speak for not stressing out about debt. For me, I was able to focus more on the management of my debt than the debt itself and that made the world of a difference in improving my finances.

So, please don't think your financial life is suicidal simply because you have significant debt. If you are contending with massive student loan debt as well, take a breather and look at some repayment plans available to you. Take advantage of one of them, and then simply focus on something else. Spend time managing your money better, hang out more often with your family, start that book you've always dreamed about writing or start blogging. You'll be doing something you love while meeting your student loan obligation.

Seriously though...just try it for a few months. I promise, you'll stop giving a damn too.