This year, 2015, is the centenary of the foundation of the Nonpartisan League (NPL). The NPL was founded in the American Midwest and arose out of the cooperative movement popular here. It was a farmer-based movement offering an alternate vision of capitalism, one in which the state would compete with the monopolies that were exploiting the small producers. 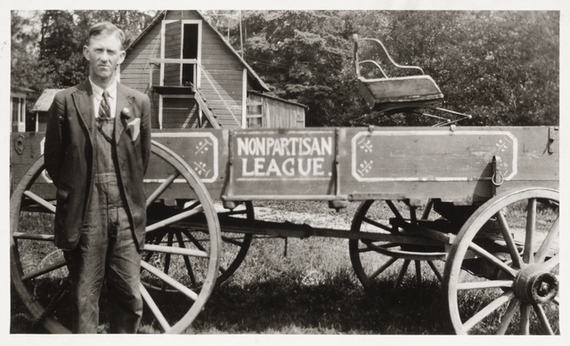 The NPL practically invented grass roots organizing, and would support candidates from either party who supported its platform (hence "nonpartisan"). The League advocated for economic reforms to help farmers who were being exploited by business interests, such as grain elevators, stockyards, and other middlemen. "We'll stick" was the group's rallying cry, as seen on the pennant below. 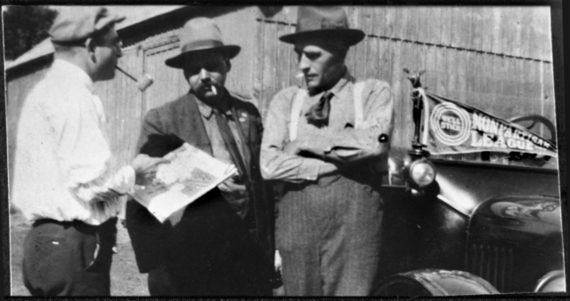 The NPL was in operation in 13 states as well as Canada, but it met with its greatest success in North Dakota and Minnesota. This is an image of Minnesota members in 1917.

Pamphlets and newspapers played a hugely important role in the development of the movement, leading to corresponding anti-NPL pamphlets. While not as immediate as our instant commentaries of today, these pamphlets were a quick way to make arguments heard. The rise of the NPL was also one of the earliest political movements to be heavily photographed; seen here are members with The Nonpartisan Leader. 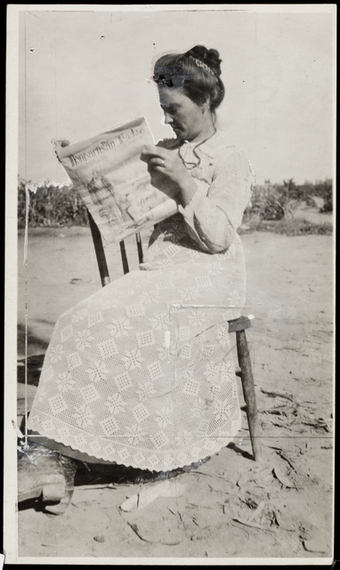 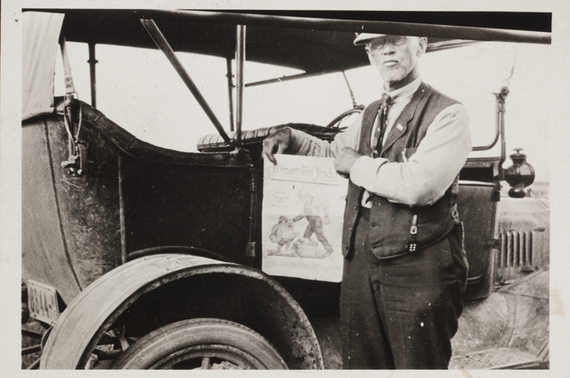 World War I brought about suspicions of the potentially socialist nature of the NPL, which was then followed by prosperity in the 1920s for farmers. These two occurrences took away much of the need for the NPL. It eventually developed into the Farmer-Labor party in Minnesota, which later merged with the Democrats. The Democratic Party in Minnesota is still known as the DFL. 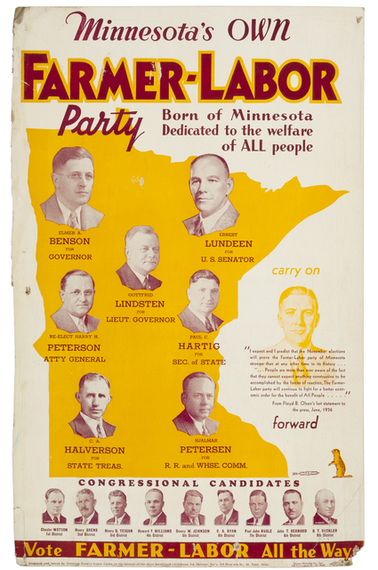