The new Miami residential tower arms race has expanded to your biceps.

As cranes dot the skyline again and developers ramp up amenities in competition -- car elevators! aleros! pools that make us feel faint! -- one planned new condo building is focusing on even more fitness, perhaps the most Miami feature ever.

While gyms and rooftop pools are de rigueur these days, the Sieger Suarez-designed 1010 Brickell will feature not only an impact-absorbing outdoor running track (!) and squash, volleyball, soccer, and basketball courts, but a two-story glass rec center on the 11th and 12th floors with a children's gym, gaming arcade and social room. According to the folks behind the project, the transparent design will ensure children can be seen by their parents from anywhere in the gym -- and come with a parent/child wristband system for additional security.

1010 Brickell, which will replace a parking garage, doesn't officially launch until February, when one bedrooms are expected to start at $300,000 according to The Real Deal. But go ahead and check out the first interior renderings below, exclusive to HuffPost: 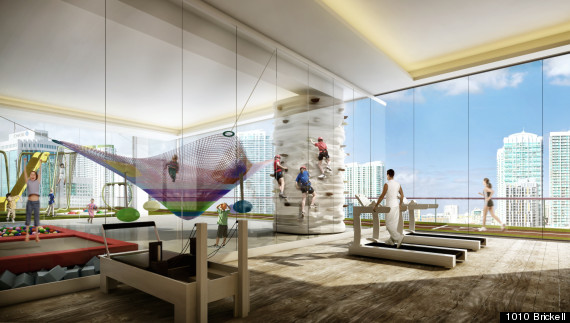 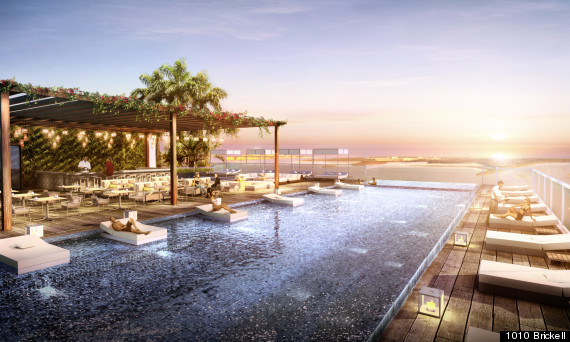 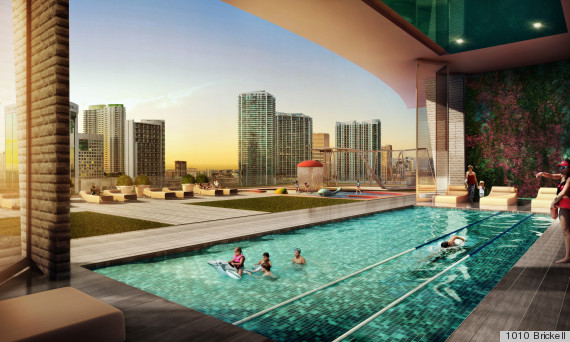 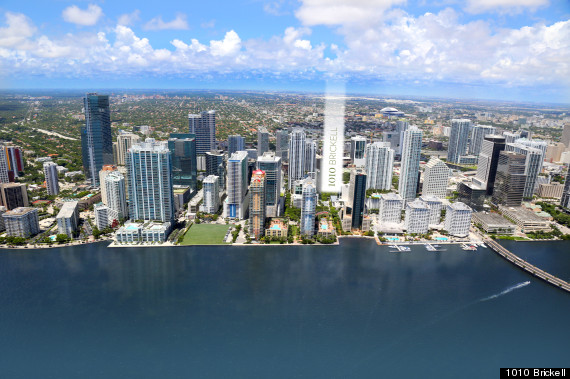 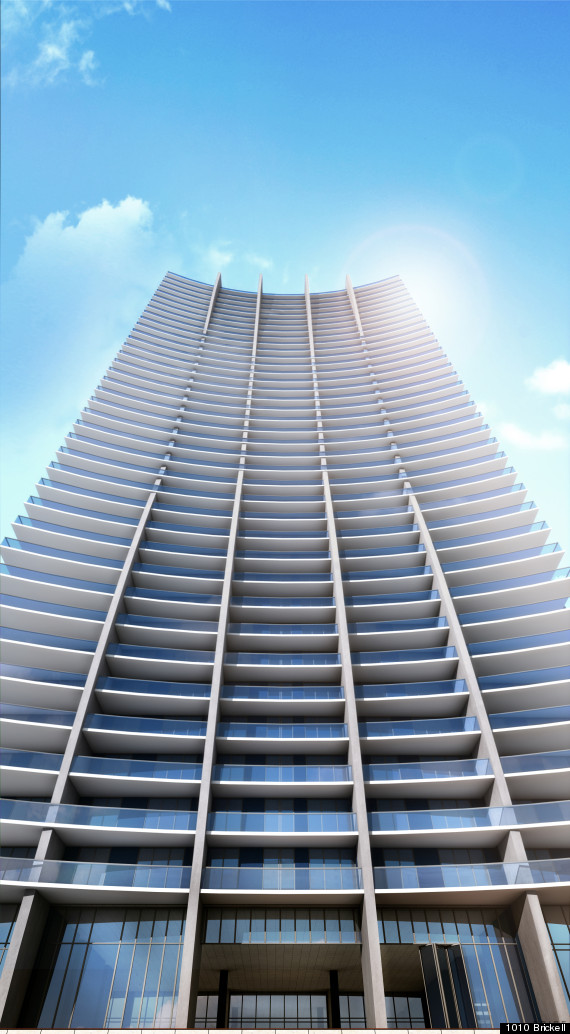