At 104, we imagine there's not a lot you haven't seen or done. Perhaps that's why centenarian Jack Reynolds decided to celebrate his birthday by getting his very first tattoo.

The great-granddad broke a Guinness World Record by getting inked, becoming the oldest person to receive their first tattoo.

The Chesterfield, England native's choice of tat was simply his nickname and date of birth -- "Jacko 6.4.1912."

Though it was his first time going under the tattoo needle, Reynolds seemed relaxed joking, "I'd rather be doing this than getting a haircut," and praising his tattoo artist for being "so gentle!" His daughter and grandson were right there with him, also getting tattoos, for moral support.

Other post 50s have gotten inked in their golden years, to commemorate some sort of milestone and to show that age really is just a number.

Reynolds' feat helped raise over £2,450, or approximately $3,400, for a local hospice. It's not the first time the centenarian has braced for a challenge to support a good cause. At age 102, Reynolds raised money for the ALS Foundation by partaking in the popular ice bucket challenge. 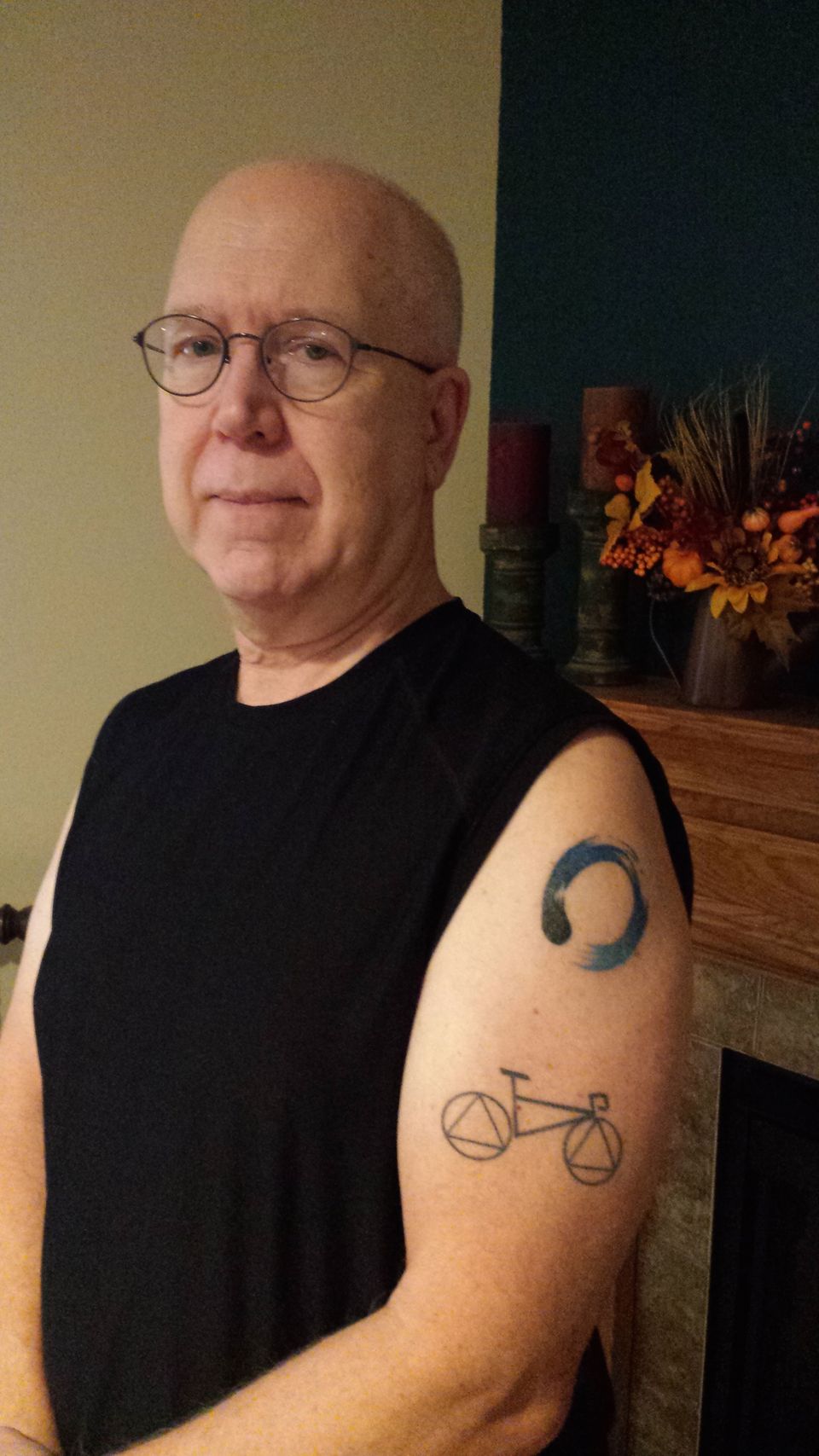 1 / 8
Ken Presley, 65
<i>&ldquo;My wife and I started dating at age 60 and she said she would like to get a tattoo, but was afraid to go through with it. When she retired, her co-workers gave her a gift certificate to a local tattoo parlor. It was a challenge to her to follow through with what she had said so many times earlier. So at age 63, she and I both got our first tattoo. I loved the look so much, I got another one at age 64 &hellip; and another this month at age 65. Yes, already planning more!&rdquo;</i>
Ken Presley