It all began with over 300 pre-registered teams, which led to over 20 competing teams. And then there were 10. That's right. After considerable evaluation and deliberation, it's time to reveal the 10 finalists in the running for the $10M Qualcomm Tricorder XPRIZE. These are the select few advancing in the global competition to create an affordable, portable, wireless, Star Trek-inspired scanning device that will monitor and diagnose medical conditions quickly, easily, and non-intrusively. The winning device will weigh no more than five pounds and will provide user-friendly assessment and monitoring of five vital signs and 15 different medical conditions including diabetes, pneumonia, and the bane of every parent's existence -- an ear infection.

Congratulations to everyone who made it this far: your creativity and commitment to innovation and inventiveness has been nothing short of inspiring.

And the 10 finalists from 7 countries are:

"We check the news. We check the weather. We check our texts; we check our tweets. Our email. Facebook. Amidst this wealth of information, we don't check our bodies. With medical providers around the globe taxed for resources, we need to start taking charge of our own health." So says Team Aezon, founded in 2012 by students at Johns Hopkins University. Under the leadership of biomedical engineering major, Tatiana Rypinski, they've put together sensor prototypes and version 1.0 of their smartphone-based UI. Next up will be the addition and integration of more diagnostic systems, and the continued improvement of the user experience.

Attending physician, Assistant Clinical Professor of Medicine, former astronaut candidate and Chief Medical Officer of Biosign Technologies, Dr. Sandeep "Sonny" Kohli certainly didn't start Team CloudDX out of boredom. A tight-knit group of programmers, software architects, and biomedical engineers, CloudDX is poised to take some of Biosign's existing solutions, including its Cloud Diagnostics™ tech and Pulsewave™ health monitor, and run with 'em. "Our software can already assist doctors to screen for hypertension, chronic obstructive pulmonary disease, and heart arrhythmia. So, competing for the XPRIZE takes us further down our technology road map -- we hope all the way to victory!" 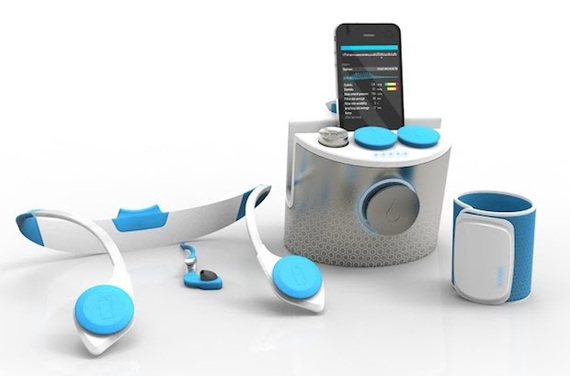 Team Danvantri derives its name from the god of Ayurvedic medicine who also serves as physician to the Hindu divine. Led by Sridharan Mani, Danvantri's members have over 200,000 man-hours of experience in IT and embedded systems. "We hope to create a platform for transforming healthcare, making health a part of individuals' daily lives, and helping everyone to stay healthy and fit independent of visits to clinics." Their current device, which incorporates all-in-one blood pressure, temperature, and pulse oximetry, is awaiting clinical trials; the next phase will see the integration of ECG and blood chemistry analysis, among other things. 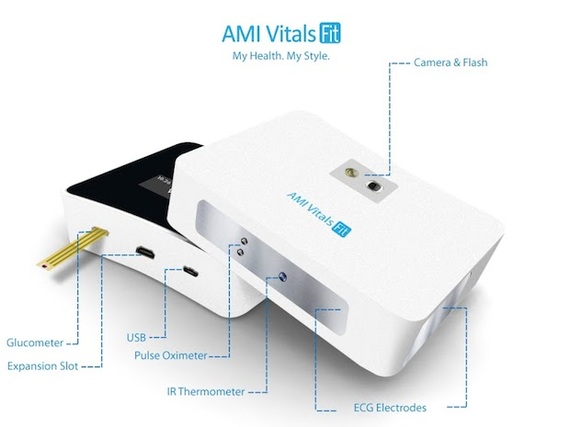 Though it's not strictly part of the requirements, Team DMI's rHEALTH sensor has already been tested in space. Dr. Eugene Chan, founder and president of the DNA Medicine Institute and holder of over 40 patents, may simply be thinking ahead. "We believe that fundamental change in medicine needs to be driven by advances in technology. In particular, we share the vision that consumers are the best advocates for their own health, and when empowered, will be able to take care of themselves in ways that we have yet to imagine. This will ultimately lead to lower healthcare costs, better care, and longer lives." The current version of the rHEALTH sensor is designed to assess hundreds of clinical tests using a single drop of blood or other bodily fluid. 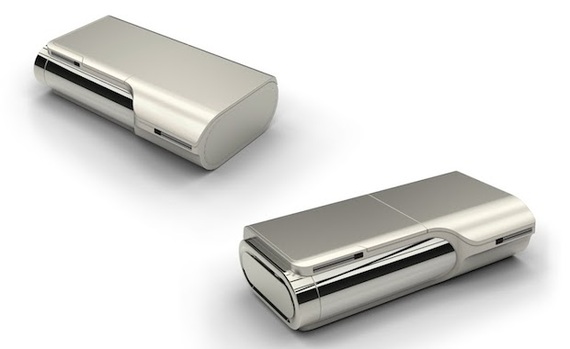 The Dynamical Biomarkers Group hails from the Center for Dynamical Biomarkers and Translational Medicine at Taiwan's National Central University. Their leader, Chung-Kang Peng PhD, happens to be the NCU's Dean of Health Sciences and Technology, and has been working at the intersection of statistical physics and biology ever since grad school. Over the years, he and his collaborators have developed "several useful concepts and computational techniques, including the theory of physiologic complexity, and proposed the concept of dynamical biomarkers that can be utilized for disease diagnosis. These new approaches have a wide range of applications in multiple disciplines, such as mathematics, physics, economics, biology, and clinical medicine." Appropriately enough, the Dynamical Biomarkers Group includes a multidisciplinary team of clinicians, medical researchers, physicists, applied mathematicians, computer scientists, and engineers. 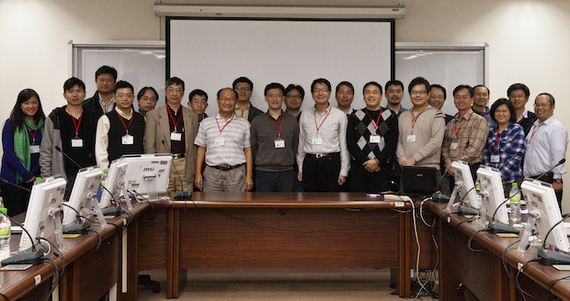 A surprisingly high percentage of patients in an emergency room aren't in imminent danger; they're just looking for a timely diagnosis and advice on what to do next, and they've got nowhere else to go. As an ER doc with a PhD in engineering, Dr. Basil Harris and his team, Final Frontier Medical Devices, is ready to do something about that. Their solution is called DxtER (pronounced "Dexter") and combines a handheld sensor array with a tablet-based user interface and AI diagnostic engine capable of analyzing data, requesting further input, and arriving at a diagnosis. "I'm an ER doc; what I do every day is make diagnoses. That is my job boiled down to its core. I figure out, or at least try my best to figure out, what a patient's symptoms mean and what has to be done. Our device is smart and simple, giving people the help and answers they need when they need them the most."

Straight out of Ljubljana, Team MESI Simplifying diagnostics combines members from Gigodesign, DLabs, the Jozef Stefan Institute, the University of Ljubljana, and MESI to form a Slovenian health technology powerhouse. Team leader Jakob Susteric founded MESI two years ago with the goal of creating medical devices that were reliable and easy to use, soon delivering a solution for diagnosing peripheral arterial disease. "We are proud to be one of the most successful startup companies in Slovenia and to be the youngest company in the country that has received ISO9001 and ISO13485 certificates. But we are the most proud of our goal to simplify diagnostics and bring it to a primary healthcare level, when there is enough time to react."

"Scanadu believes that our generation will be the last to know so little about our own health." Led by former MIT Media Lab sponsor and One Laptop Per Child exec Walter de Brouwer, Team Scanadu operates out of NASA's backyard in Moffett Field, nestled in the heart of Silicon Valley. The crowdfunding campaign for the Scanadu Scout broke Indiegogo's "most funded project" record at the time, and Scanadu has been featured in the New York Times, Wired, Forbes, and Fast Company among others -- many, many others. You've probably heard of Scanadu. 'Nuff said. 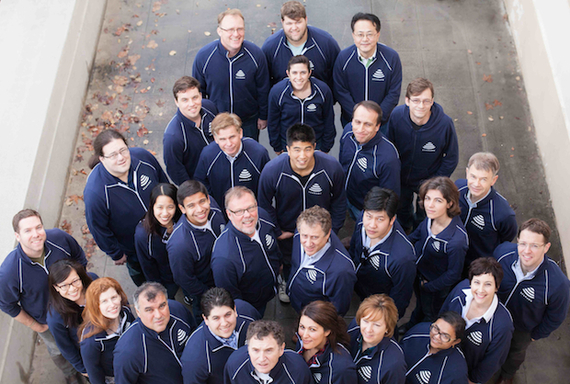 Drawing on 20 years of experience working with pharma, biotech, healthcare, and diagnostic companies all around the world, Anil Vaidya founded Team SCANurse with the belief that "the time is right for a change in the way personal medical diagnoses are handled." Holder of a Master of Biomedical Engineering from Rutgers, Vaidya is current life science advisor to the office of the Mayor of London and has a unique understanding of how global partnerships can help bring his vision of the future of medical diagnostics to life.

Team zensor has been developing wireless, wearable, non-intrusive health monitors for a decade. Based at Intelesens in Belfast, Northern Ireland, zensor is led by chief technology officer Jim McLaughlin and has various partners in clinical diagnostics and cardiology. "Consumers have become more and more informed on their own health -- wearable fitness technology has established a firm niche -- however, to date, technology has not been capable of supporting true consumer healthcare needs. The zensor team is passionate about delivering cutting edge technology tested for both accuracy and safety to support this demand." Team zensor's current device incorporates ECG, motion, and respiration algorithms; their next version will measure blood oxygenation.

Congratulations, finalists! Now the real work begins. We're expecting the first prototypes by next March at the latest, after which we'll start the six-month consumer-testing phase. We'll be checking in from time to time right up until the final judging and validation. Then, just in time for the 50th anniversary of Star Trek, we'll award the prize in early 2016. See you in sickbay! Remember, that's deck 12, section 28. Good luck!

Jon Sung is a contributing writer for XPRIZE and copywriting gun-for-hire to startups and ventures all over the San Francisco Bay area. When not wrangling words for business or pleasure, he serves as the first officer of the USS Loma Prieta, the hardest-partying Star Trek fan club in San Francisco.