Have you ever been to a place that's so painfully beautiful, it seems as though you've walked straight into a postcard? Anytime I visit these "postcard places," I feel as though my eyes are playing tricks on me. Except, they're not, and what I'm seeing is very much real.

I have visited some amazing places around the world, but there are 11 in particular that stand out to me as truly unbelievable. Here are my top 11 places that look like a postcard:

Santorini, Greece
Talk about a place that is literally a postcard come to life. The island of Santorini in Greece is unlike anywhere else I have ever been. Shining white buildings on reddish brown cliffs in the middle of a startlingly blue sea. Everywhere you look, it's incredibly beautiful. On top of that, the people are friendly, the food is ridiculously good and the sunsets are out of this world. 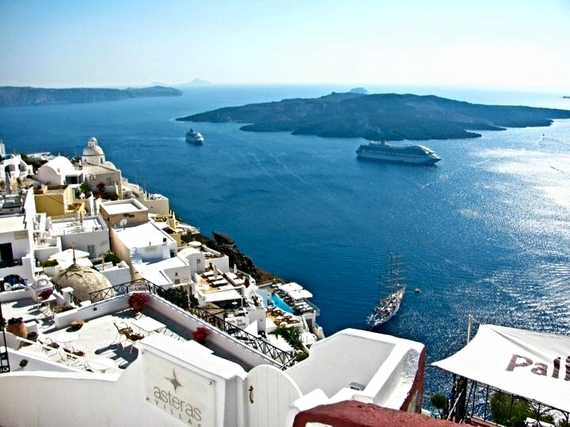 Amalfi Coast, Italy
I suspect every inch of Italy is beautiful, but of the Italian cities I've visited, the Amalfi Coast stands out to me as the most breathtaking. During my stay there, I spent time mostly in Positano, Ravello and Amalfi. All three towns had their own ambiance but they shared the common trait of being jaw-droppingly gorgeous. 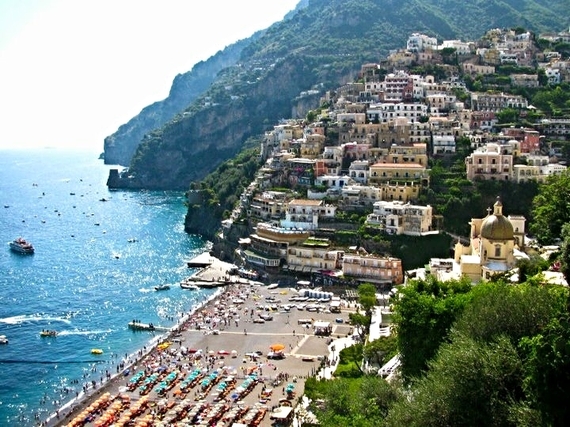 Eze, France
Continuing the theme of beautiful European places along the water, the medieval village of Eze in the French Riviera is situated on cliffs high above the Mediterranean. Visiting Eze feels a little bit like stepping back in time, with narrow pathways and an abundance of cobblestone. Throw in the views of the Côte d'Azur, and you're good to go. 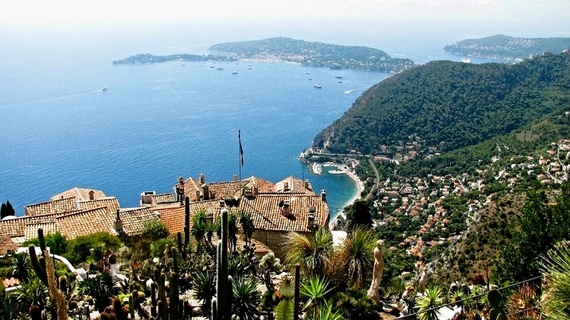 Taj Mahal, India
Arguably the world's greatest display of love and unquestionably the most outstanding showcase of Mughal architecture, the Taj Mahal is, quite simply, amazing. From every angle, this wonder of the world is incredibly impressive in so many ways. While this monument does tend to get very crowded, if you go early in the morning when everything is relatively quiet and still, this place is a sight to behold. 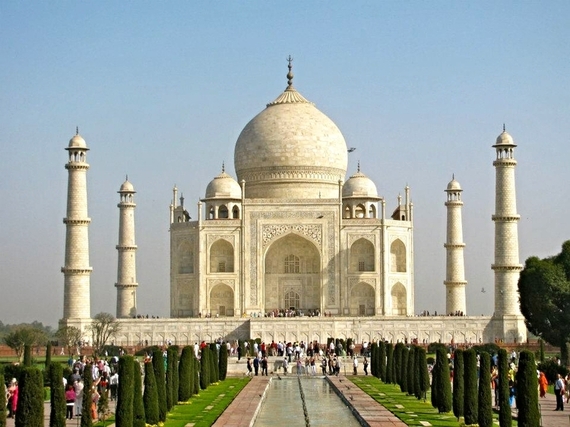 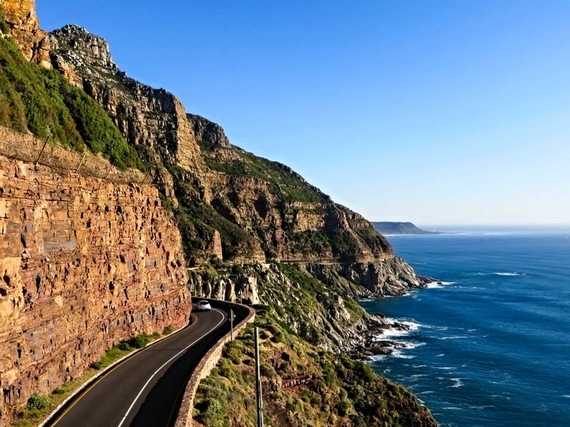 Maracas Bay, Trinidad
While visiting a friend in Trinidad during my "Birthday Ex-Travel-Ganza," we decided to check out Maracas Beach. On the way there is a lookout point where you can see Maracas Bay in its entirety. If you are ever in Trinidad, I strongly urge you to stop at this lookout. The view is easily one of the best on the island and in all of the Caribbean (according to me). 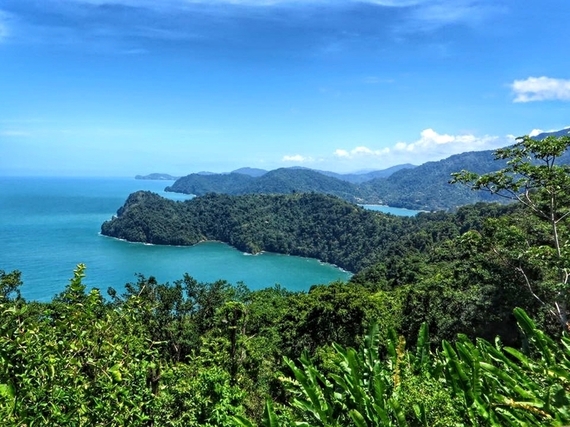 Chichen Itza, Mexico
Similar to the Taj Mahal, Chichen Itza is really remarkable in person and a beautiful example of Mayan architecture. In particular, I found both El Castillo and the Temple of the Warriors extremely impressive. Despite the numerous crowds and selfie sticks jutting out into the air, you're still able to appreciate everything and can easily see why it's a new wonder of the world. 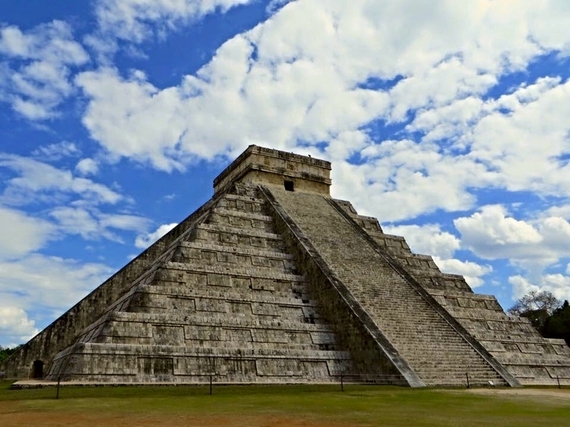 Blyde River Canyon, South Africa
Another South Africa favorite that blew my mind, Blyde River Canyon is the largest green canyon in the world, and it is so gorgeous, I still don't think it exists. It may just be a figment of my imagination. If it is, I have a great imagination, and I hope it never goes away. This is another must-visit destination in South Africa that still feels a little bit off the beaten path. 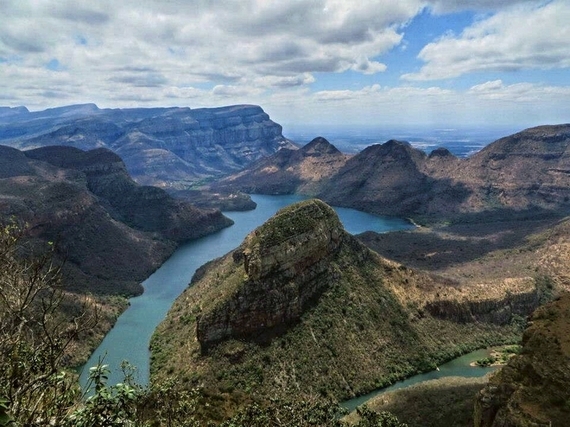 County Clare, Ireland
Before going to Ireland, I had all these ideas about what the country looked like (green) and what I would see there (a lot of green things). Turns out there's a lot of green (knew it), especially when driving around the glistening County Clare. I say glistening because while I was there it rained, but then the rain eventually drifted away, leaving everything incredibly vibrant, shiny and a wonder to behold. 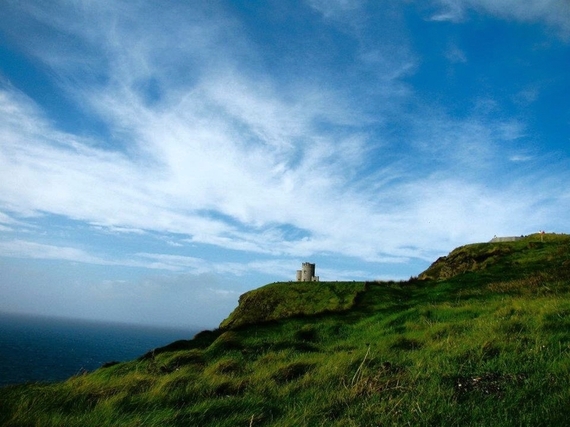 Blue Lagoon, Jamaica
Jamaica is my favorite island in the Caribbean, mainly because it's where my family is from, but I also think it's a beautiful place with great people, delicious food and the best music in the world! While there are many places on the island that look like a postcard, my favorite is the Blue Lagoon in Port Antonio. The color of the water is a very vivid turquoise surrounded by lush, green surroundings. It is truly an oasis. 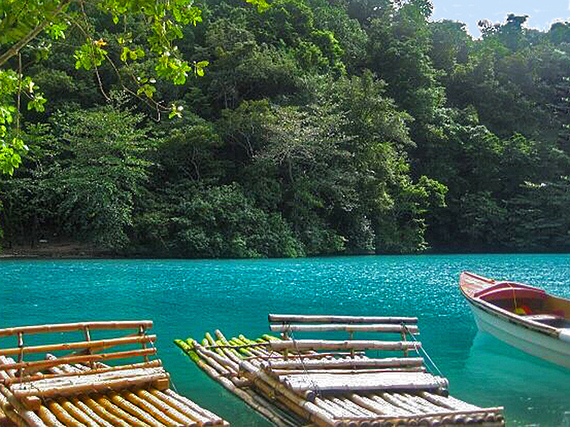 New York City, United States
I included my city of residence, but I like to think my decision to do so is unbiased. By no means is New York considered clean or beautiful in the way the Amalfi Coast is beautiful, but on a nice day, New York is the best place in the world (okay, maybe that is me being biased). The skyline never gets old, and if you look out from one of the city's numerous rooftops, you feel as though you're on top of the world. 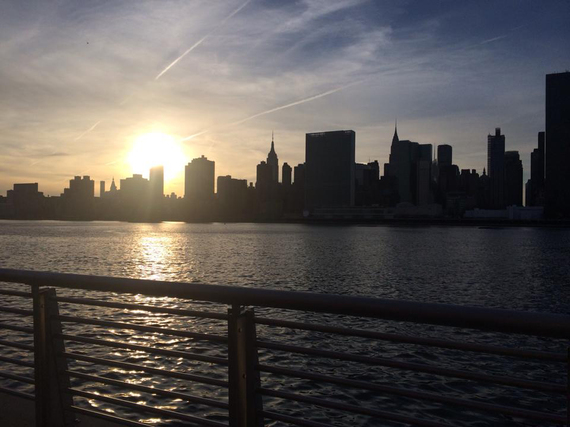 Which places have you visited that look like a postcard?

Related posts on The Globe Getter:
I Did Not Quit My Job to Travel the World
4 Ways to Get Over Your Post-Travel Blues
Your 10-Step Guide to Traveling the World