I'm pleased to say that 2011 was an exciting entry into a new decade of architecture, especially given the prologue put forward by the close of the prior decade. There's undoubtedly continued heartache for all constituents of the construction industry, as the debt crisis continues to sprawl, such that the contagion almost feels more severe in the past four months than the past four years. However, concurrently, we're seeing technology at large, in particular, information technology and sustainability practices, pierce the visual veil so deliberately and directly, not just as a tool to facilitate documentation or fabrication, but rather as a philosophy that is addressing conceptual design strategies at their core. Essentially, the output is a new standard whereas architecture is more seamlessly engaging with its patrons, its site, its environment, and often a combination of these elements.

Assembling this short-list of projects was an arduous assignment, but hopefully readers will enjoy the 11 most meaningful architecture moments of 2011. 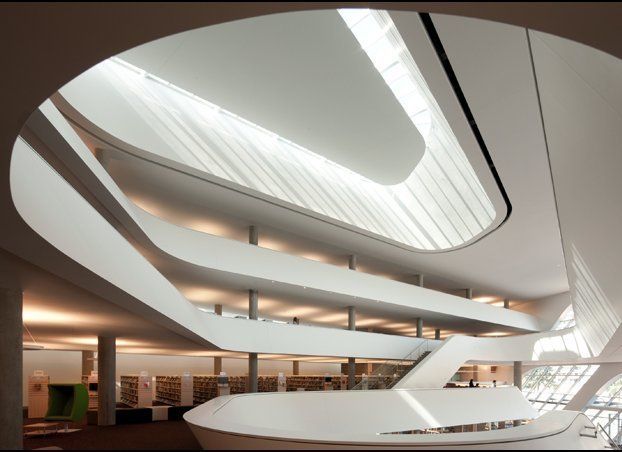 1 / 11
Surrey City Centre Library, Surrey, British Columbia
Designed by Bing Thom Architects. 2011. Given time constraints imposed on federally funded projects, Bing Thom Architects leveraged social media technologies to streamline community consultation. The end result is a piece of architecture that reflects multiple points of view, shall we say, influenced by the wisdom of the crowds. Surrey supports the changing role of the library, and additionally incorporates the needs of the client and the ideas of the community; but at the same time, Surrey is also a marvelous construction delivered on time and on budget. Photographed by Nic Lehoux, courtesy of Bing Thom Architects.