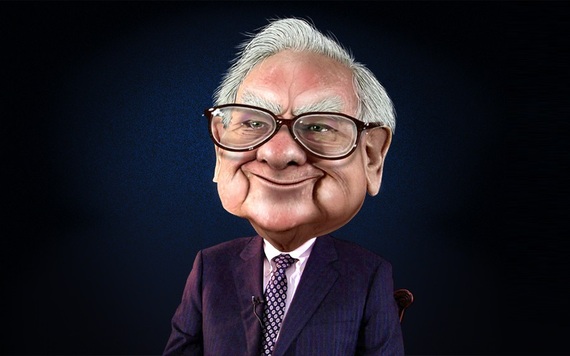 When it comes to his stock picks, marquee investor Warren Buffett is both stubborn and predictable.

So when Buffett does something like going on CNBC's Squawk Box and bashing Bitcoin, as he did last year, it's shocking to nobody.

Still, just because he's reliable doesn't mean the Oracle is incapable of surprising us. We dug up 13 companies you'd never think Buffett would love -- from Coke's biggest competitor to an ascendant tech company that's probably on the home screen of your smartphone.

Here's who Buffett has been carrying a torch for, all these years.

The San Francisco-based platform, which connects travelers across the globe with spare rooms and houses for rent (sometimes even the odd yurt), doesn't exactly have Buffett written all over it. For one, it's a tech company -- and not the pedigreed, IBM-type of tech company the Oracle trusts, but a 2008 startup that grew into $10 billion in a little more than half a decade.

Even so, Buffett gave the site a glowing endorsement in this year's letter to Berkshire Hathaway shareholders, recommending it to anyone visiting Omaha for the annual shareholders meeting.

"Airbnb's services may be especially helpful to shareholders who expect to spend only a single night in Omaha and are aware that last year a few hotels required guests to pay for a minimum of three nights. Those people on a tight budget should check the Airbnb website," Buffett wrote.

Shortly thereafter, the Oracle's own childhood home went up on Airbnb. The site sponsored a contest letting one lucky shareholder win a three-night stay in the house where Buffett "launched his trailblazing (money-making) career."

That's probably the closest a new tech company has gotten to getting in bed with Buffett yet.

Warren Buffett, clad in leather chaps and a biker jacket, the wind whipping through his tufts of hair -- somewhat of an incongruous picture, no?

Perhaps, but that's the image conjured up when Berkshire Hathaway acquired a German motorcycle gear company in February 2015 for a reported $453 million.

As far as Berkshire Hathaway holdings go, Louis is a fairly boutique company -- just 71 stores throughout Germany and Austria, according to the Financial Times. Still, Buffett saw the acquisition as a gateway to more European deals, telling the FT, "I like the fact that we have cracked the code in Germany."

Here's an interesting Buffett contradiction: If you asked the Oracle where you should put your long-term savings, his advice would likely not be "my own holding company."

In his 2014 letter to Berkshire Hathaway shareholders, Buffett offered his No. 1 investing tip: Put your estate in the S&P 500. It's a slow-growth, rather boring product that, Buffett says, will offer the most guaranteed return long-term -- and it's where he's invested his wife's bequest.

"My advice to the trustee could not be more simple: Put 10% of the cash in short-term government bonds and 90% in a very low-cost S&P 500 index fund. (I suggest Vanguard's.)" Buffett wrote. "I believe the trust's long-term results from this policy will be superior to those attained by most investors -- whether pension funds, institutions or individuals -- who employ high-fee managers."

If motorcycles aren't Buffett's speed, perhaps farm equipment is a little closer -- a little. In March 2015, Buffett revealed he now has 5 percent stakes in Deere & Company, which produces agriculture, construction and forestry equipment.

According to TheStreet, Buffett was able to keep this holding private using a non-disclosure loophole to keep other investors from following suit as he grew his position in the company. On closer look, however, it's not surprising Buffett bought stocks in Deere -- it's a text book value investment, with the company trading lower because of a drop in agriculture sales thanks to cyclically low grain prices. Grain gets more expensive, profits go up, stock goes up: Buffett makes his profit.

Buffett's allegiance to Coke -- and his never-ending consumption of it -- is as crucial to the investor's mythology as Omaha and Benjamin Graham. "I'm one-quarter Coca-Cola," he told Fortune in a February 2015 interview, in which he divulged he drinks at least five Cokes a day. Buffett also owns about 9 percent of Coca-Cola; it's his second biggest holding, after Wells Fargo.

But it was the other brown drink that made Buffett a tidy and quick profit when Pepsi ran its Billion Dollar Sweepstakes back in 2003. The details of this contest sound like something out of "How to Succeed in Business Without Really Trying"; in a two-hour, live broadcast on the WB Network (remember that?), 1,000 contestants were whittled down to 10, with one given a 1-in-1,000 chance of winning $1 billion. (And a monkey would pick the winning number.)

The problem was Pepsi didn't have $1 billion to lose. But Buffett did. Given the minuscule odds of someone taking home the billion, Berkshire Hathaway insured the company for an easy $10 million profit.

Buffett has long tended a love of print journalism that he promised The Daily Beast in a 2012 interview isn't "soft-headed." But it's hard to see the Oracle continuing to buy up flailing newspapers as anything else but cute and kind of misguided, given how badly print journalism is struggling across the country.

Buffett's most famous stake is probably in The Washington Post -- he invested in the early '70s and helped shepherd the paper through the next couple of decades alongside publisher Katharine Graham. (Buffett was reportedly in talks to relinquish his $1.1 billion dollar stake in the company last year, several months after the Graham family sold the paper to Amazon founder Jeff Bezos.)

Buffett also bought his hometown paper, the Omaha World-Herald, in 2011, which was viewed by many as a largely sentimental move, especially because he had, just two years earlier, decried the "nearly unending losses" many newspapers face.

For all his guff about technology, Buffett owns a surprising number of tech stocks, including telecommunications giant Verizon; in fact, it constitutes one of Berkshire Hathaway's biggest holdings.

Buffett first invested in the company at a seemingly inauspicious time to do so; it was late March 2014, less than a year after Verizon had sold off $49 billion of bonds in a corporate debt offering that roughly equaled all outstanding obligations in the Slovak Republic, according to Bloomberg. It was the largest corporate debt move to date in the U.S., and Verizon used it to help buy out partner Vodafone's stake in Verizon Wireless.

In reality, this move positioned Verizon to increase its earnings by about 16 percent, according to calculations by The Motley Fool; this is because, previous to the buyout, most of Verizon Wireless' earnings were going to Vodafone. Buffett, in true Buffett style, was able to see past the company's significant baggage to its real future earning potential -- and committed to waiting.

He's not necessarily a company, but he certainly was a commodity that paid dividends for Buffett in the '90s.

According to Berkshire Hathaway's 1995 letter to shareholders, the holding company insured Tyson for "a sum that is large initially and that, fight-by-fight, gradually declines to zero over the next few years."

Much like Buffett's fairly safe Pepsi sweepstakes gambit, it paid off easily. "If Mike Tyson looked any healthier, no one would get in the ring with him," Buffett wrote.

This wasn't the only odd insurance item in the 1995 letter; Buffett revealed Berkshire also insured the launch and a year of orbit for two Chinese satellites, as well as Lloyd's, a U.K. insurer that was worried about too many of its "names" dying in one year. Success on all fronts, per Buffett: "Happily, both satellites are orbiting, the Lloyd's folk avoided abnormal mortality."

Is Buffett a fan of New Girl?

He bought 4.7 million shares of the 21st Century Fox at the end of 2014, giving him a $161 million stake in the media conglomerate, one of several Berkshire owns shares in, including Viacom (home to MTV and Comedy Central) and DirecTV.

It's interesting that Buffett took a shine to a company helmed by Rupert Murdoch, whose politics sit across the aisle from Buffett's -- and the two have somewhat of a cantankerous past. The Murdoch-owned Wall Street Journal ran an editorial in 2011 titled "Mr. Buffett's Tax Secrets," arguing "the least he can do is show Americans why he pays so little."

Buffett's response on CNBC: "Well, I think it might be a terrific idea if they would ask their boss, Rupert Murdoch, and he and I will meet at Fortune, and we'll both give you our tax returns, and you can publish them. ... I'm ready tomorrow morning."

It didn't happen -- but now they might be able to write off a business lunch together.

At Berkshire Hathaway's annual shareholder meeting this May, the first question from the audience concerned Buffett's relationship with 3G Capital, a private equity firm that is famous for buying out other companies, inserting its own people as executives at these companies and slashing jobs.

A partnership between 3G and Buffett -- which has helped spur many deals for Berkshire Hathaway, including the 2013 acquisition of Heinz -- doesn't seem to quite jibe with the Oracle's grandfatherly benevolence. (After all, how could someone who buys print newspapers and keeps on the editorial staff stomach the shelving of thousands of jobs elsewhere?)

But Buffett defended 3G at the conference, saying, "Efficiency is required over time in capitalism. I really tip my hat to what the 3G people have done."

Buffett seems to like staying involved with sports. Last year, he teamed up with Quicken Loans to offer $1 billion to anyone who could come up with a perfect March Madness bracket. (Nobody won, of course; the odds were 1 in 9.2 quintillion.)

But the Sage has also expressed interest in football -- specifically the Washington Redskins.

With a net worth of $71.3 billion, it would seem the time has well passed. Then again, the District's franchise comes with a bit more baggage these days, and the investor has expressed in other circles that the Denver Broncos are now his favorite team.

More:
MoneyVerizonpepsiOmaha World-HeraldWashington Redskins
Newsletter Sign Up
Everything you should have learned in school but didn’t
Subscribe to HuffPost’s money and living email.
Successfully Subscribed!
Realness delivered to your inbox