We're manic when it comes to lists. We'll read anything set in a list format from the "Top 10 Best Beach Bodies" to the "Top 10 Worst Things to Say on a First Date." But when you start making lists about what's "most important," then suddenly listing takes on a whole new meaning. People hold their breath and hope that what they find sacred in their own lives will be cherished by others as well. The pressure of creating this kind of list can be daunting, and I feel it even now, even after my list of the "Top 11 Most Important Southern Novels" has been completed and posted and there is nothing I can do to change it. Wait, can I change it?

I ask this question because there's a good chance that entire towns in the South will now turn against me for leaving their native son, "-----," off my list. For the next several days, I plan on fielding phone calls and emails from frustrated friends and family who say things like "You clearly haven't read '-----.' She's a real Southern writer." Let me attempt to get out ahead of these criticisms; when I say "important," what I mean is "important to me." Many of these novels are works that aided in my development as a young writer who desperately wanted to become a Southern writer; many of these novels aided in my development as a young man who found himself questioning what it means to be "Southern" and to have people, for reasons good or bad, describe you that way.

There are certainly glaring omissions from my list: The Adventures of Huckleberry Finn, Absalom! Absalom!, The Awakening, and The Color Purple, just to name a few. These are all incredibly important works, and American literature, especially Southern literature, wouldn't be complete without them. But they didn't affect me as much as the books on my list. But that won't matter to die-hard fans. There will be those who could fill all 11 spots with the works of William Faulkner alone or limit it only to writers from the state of Georgia.

Perhaps my sweet tea at Bridge's BBQ in Shelby, North Carolina will now be secretly "sweetened" with salt because I've left Thomas Dixon off the list, and my claim to Louisiana as my "second home" will be questioned after snubbing Confederacy of the Dunces. But such is the danger of making these lists. That being said, here's mine.

Wiley Cash is the author of the new novel A Land More Kind Than Home. 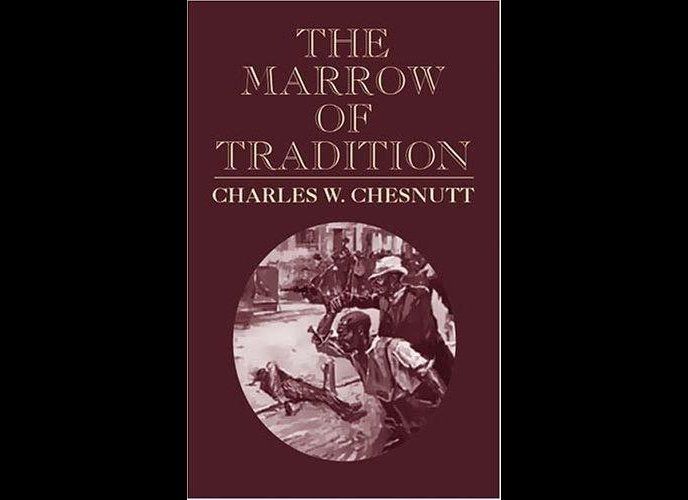 1 / 11
"The Marrow of Tradition" (1901) by Charles W. Chesnutt
In 1898, in Wilmington, North Carolina, white supremacists suppressed the African American vote on Election Day by murdering innocent civilians. At dusk, hundreds of black citizens fled and never returned. Local and national newspapers either refused to cover the event or printed misleading information to minimize the bloodshed. Ironically, Chesnutt's fictionalized version of events was more accurate than any contemporary report. In 2006, <em>The Raleigh News and Observer</em> retracted century-old stories and dedicated several itself to reporting the event accurately. <em>The Observer</em> also ran a study of how North Carolina's textbooks misrepresented the race riot through revisionist history. As the country's best-known black novelist, for Chesnutt to write this book at the turn of the twentieth century was brave; to write it only three years after the event itself was heroic.