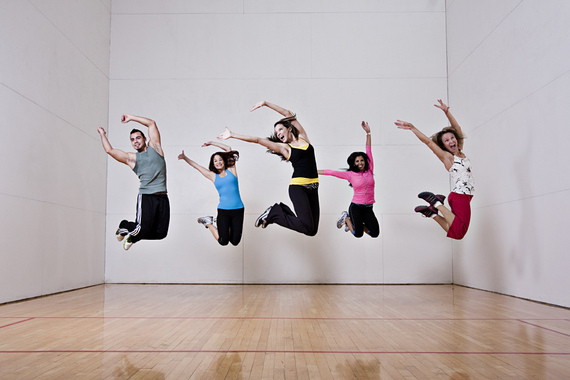 I was looking for inspiration when I began this column -- trying to find examples of extremely successful entrepreneurs who had founded their companies while they were working for someone else.

It turns out these stories are fewer and farther between than many moonlighting, wanna-be entrepreneurs would like to believe. (Got some good examples that I should feature in a future column? Let me know.)

That said, there is no shortage of people who took their passions--the things they would and often did do for free -- and turned them into wildly successful new ventures.

Here are 11 such people who pursued their passions with faith that fortune would follow.

1. Brandon Stanton
Stanton arrived in New York from Chicago in 2010. A self-taught photographer who had just wound up his short-lived bond trading career, he had the goal of photographing 10,000 people on New York City streets. His photoblog was basically ignored for the first year, but then it took off. Now, Humans of New York is massively popular, and Stanton has parlayed his success into two book deals.

2. Jim Koch
A Harvard Business School graduate and consultant with Boston Consulting Company, Koch took the Austrian beer recipe that had been in his family for generations and used it to launch Samuel Adams (Boston Beer Company). With Budweiser, Coors, and Miller now owned by foreign companies, Boston Beer Company is now the largest American brewery.

3. Al "Bubba" Baker
Baker, a Pro Bowl defensive end in the NFL, always loved food--especially barbecue--and told me in an interview that he was "always cooking" on his days off. After retirement, he launched a successful barbecue restaurant, and patented a way to debone spare ribs. He then convinced investor Daymond John to invest in his company in an episode of Shark Tank.

4. Chris Michel
A former Naval Flight Officer, Michel attended Harvard Business School and then launched Military.com, one of the first social networks in America, and Affinity Labs, both of which he ultimately sold to Monster Worldwide. (I wrote about Michel in my 2010 book, The Intelligent Entrepreneur.)

5. Jennifer Hyman and Jennifer Fleiss
Business school classmates Hyman and Fleiss turned their passion for fashion into Rent the Runway, which now has five brick-and-mortar stores and offers over 50,000 designer dresses for rent.

6. Yvon Chouinard
An avid climber, Chouinard bought a second-hand forge and began to make his own equipment. Ultimately he founded Patagonia, a manufacturer of high-end outdoor clothing that did $600 million in sales in 2013.

7. Debbi Fields
Fields was only 20 years old when she started selling homemade chocolate cookies--a tiny business that she and her husband, Rands Fields, ultimately grew into Mrs. Fields, which now has and 390 locations around the United States and 4,000 employees.

8. Wendy Kopp
Kopp turned her senior thesis at Princeton University into Teach for America, a $229-million-a-year nonprofit organization that places graduates from some of America's top colleges and universities as teachers in challenged public schools.

9. Bill Gates
Right, he created Microsoft. Long before that, however, he was an amateur programmer who was passionate enough about computers that in the eighth grade, he managed to get excused from math class to design things like early video games.

10. Kevin Plank
A football player at the University of Maryland, Plank designed shirts that could wick away sweat, and convinced his former teammates who went on to play professionally to try his product and share it with their teammates. The company that resulted, Under Armour, had $2.3 billion in revenue in 2013.

11. Walt Disney
What did Disney spend his time doing while growing up? Well, working -- but also drawing, from an early age. He was pretty young when he sold his first drawing (of a neighbor's horse). Disney launched several unsuccessful animation companies before coming up with Mickey Mouse in 1928.

This column previously appeared on Inc.com. Image: flickr/edsonhong1. Want to read more, make suggestions, or even be featured in a future column? Follow me on Facebook, or contact me and sign up for my weekly email.