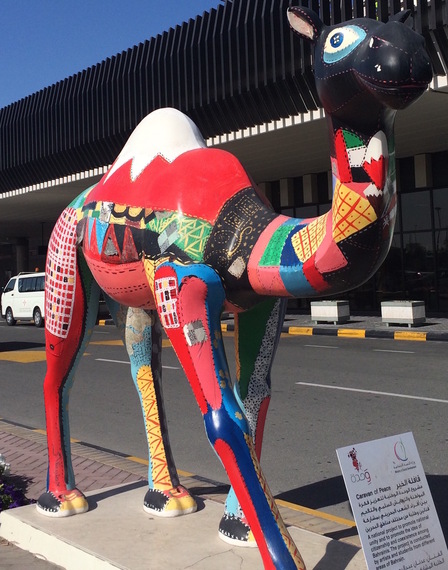 When I recently visited Bahrain, the TSA agent reviewing my passport looked at me curiously and asked me, "Why did you visit Bahrain?" Simple answer: The Kingdom of Bahrain is a great extension to a Dubai or an Abu Dhabi trip. The flights are inexpensive and under an hour.

A visa can easily be obtained online for American visitors. Double-check to confirm that the visa to Bahrain is purchased from the government site versus an unnecessary and overpriced expeditor. http://www.huffingtonpost.com/janice-s-lintz/how-to-avoid-getting-scam_b_6848286.html?utm_hp_ref=travel&ir=Travel

Manama, its capital city, isn't as glitzy as some of its Gulf neighbors, but it's rapidly evolving. The Four Seasons Bahrain Bay opened in March, joining the Sofitel Bahrain Zallaq Thalassa Sea & Spa Hotel and The Ritz-Carlton Bahrain Hotel & Spa as Manama's premier properties.

The tourist infrastructure is expanding. There is massive construction everywhere. The sites are relatively close together, but a car is needed to travel between them. My recommended sights are:

1.The Oil Museum And Oil Well
Bahrain's former economy was based on pearl diving until the discovery of local oil. Bahrain and oil are now synonymous. This is an industry town. Oil rigs and pipes appear to line the roads. 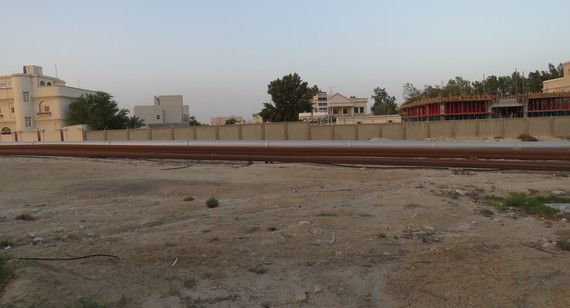 The one room Oil Museum details the discovery of oil and its drilling process. Bahrain was the site of the first oil well in the Arabian Gulf, which is adjacent to the museum. The well is basically a hole in the ground. But how can you not see the first one? 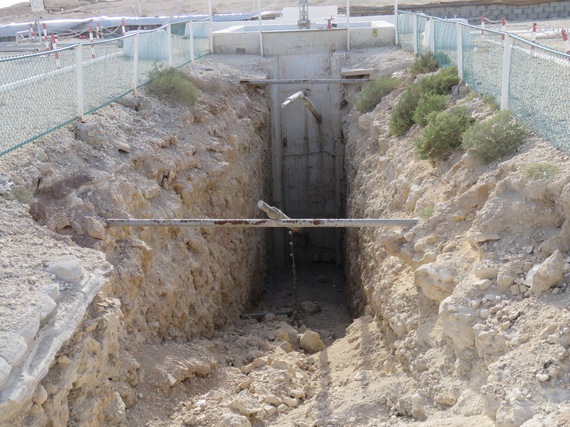 2.The King Fahad Causeway
Visiting Saudi Arabia is complicated, but you can see its modern skyline from the Causeway that links Bahrain with Saudi Arabia. This has to be the most dignified entrance into a country. A man wearing black trousers and a white shirt with a vest greets dignitaries at their car with a silver tea pot of Arabic coffee and bottles of water as they enter or exit Bahrain. Can you imagine this service by the Canadian or Mexican border? 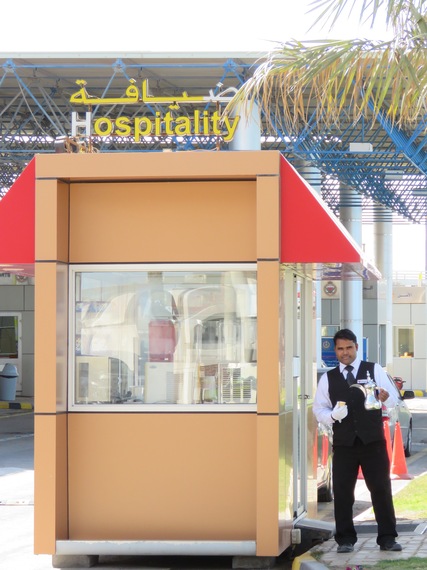 3. Bahrain Architecture
Bahrain's skyline is maintaining a traditional Arabic while building a new modern skyline thanks to innovative architecture by leading starchitects. Buildings with jarring angles and twists like licorice populate the Manama Corniche. 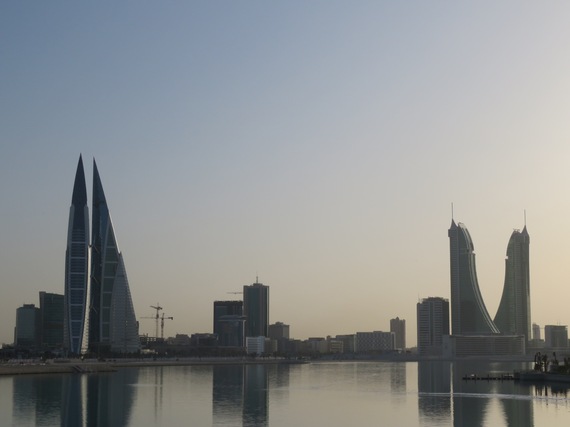 Bahrain Fort also known as Qalat al-Bahrain is now an archeological dig. The former Dilmun capital is the country's first UNESCO World Heritage site and a "must see."

Riff Fort was initially a fortress, it later became the home for Shaikh Salman Bin Ahmed Al Fateh. Panoramic views are visible from the overhanging seating area behind the Saffron Café. 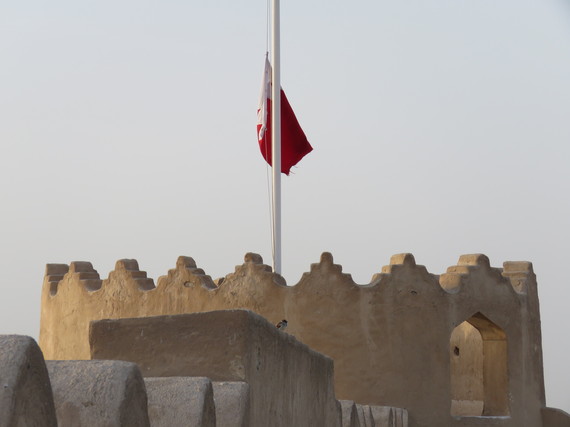 5. Al Fateh Mosque
Named for the conqueror of Bahrain, it is the largest mosque in Bahrain and one of the largest in the world. The finest global craftsmen contributed to its construction. The vast white structure gives it a similar feel to the Taj Mahal.

6.The Royal Camel Farm
There is no charge for an up-close look at King Sheikh Mohammed's private camel collection. Feeding the camels seems to be permissible despite clear notices requesting they not be fed. 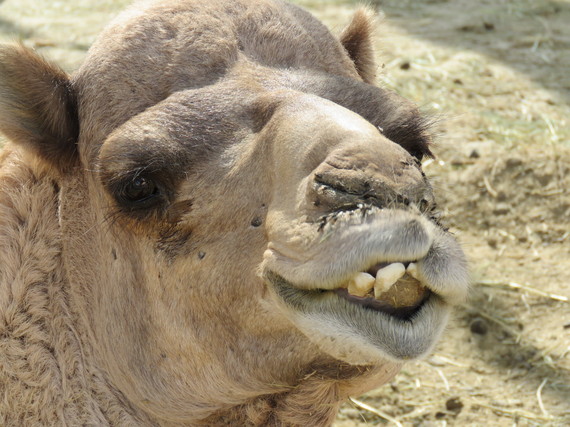 Don't miss the iconic Bahrain National Theater adjacent to the museum. It is one of the largest theaters in the Arab world. The golden roof shimmers into the adjoining sea. 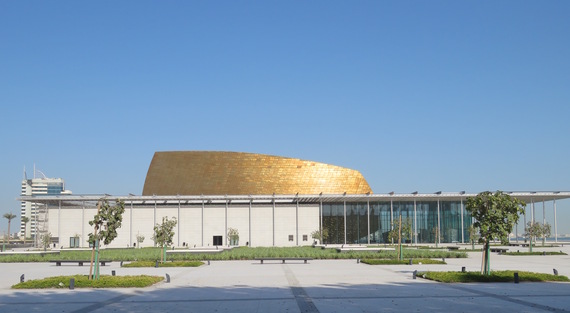 8. The Dilmun Burial Mounds
The prehistoric cemetery dates back to ancient times. A new Welcome Center is on the drawing board. Detailed descriptions are currently only available in The Bahrain National Museum, although the exhibit was under construction. 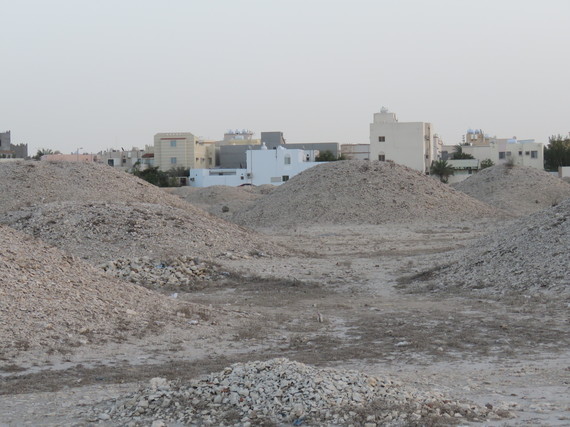 9. The Manama Souk
This the center of Manama and Bahraini life with a mix of old and new shops selling everything from spices to textiles. Visitors can sample local specialties or just peer into a shop and watch a man having a thawb, an ankle length garment altered. 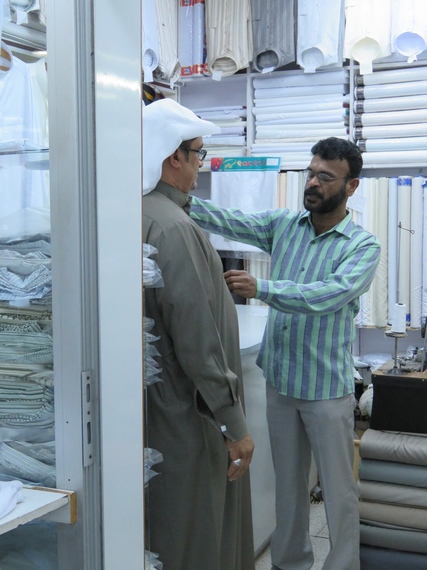 10. The Traditional Houses Of Muharraq
The old homes that line the narrow and winding streets were restored. The buildings are dedicated to various aspects of Bahrain's cultural life including poetry, the press or music.

11. The Tree Of Life
It is the sole tree in the middle of the desert that attracts visitors from around the world. The tree is believed to be four centuries old. The water source is unknown. Each person who arrived at the tree, while I was there, looked at it and said, "Yes, it is a tree." 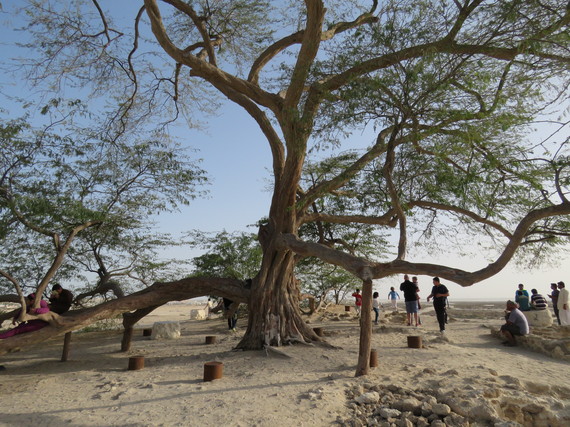 A nearby sun dial was more compelling. The sunlight casts a shadow on the time when you stand on the current month. 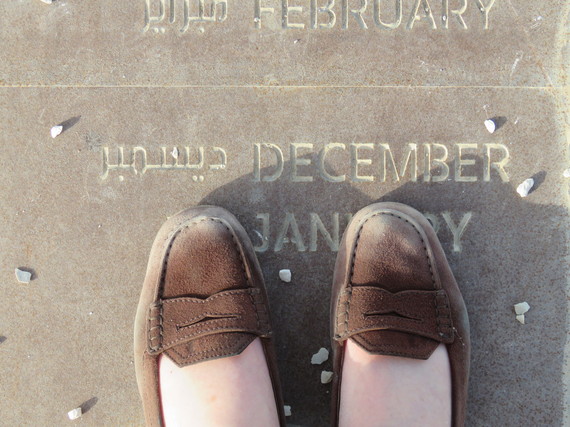