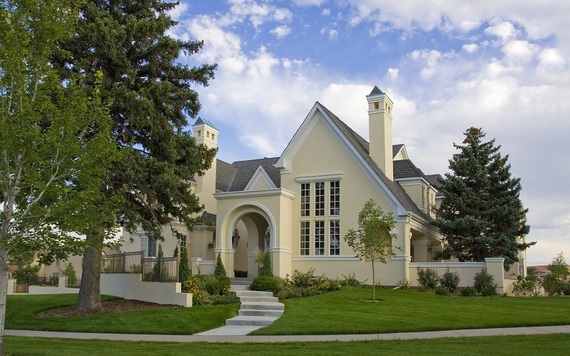 When you're looking for a new place to hang your hat, it helps to know what areas are on the rise. GOBankingRates reviewed housing and lifestyle-related data -- including housing affordability, job growth, home sales, and emerging real estate trends -- to identify the top 11 up-and-coming housing markets for U.S. home buyers.

Arguably one of the most green cities in the U.S., if not the world, Portland is highly bike-friendly and walkable, according to WalkScore.com. It also has over 10,000 acres of public parks. Portland has a growing population of young adults and was at the forefront of the nation's current widespread microbrewery and sophisticated food truck movements.

These trends coincide with PWC and The Urban Land Institute's findings that the most walkable cities with 18-hour accessibility tend to be the most desirable for millennials -- whose numbers total around 75 million according to the Pew Research Center -- and moderately attractive to boomers, whose numbers are almost as strong.

Job growth in Portland is strong, and real estate is relatively inexpensive compared with California cities of a similar size, although prices are rising. The median home costs $368,000, up 15 percent over last year.

The second-largest banking center in the U.S. behind New York City, according to Forbes, Charlotte has made a name for itself as a major U.S. financial center. It's one of the hottest U.S. areas for job growth and is home to a number of major universities, including Johnson & Wales University in Charlotte and University of North Carolina at Charlotte.

Housing is extremely affordable; the median home price is on par with the nation's average of just $234,000. The area boasts mild weather and a low cost of living that is 1.3 percent below the national average. The city has also been listed as a top 10 most promising market in a PWC and The Urban Land Institute report, which included Charlotte in a group of cities that that have strengthened their urban centers as "live/work/play environments."

Although the overall population has been on the decline, young college-educated professionals have been migrating to Pittsburgh's primary central business district, according to a recent report released by CityObservatory. Where younger, educated workers go, according to the report, is where one will find tomorrow's flourishing cities. Today's Pittsburgh has overcome its old-fashioned image as a former steel manufacturing base and has instead largely built an economy on healthcare, education, technology and financial services firms.

With a cost of living that's 4.5 percent below the national average and a median home price of just $155,000, Pittsburgh is one of the most affordable cities on this list. The city is also home to a number of the nation's top universities, including Carnegie Mellon University, Duquesne University and University of Pittsburgh.

With major "Silicon Hills" employers like Google, Apple, and 3M, Austin is easily one of the top cities in the nation for job growth. Aside from its strong tech footprint, Austin also has a foothold in the pharmaceutical and biotech industries.

Widely known as The Live Music Capital of the World, Austin is home to South by Southwest, one of the largest music and film festivals in the nation. But music isn't all the entertainment this city has to offer.

"You can't beat the nature," said Maria Amaan, a wellness coach who moved to Austin earlier this year because she liked the area. "From paddleboarding to hiking, you will find people active," she said. "Plus, the food is fresh and delicious, and produce is much cheaper because a lot of the fruits and veggies are grown here or right next door in Mexico."

Housing is also relatively affordable with a median price of $371,000, but it's on the rise, up almost 23 percent from last year.

With strong prospects for job growth and an affordable housing market, Columbus has all the makings of a market on the rise. The city is home to Battelle Memorial Institute, the world's largest private research and development organization, and Ohio State University, the nation's third-largest college campus, according to Forbes.

The city has grown by more than 25,000 new residents in the past year, and it's no wonder; real estate prices are among the lowest of the markets that made this list. The median home price in Columbus is just $174,000, a full $60,000 less than the nation's median. Home prices are on the rise, though, up almost 9 percent from last year.

Related: Is It Cheaper to Build or Buy a House?

A major center for technology and biotech research, North Carolina's Research Triangle ranks high for job growth and for affordability. The median home price is $288,000, although it's up 20 percent from last year. The area is home to several of the nation's highly regarded universities, including Duke University, North Carolina State University, University of North Carolina at Chapel Hill and Wake Forest University.

"We moved to the Triangle because it had so many of our must-haves, including professional opportunities for both me and my husband, a wealth of intellectual and cultural opportunities thanks to the universities nearby, and a great public school system in our town," said Ginny Robinson, a magazine writer and editorial assistant who recently moved with her family to the Triangle from California.

Robinson also likes the mild weather and that the cost of living is so much cheaper than it is on the West Coast. "We joke that Chapel is California, but on sale," she said.

Just in the early stages of its renaissance, Detroit is poised to be a major up-and-coming metropolitan area. Quicken Loans founder and billionaire Dan Gilbert has invested a staggering $1.7 billion in the city's downtown redevelopment project to turn the area into a major center for entertainment and technology companies. The Ilitch family, billionaire owners of Litter Caesar's Pizza, is also getting in on the action, pumping $600 million into Detroit's revitalization, according to Forbes.

Fueled by economic recovery, job growth, and a cost of living almost 14 percent below the national average, Detroit is quickly attracting young professionals who don't want to pay the higher prices that come with living in a more established city or area like Silicon Valley.

The median home price in Detroit is currently just $181,000, but as investors recognize the area's potential, home values are increasing -- they're up 5.9 percent from last year. Inventory isn't sitting around either. The average Detroit-area home sells in just 45 days.

With more than 100 colleges and universities located in the Greater Boston Area, the area is widely regarded as a center for intellectual and medical advancement. According to the U.S. Census Bureau, more than 34,000 new residents moved to the area in the past year, a testament to the metro area's increasing popularity.

Boston's primary economic sectors include financial services, biotechnology, and education, according to Forbes, and job growth remains strong. Even so, the cost of living is climbing. The median home price is slightly above the $400,000 mark and is up six percent from last year.

Read: You Can Still Buy a House When Your Spouse Has Terrible Credit

The largest city in Silicon Valley is a booming hub for technology and computer firms that continues to be a magnet for upstarts. The U.S. Census Bureau estimates that almost 25,000 new residents flocked to San Jose and its surrounding areas in the past year alone. Top area universities include University of California, Berkley, and Stanford University, which adds a steady stream of technology-focused graduates to the local population each year.

With an average 301 days of sunshine per year and booming job growth -- ranked second in the nation by urban research group NewGeography.com -- San Jose real estate is highly desirable, and it doesn't come cheap. The median home price is just shy of $900,000, up 28 percent from last year, though still relatively competitive by Bay Area standards. Available homes sell in less than a month.

Job growth in the Dallas-Plano-Irving metropolitan statistical area is among the strongest in the nation. The median list price is $274,000 -- $40,000 more than the national median but substantially lower than many of the other cities that made this list. The area's growth combined with its relatively affordable housing market make it worth giving a second look.

The local economy maintains a healthy industrial and financial sector according to Forbes, and the area is also home to many well-regarded universities, including University of Texas Southwest Medical School and University of North Texas. It's also a great place to raise a family.

Drew Jones, an American Sign Language interpreter who had been living in Pennsylvania, moved back to his home state to Plano earlier this year with his two young children. "The Plano schools are some of the highest-quality schools in the country, the city is also affordable, has low crime, great libraries, and boasts a number of parks and green spaces," he said. He also values the area's international diversity.

With easy access to hiking, rafting, skiing, and other open-air activities, the Denver area has long been known as an outdoor enthusiast's delight. The city was recently ranked in the top 10 18-hour cities -- those with access to walkable entertainment options well into the night -- in a 2015 report by PWC and the Urban Land Institute. People are moving to the area in droves -- almost 55,000 new residents moved to the metro area within the last year alone, according to the U.S. Census Bureau.

"Denver is attracting professionals of all ages as well as families," said Brian Harris, broker associate and Realtor at Kentwood City Properties in Denver. "The vibrancy of our city core, as well as the $500-million renovation and expansion of Denver Union Station into a multimodal transportation hub, has attracted interest across the country," he said.

Harris added that Denver has recently seen an influx of people who have moved from California; Chicago; and Washington, D.C. The current median home price is $458,000, up almost 15 percent from last year.