When your dad's in the NHL, life can get a little lonely. Just ask Jordyn Leopold.

The 11-year-old is the daughter of Jordan Leopold, who has been with the Columbus Blue Jackets in Ohio for the past season. Back home in Minnesota, Jordyn was really missing her dad. So with the trade deadline coming up, she decided to pen a letter to the Minnesota Wild, asking coaches to bring him home. 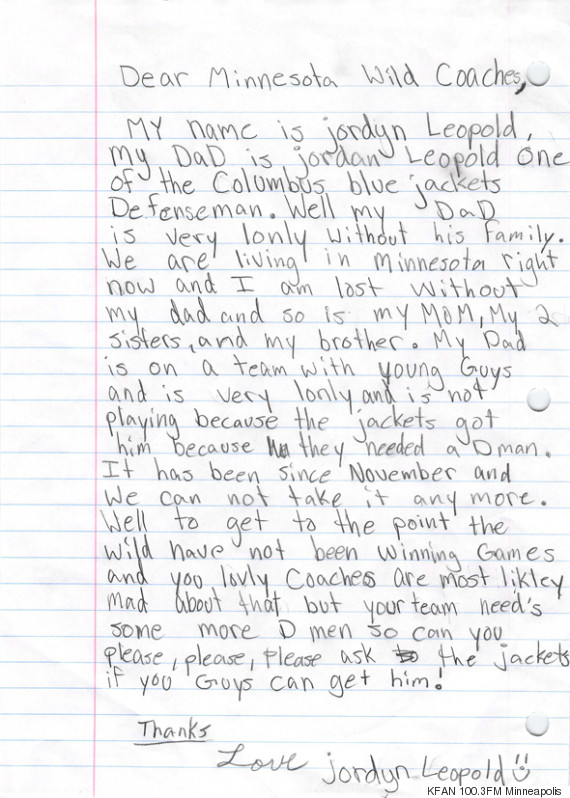 Lo and behold, Jordyn got her wish: Her dad was traded to the Minnesota Wild on Monday. (However, the Wild said the girl's letter didn't play a role in the decision, For The Win notes.)

Minneapolis radio station KFAN had shared the sweet message earlier in the day.

"Jordan is a former Minnesota Gopher and during his time in college became friends with some of our guys at the radio station. His wife emailed us the letter yesterday morning thinking that it being the NHL trade deadline, it might be a funny, cute bit to include," KFAN's AJ Mansour told The Huffington Post. "Then the trade actually happened!"

Jamie Leopold chatted with KFAN Monday afternoon and said her daughter was thrilled.

“I called her at school just to let her know just so that somebody else didn’t tell her, and told her that I had even seen her letter on a few news places and she was like, ‘Oh, cool!’ She’s very excited," Leopold said. "She probably thinks this is just the greatest thing ever.” 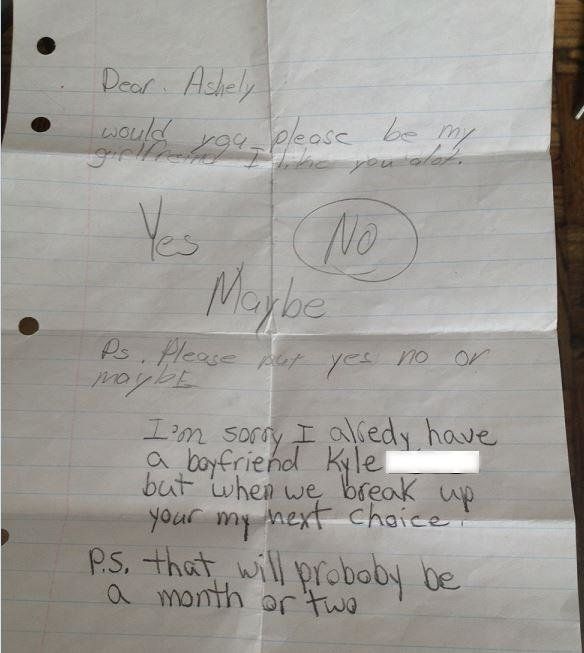