Would you put this 11 year old in an adult prison for the rest of his life? 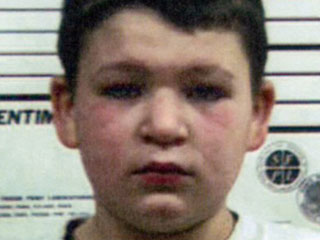 Prosecutors in Pennsylvania have charged an 11year old boy as an adult for murdering his father's girlfriend. They have said that they intend to ask that he be imprisoned for the rest of his life, under Pennsylvania's Juvenile Life Without Possibility of Parole (LWOP) statute. Let me be clear, what the boy is awful, and there should be consequences for it. But those consequences should include reforming his moral compass, rather than writing him off as unsalvageable. The prosecutors want him to die in an adult prison - for something he did at 11 years old!

I was shocked to learn that this situation is not unique. A study by Michelle Dietch of the University of Texas found that every state allows juveniles to be tried as adults, and more than 20 states permit preadolescent children as young as 7 to be tried in adult courts. The study found that juvenile court judges send about 80 children ages 13 and under into the adult courts each year. And contrary to popular myth, many of these children haven't committed horribly violent acts. About half had committed crimes like burglary and theft. These figures severely understate the numbers because it only accounts for those ordered into adult court by a judge. Uncounted are those children who because of the decision of the prosecutor or as a matter of law are automatically placed in adult court.

Remember, these children are too young to buy cigarettes and alcohol, too young to shave, often too young to drive, many of these kids still have stuffed animals on their beds. Most of our laws take into account that children are insufficiently mature and need special protection. Yet, in our zeal to combat crime we have ignored this natural distinction between adults and children and have passed draconian laws that place children in adult courts without regard to their ability to think through the consequences of their actions. They are tried as adults, and if convicted, they are sent to adult prison. In Florida and Pennsylvania children as young as 7 can receive a mandatory sentence of life without possibility of parole. Once incarcerated, they will never walk through gates to freedom - ever.

In adult facilities, the youth face vastly higher risks of physical and sexual assault and suicide than they would face in juvenile facilities. The youngest children are at particular risk. These adult facilities are also poorly equipped to meet their needs for special programming, education, supervision, and treatment. Research demonstrates that they are 34 percent more likely to be rearrested than those retained in the juvenile system. In other words, those who think these policies make us safer have actually increased the likelihood that these youngsters will turn to crime.

The crime committed by the young boy in Pennsylvania was horrible. He hid a shotgun under a blanket, and calmly walked downstairs and shot his father's girlfriend in the back of her head. This is a horrible and shocking crime. But it was also his first run-in with the law. Despite his clean record, state law requires that he be charged as an adult. And the District Attorney said he expects the boy to spend the rest of his life in prison.

Remember, this is an 11 year old child. Yet, he was imprisoned in the local jail with other adults. The jail had no orange jumpsuit that could fit his slight frame. To isolate him from the adult prisoners, the boy was held him in a 10x10 cell. There were no books for him to read and no TV or video games to occupy his time. He could not take a shower because that would require the jail to lock down every prisoner to allow him to walk to the showers without coming in contact with the adult prisoners. Mercifully, after several days the sheriff insisted that the boy's needs be taken care of and he was transferred to a juvenile facility.

This brief bit of common sense and mercy may soon be eliminated by a justice system intent on keeping him in prison until he dies.

You can hear the cry of frustration in the voice of a father whose child is facing similar horrror as a child in an adult prison:
I'm a former cop. I'm a true believer in law and order. But my son was a child when this happened. He wasn't thinking like an adult, and he wasn't an adult . . . how is it that the law can treat him as if he is one?
-Frank C., father of youth offender sentenced to life without parole, October 22, 2004
The terrible crimes committed by children can ruin lives, causing injury and death to the victims and grief to their families and friends. Sentencing must reflect the seriousness of the crime, but it also must acknowledge that culpability can be substantially diminished by reason of the youth and immaturity of the perpetrator. Our aim should be to help these adolescents rebuild their lives, and instill in them a sense of right and wrong that will allow them to become responsible citizens after release. Our programs and policies should be designed to keep adolescents in appropriate facilities with access to the comprehensive treatment and rehabilitation services they need. For more information see Justice Fellowship's Resource Page on Juvenile Justice To keep up to date on issues in criminal justice subscribe to the Justice eReport.