Today is the 11th anniversary of the 1999 mass shooting at Columbine High School, which left 13 dead.

Last Friday was the 3rd anniversary of the 2007 mass shooting at Virginia Tech, which left 32 dead.

And since those dark days, tens of thousands more Americans have been killed with guns by criminals and people with dangerous mental illness -- people who never should have had access to guns in the first place.

At Columbine, the killers bought their guns through a gap in federal law known as the "Gun Show Loophole," which allows anyone to walk into a gun show and buy a gun from a private seller with no background check at all.

At Virginia Tech, the killer was able to buy two guns after he passed a background check that was incomplete: it didn't include key information about his mental health that would have stopped the sale. Even worse, if his attempt to buy guns from a licensed gun dealer had been blocked, he could have simply gone to a gun show and bought his guns without any background check at all. That's why the Virginia Tech review panel called for closing the Gun Show Loophole.

And that's why the families of both Columbine and Virginia Tech victims and survivors have been working tirelessly for years to close the Gun Show Loophole. On Monday, in Colorado and Virginia, family members ran newspaper ads calling on Senator Tom Udall and Senator Jim Webb to add their support to the fight to close the loophole. The families know what's at stake, and they are working to make sure Congress does what's right.

So, today, the coalition of Mayors Against Illegal Guns that I co-chair with Mayor Tom Menino of Boston, now more than 500 mayors strong, is proud to join the Columbine and Virginia Tech families' effort by releasing new television ads which are running both nationally and in key states, calling on Congress to finally close the Gun Show Loophole. You can watch the ads at www.closetheloophole.org. 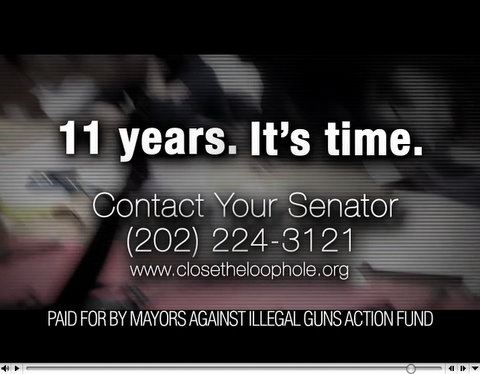 Watch the ads at www.closetheloophole.org/ads

In addition to the television ads, the coalition has launched a new grassroots petition campaign. Congress needs to hear directly from the American people that they support closing the Gun Show Loophole. We know that even 83% of gun owners support the measure, but Congress still hasn't listened to the people. We should all send them a message.

The federal Bureau of Alcohol, Tobacco, Firearms and Explosives has concluded that gun shows are a major source for criminal traffickers -- and an undercover investigation that New York City conducted last year at gun shows in three states confirmed that truth.

When our investigators approached 30 unlicensed gun sellers to try and make purchases through the Gun Show Loophole, 19 of the 30 -- 63% -- sold to a buyer who said they probably could not pass a background check. Knowingly selling to someone you have a reason to believe is a prohibited purchaser is against the law -- even for sellers who are not required to conduct background checks. 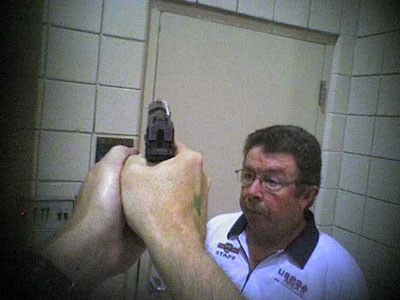 Our investigator tells a seller that he "probably couldn't pass" a background check and tests a gun.

You can see for yourself by watching the undercover videos at www.closetheloophole.org/undercover.

More than a decade has passed since Columbine, and Congress has yet to address a clear gap in the law that endangers the lives of Americans everywhere.

Yet respect for the Second Amendment goes hand in hand with laws that help keep guns out of the hands of criminals and people with dangerous mental illness.

Enough is enough. We need Congress to finally do the right thing and take action on S.843/H.R.2324, the bill to close the Gun Show Loophole.

You can help. Visit www.closetheloophole.org to sign the petition today.