"A beer a day keeps the doctor away."

OK, so that's not the real quote. But if it were, it should be attributed to Mark Behrends who turned 110 last week. The Nebraska City man has said his habit of drinking one can of beer every day at 3 p.m. may be why he's lived so long.

“He always joked that that was his medicine since he takes very little medicine," daughter Lois Bassinger told the Omaha World-Herald. 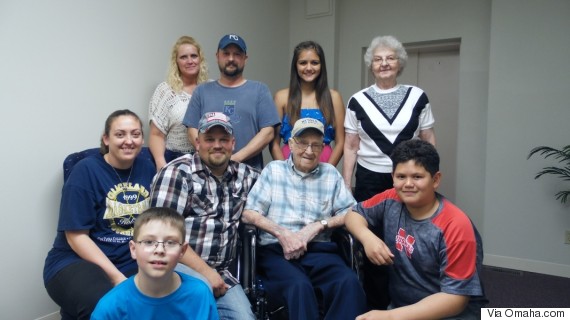 Mark Behrends (center) with family members at his 110th birthday celebration on May 16. (Photo courtesy of Omaha World-Herald)

The Gerontology Research Group has identified Behrends as the oldest living man in the U.S. whose age can be verified, according to the World-Herald. But Behrends told the newspaper that he doesn't even notice his age. He lived independently and drove regularly until he was 106, but now resides in a nursing home. The former farmer and construction worker held a custodial job until he was almost 80, the Lincoln Journal Star reported last year.

Last week Behrends attended a three-hour birthday celebration in his honor at a local church, with 50 to 75 family members and friends by his side.

Sounds like a life worth emulating. So is Behrends' beer habit sound advice for living a really long time? Several observational health studies and meta-analyses have pointed to a relationship between moderate alcohol consumption and lower risk of coronary heart disease. But questions remain as to whether that link is causal and if it's consistent throughout the population.

It's unclear if the super-centenarian still regularly enjoys a cold brew or if he's had a chance to sample the fruits of the American craft beer renaissance. Bassinger said her dad has always enjoyed “whatever kind was around," but he leans toward Miller brand beers.

With the utmost respect for Mr. Behrends and his tastes, maybe it's time one of Nebraska's 32 craft breweries paid him a special visit.

110-Year-Old's Secret To A Long Life Will Have You Buzzing (Hint: It's Beer)
How To Get Your Hands On 17 Of The Most Sought-After Beers In America 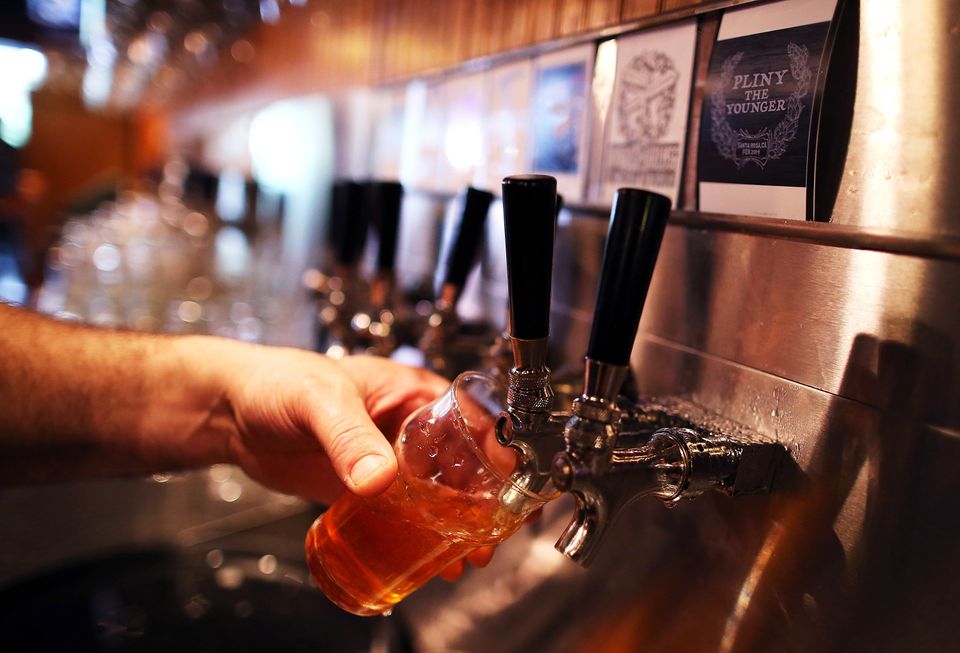 1 / 17
Russian River Pliny The Younger
<strong>What It Is:</strong> A stronger, hoppier version of Russian River's flagship Pliny the Elder IPA -- and probably the most famous limited-edition beer in America. <strong>Where It's From:</strong> <a href="http://russianriverbrewing.com/" target="_blank">Russian River Brewing Co.</a> in Santa Rosa, California <strong>When To Get It:</strong> February <strong>How To Get It:</strong> The bulk of the draft-only beer is sold at Russian River Brewery in the first couple weekends of February every year; beer lovers are known to line up for many, many hours to get some. A bit of the beer is also distributed to Russian River's top bar clients throughout the state in February -- but there, too, it usually runs out at light speed.
Justin Sullivan via Getty Images