By Mackenzie Schmidt for Architectural Digest. 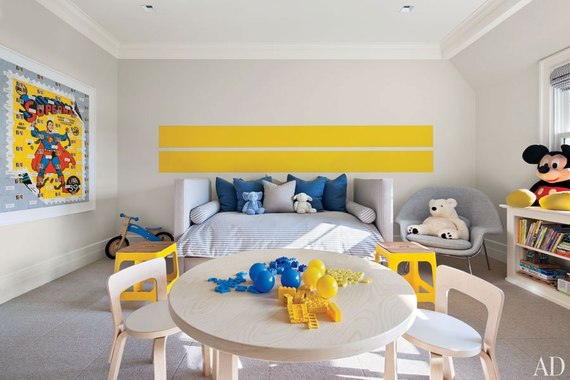 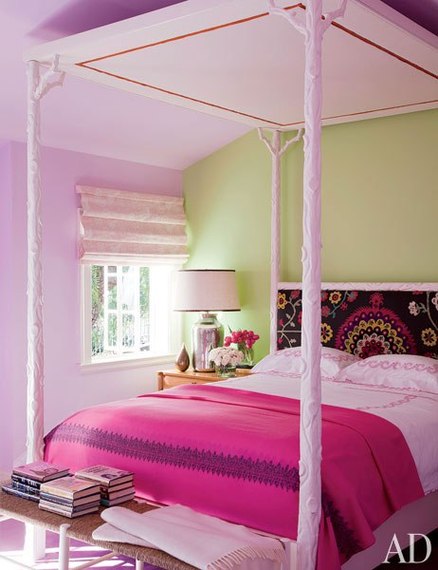 Interior designer Peter Dunham created a whimsical children's room in this Beverly Hills, California, home of film producer Steve Tisch. The hand-carved canopy bed is from Hollywood at Home, Dunham's Los Angeles shop, and the headboard is upholstered in a vintage suzani. 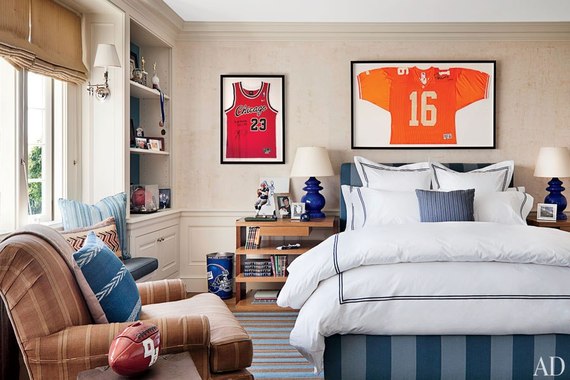 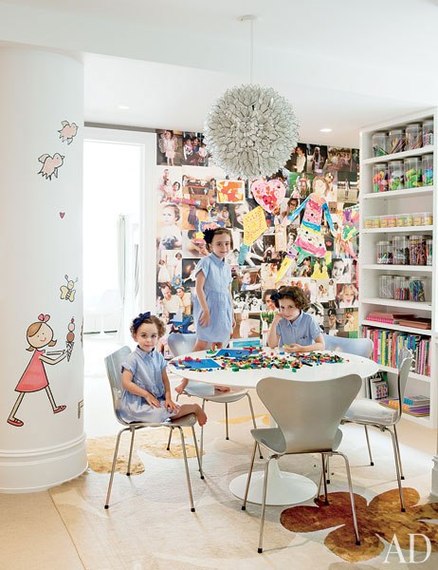 In her Manhattan duplex, designed by David Mann of MR Architecture + Design, magazine editor Darcy Miller Nussbaum created a whimsical mural, at left, for her daughters' playroom. Streamlined furnishings are paired with a floor-to-ceiling collage of family photos, and a rug custom made by Judy Ross Textiles. 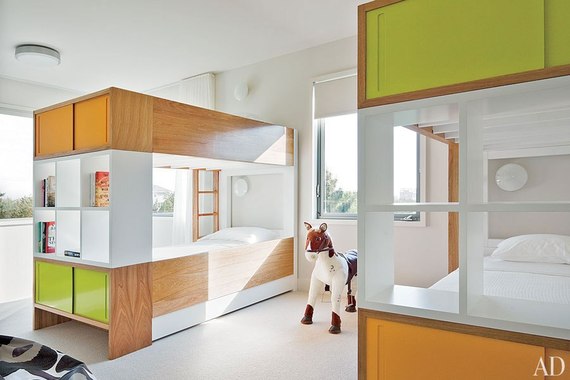 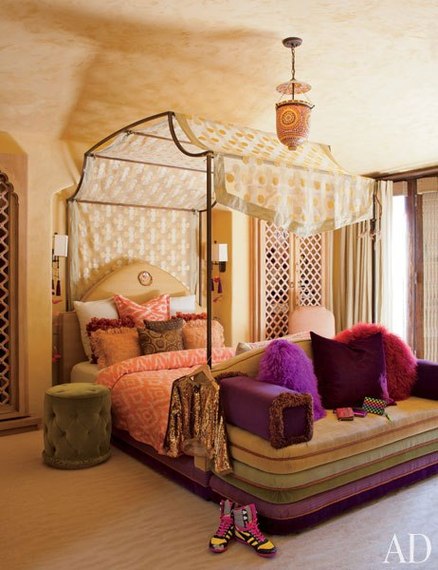 At Will and Jada Pinkett Smith's Stephen Samuelson-designed home in Calabasas, California, daughter Willow's room is decorated in a fashion-forward, bohemian style. Plush pillows decorate the iron four-poster, which is draped with a canopy of patterned silk. 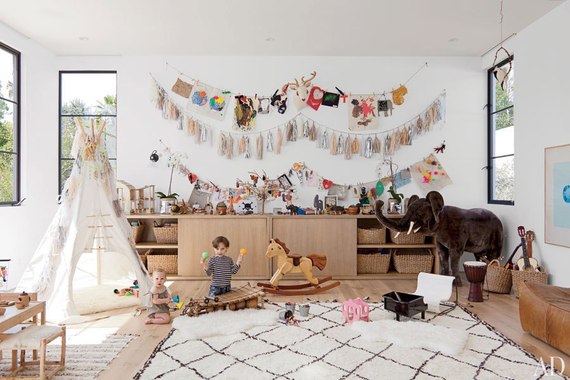 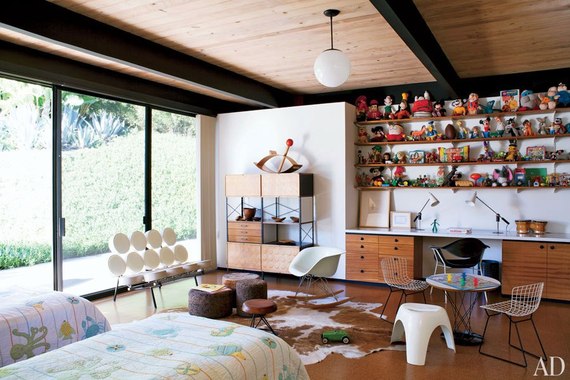 The Steinman House, built in 1956 in Malibu, California, by architects Craig Ellwood and Jerrold Lomax, was restored by designer Michael Boyd for a young family. The children's room features a midcentury masterpiece of its own--a George Nelson Marshmallow sofa by Herman Miller, which is grouped with a cowhide rug and a trio of Jasper Morrison cork stools. 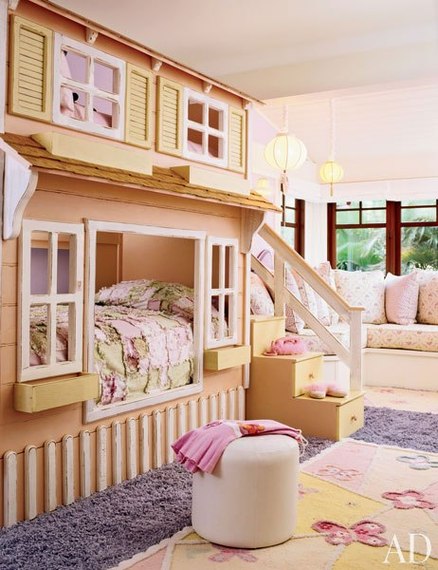 For a family home in Hawaii, architecture firm Ike Kligerman Barkley and designers Ron Wilson and Joe Guidera created the ultimate girl's room. The space features a playhouse-like structure that contains bunk beds and a staircase with storage drawers built into the steps. 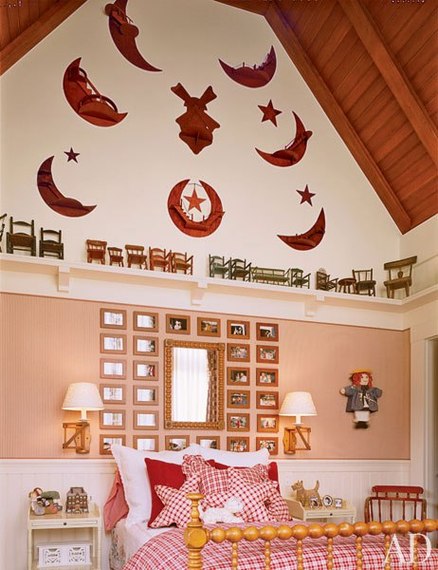 In an Aspen, Colorado, vacation house that combines classic lodge and Craftsman styles, Arthur Chabon created a girl's room that embodies the all-American spirit of both. On one wall, a collection of artful crescent moons, miniature wooden chairs, and framed family photos add a personal touch. 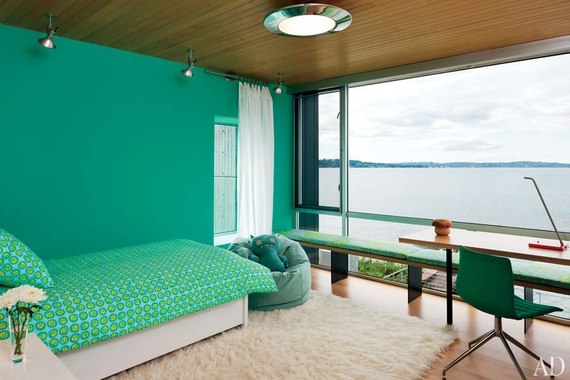 On Washington state's Mercer Island, architect Eric Cobb fashioned a modernist glass-and-concrete residence for an entrepreneur and his two daughters. In one of the girls' rooms, which features a desk chair by Arper and a rug by Pottery Barn, walls painted in Benjamin Moore's Capri Seas recall the lush greenery of the Pacific Northwest. 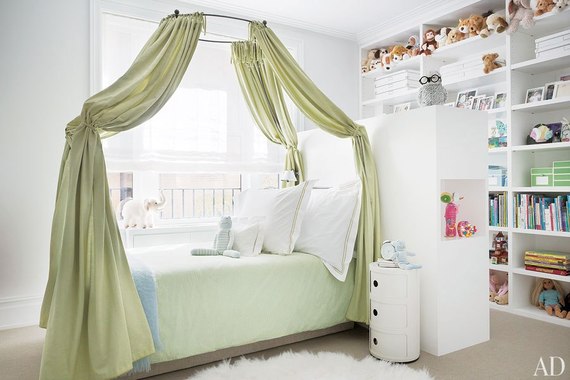 In Darcy Miller Nussbaum's home, David Mann placed an Anthropologie lit à la polonaise fit for a princess in the center of a daughter's room.

The Most Incredible Homes Built this Year

How to Get the Perfect Breakfast Nook In Your Home