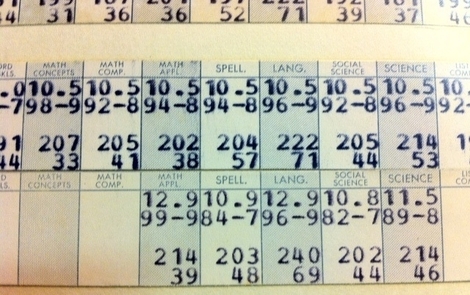 On May 5, 2015, twelve civil rights groups led by the Leadership Conference on Civil and Human Rights issued a statement "opposing anti-testing efforts." In short, these groups are confronting the growing strength of the Opt Out/Resist the Test movement.

I wrote about their statement in this May 5, 2015, post, entitled, Opting Out Interfering with the "Civil Right" of Testing?

When I first read the May 5, 2015, statement by these 12 civil rights organizations that are defending annual testing even in the face of nationwide standardized-testing overuse and abuse, it put me in mind of another recent statement by civil rights groups in support of annual testing: This one, dated January 11, 2015, and taken from the Education Trust website. In this statement, 28 civil and human rights organizations appealed to Congress not only to retain the annual testing, but also to ask that the US secretary of education serve as the enforcer of state goals, as excerpted below:

For more than five decades, Congress has consistently recognized and acted on the need to promote fair and equal access to public schools for: children of color; children living in poverty; children with disabilities; homeless, foster and migrant children; children in detention; children still learning English; Native children; and girls as well as boys. Much progress has been made, but educational inequality continues to quash dreams, erode our democracy, and hinder economic growth. This federal role must be honored and maintained in a reauthorized Elementary and Secondary Education Act (ESEA), which must ensure the following: ...

VI. States implement and enforce the law. The Secretary of Education approves plans, ensures state implementation through oversight and enforcement, and takes action when states fail to meet their obligations to close achievement gaps and provide equal educational opportunity for all students.

I will leave those who wish to do so to read the entire January 2015 statement signed by these 28 civil and human rights organizations. However, let me note that in the Senate ESEA draft, this group pretty much received all that it asked for except for the oppressive glue to hold it all together- an overbearing US secretary of education.

On the overbearing-secretary point, they received exactly the opposite of what they wanted, for the Senate ESEA draft definitely and intentionally limits the role of the US secretary of education so that he/she cannot become another "education czar" like US Secretary Arne Duncan has become, especially via his No Child Left Behind (NCLB) waivers.

Also, what this group most certainly did not ask for was an amendment to the Senate ESEA draft, one that states the federal government's 2015 desire to steer clear of any appearance of limiting a state's right to pass legislation regarding parental opting out of state tests. However, such an amendment has been approved by the Senate ed committee to become part of the Senate ESEA draft that will go before the full Senate. (See the Isakson amendment as part of this post.)

As a result, these 28 civil rights groups wishing for greater federal enforcement must now reckon with both lesser enforcement and federal acknowledgement that the anti-testing movement is gaining strength.

Now, here is what I find noteworthy:

The 12 civil rights groups that formally declared their position on May 5, 2015, as against the anti-testing movement were all part of the 28 civil and human rights groups that petitioned Congress in January 2015 to keep annual testing as part of ESEA reauthorization.

Conversely, 16 of these 28 civil and human rights groups that bonded together in January 2015 chose not to list their organizations as among those opposed to the anti-testing movement on that May 5, 2015, Leadership Conference on Civil and Human Rights press release: American-Arab Anti-Discrimination Committee, Children's Defense Fund, Easter Seals, The Education Trust, Gay, Lesbian & Straight Education Network, Institute for Educational Leadership, Mexican American Legal Defense and Educational Fund, NAACP Legal Defense and Educational Fund, National Association of Councils on Developmental Disabilities, National Center for Learning Disabilities, National Congress of American Indians, National Indian Education Association, National Women's Law Center, Partners for Each and Every Child, Teach Plus, and the United Negro College Fund.

Even more interesting still: One of the groups that chose not to sign is the often-outspoken, annual-test-loving, amply-Gates-funded Education Trust, led by Kati Haycock.

So yes, 12 civil rights groups did come together and issue a statement on May 5, 2015, opposing the anti-testing movement.

However, that number does not even equal half of those willing only four months prior to petition Congress for those continued "annual, statewide assessments for all students (in grades 3-8 and at least once in high school) that are aligned with, and measure each student's progress toward meeting, the state's college and career-ready standards."

Of course, there is always the possibility that the 12 signatory groups just did not ask the other 16. However, there is also a more realistic, potential explanation:

When it came to signing that May 5, 2015, anti-testing declaration, these unsigned 16 simply chose to opt out. 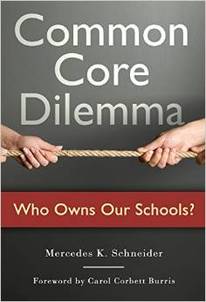