Admit it. You're all giddy for the Olympic's opening ceremony. You can still feel the deep bass of the drums, the mind-blowing synchronization of the 2,008 drummers, the lights flickering as their palms hit the surface of the instrument--all counting down to the world's biggest international sports event (yes, even bigger than the FIFA World Cup): The 2008 Beijing Olympics.

Now it's London's time. And while you're all wondering how the Brits will manage to top the Chineses' spectacle, you should also be thinking about the competition (make sure you TiVo that part too).

In 2008, the Associated Press found that only 4 percent of Beijing's Team USA was Hispanic. Well we're hoping that's about to change. Here are 13 Latino Olympians we recommend you keep your eye on in London.

Don't know when your favorite athlete is competing? Click here.

London's Calling! And it's for you.

FACTS, STATS, AND QUOTES FROM YOUR FAVORITE LATINO OLYMPIANS IN LONDON:

PHOTO GALLERY
13 Latinos To Look For In The London Olympics 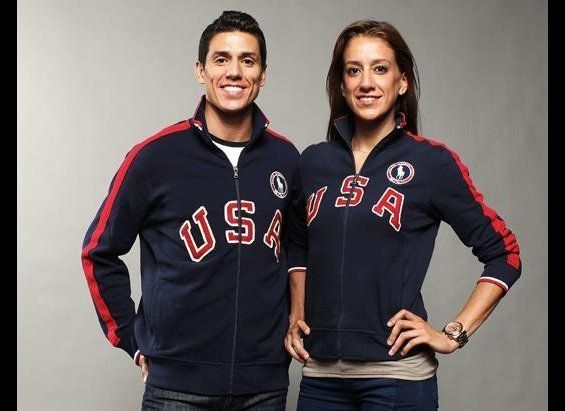 1 / 12
Team USA: Steven and Diana Lopez
For them the Olympics are a family affair. In 2008, all three siblings took on the taekwondo event and medaled (Mark won the Silver in Beijing but did not qualify for London). This will be Diana's second olympics, but Steven--with five world titles under his belt--is fighting for his fourth Olympic medal. "My parents, who came from Nicaragua to the U.S. -- who would have ever thought that they would have American kids on the Olympic team?" Diana told <a href="http://www.usatoday.com/sports/olympics/london/taekwondo/story/2012-07-15/steven-lopez-back-for-gold-london-olympics/56238462/1" target="_hplink">USA Today.</a> "That's the epitome of the Olympic dream." Country of Origin: Born in New York, Nicaraguan Parents Sport: Taekwondo Olympic Debut: Sydney 2000 (Steven), Beijing 2008 (Diana) Medals: Steven won the gold at the Sydney Games and the 2004 Olympics in Athens. Both Steven and Diana won the bronze at Beijing in their individual events.
Nick Laham/Getty Images