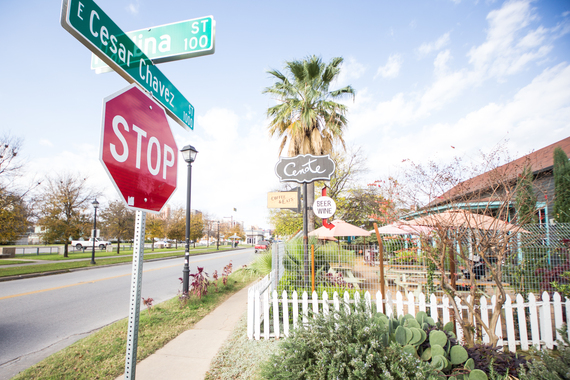 It's about time we retired the phrase "The Brooklyn" of anywhere, right? First, because most people in the country can't relate to New York-centric references. And second, because when it comes to gentrification and being "the next cool place," Brooklyn is pretty much over.

But what are the next cool, mildly affordable neighborhoods just waiting to be overtaken by young creatives? Sure, there are plenty of sexy 'hoods, bro-ish 'hoods, and even hipster 'hoods, but let's be honest, they're all pretty much played at this point. And more importantly, they're all too expensive for anyone without a trust fund or investment-banking job.

Which is why we decided to tap trendsetters, developers, and real-estate professionals -- folks with their fingers on the pulse of America's cities and towns -- for their predictions of the country's next hotspots; neighborhoods that are affordable now, but poised to blow up. From the South Bronx to Sioux Falls, here are the 12 they chose. 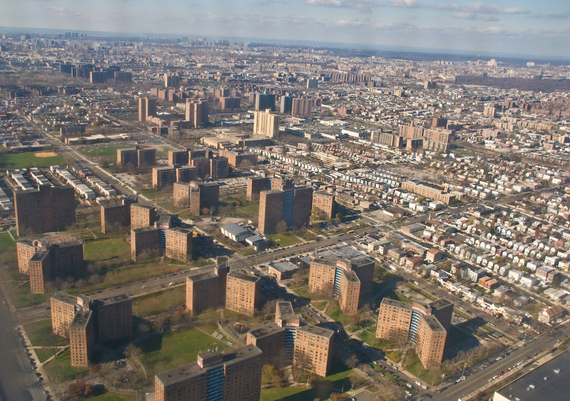 South Bronx
New York, NY
Though residents sadly rejected the slogan, "It's not just for getting mugged anymore," the borough once synonymous with violent crime is now the frontier of New York real estate; an estimated $1.2 billion was dumped into development there in 2014 and the plan calls for 8,000 new residential units, a giant ice-skating complex, and an open-air food market. As one real-estate pro told us, "You've got a direct line into Manhattan -- an express train that runs down the West Side of the island -- so it's the logical next place for people to move." As rents in Manhattan (and Brooklyn) continue to push people out, the South Bronx is poised to become the next destination for young people who move to New York from Indiana. 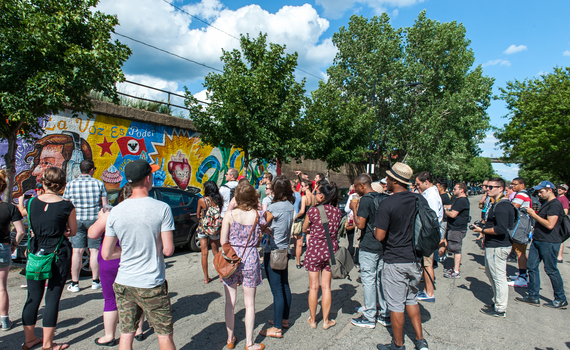 Pilsen
Chicago, IL
Equal parts iconic and relevant, there's a reason the classic Latino neighborhood and artist enclave is attracting a swarm of real-estate developers looking to sprinkle in loft apartments. It's one of the best food areas to explore in the city, with the authentic Mexican of Carnitas Uruapan, Nuevo Leon, and Don Pedro (brain tacos: pretty good) and casual yet artisanal spots like Dusek's. Also, there's a churro factory (we'll let that sink in).

Pilsen's spread of bars includes some genuinely lovable dives and the revival of Thalia Hall has been a definite boon to the area -- a perfectly sized venue where somebody like Dave Chappelle can nonchalantly do a week-long residency with post-show DJ sets. 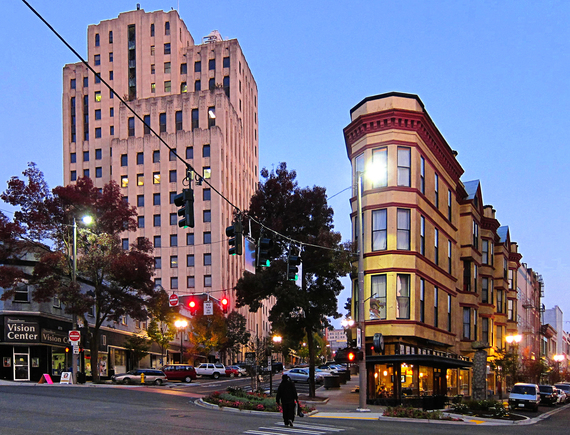 Downtown Tacoma
Tacoma, WA
Long known to its neighbors up the road as "that place that smells like a pulp mill," Tacoma is finally stepping into its own as a legitimate alternative to traffic-choked and expensive Seattle. Downtown Tacoma is filled with historic architecture and vintage theaters (it's reminiscent of a mid-1990s Portland) and the Downtown waterfront is home to multiple breweries (Pacific Brewing, Wingman, Harmon) and restaurants like Dirty Oscar's Annex, which helped put Top Chef's Aaron Grissom on the map.

With a University of Washington branch campus and plans for two new gleaming high-rise towers, Tacoma may soon be the Oakland of the North, but without the second-most-obnoxious NFL fans in the country. Especially now that it's lost its once-trademark "aroma." Oh yeah, it's also one of the best towns in America to be stationed if you're in the military. 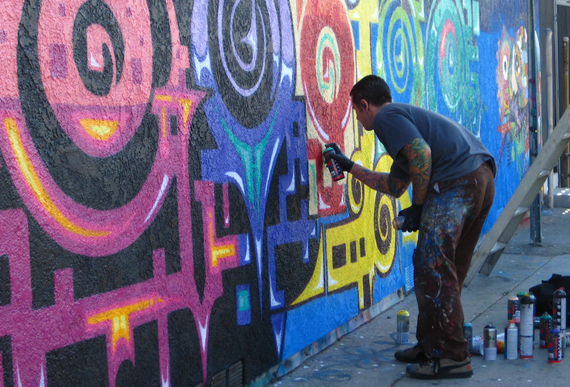 Highland Park
Los Angeles, CA
If you (and let's be honest, your bandmates) live in Highland Park today, it's probably hard to think back to five years ago when you didn't even know that Highland Park existed. That's not to say people didn't live there -- it's been a working-class, mostly Latino 'hood for generations -- but like past gentrifications, the hipster influx has meant a hodgepodge of the old days (great food trucks!) and the new days (a terrific donut shop from the dude who produced all those Blink-182 albums you loved in high school!). 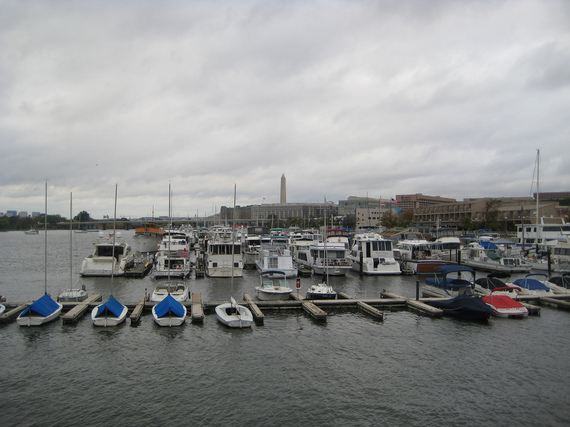 Southwest Waterfront
Washington, DC
When you think of living in the nation's capital, the words "quaint and waterfront" don't usually come to mind. Unless you live in one of those sweet Georgetown dorms overlooking the Potomac. But that's the secret those inhabiting DC's smallest quadrant have known for years, where 1960s townhouses sit along the Washington Channel next to a community of about 90 houseboats.

The Wharf, a 27-acre mixed-use project slated for first-phase completion in 2017, will change all of that. The 3.2 million-square-foot project will include a rum distillery, concert hall, and 6,000-seat concert venue, and is touted as a destination on par with Baltimore's Inner Harbor. To the delight of some residents (and the chagrin of others), it promises to transform this sleepy, far-flung section of DC into its biggest non-governmental tourist attraction. 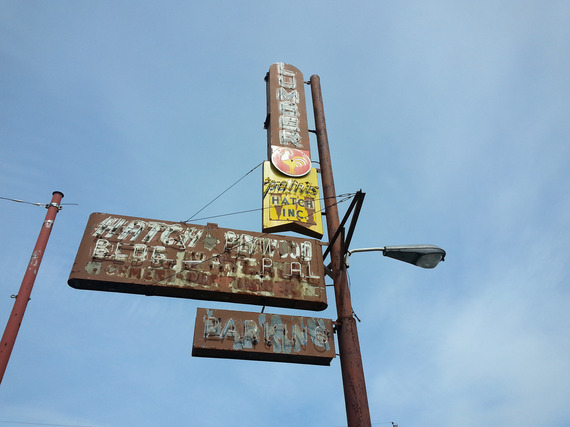 Lents
Portland, OR
Seemingly ignoring the directive of Horace Greeley (and the Pet Shop Boys!) to go west, many of Portland's young(ish) are headed east, moving away from the city's center in search of more affordable housing. And where go Portland's hip, so go the bars. The neighborhood's nightlife is thriving with spots like O'Malley's (dive), N.W.I.P.A. (beer), Zoiglhaus (taproom), and the legendary strip club Devils Point.

The food scene is equally expansive: one of the nation's best burgers (Foster's) is served next door to the legendary Viet bakery An Xuyen, there's a cart-pod plating Road Runner BBQ, dim sum at HK Café, and all things Latin American at the newly opened Portland Mercado. And while Lents is starting to lose some of its former Felony Flats street cred, it's still got its trademark roughness (what up, New Copper Penny and Gun Room). Only now, it's offset with farmers' markets. Which really, when you think about it, makes this one instance (at least for now) where the denizens of New Portland have swarmed a neighborhood while actually leaving it recognizable to the folks who have always lived there.

To find out what 6 other neighborhoods made our final list, get the full story at Thrillist.com!