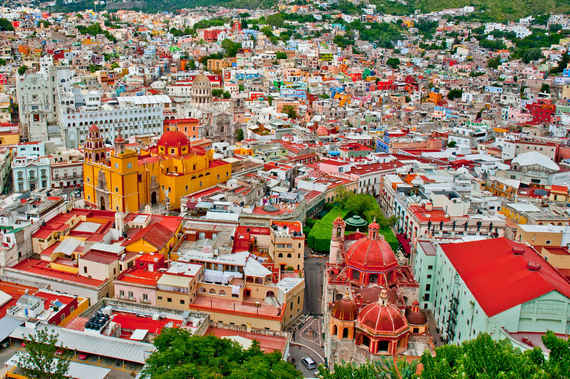 Everyone at one time or another has wanted to get away from it all and beach/ski/paraglide-bum it in some foreign land. Small problem: that's very expensive. Or is it? (That's our sweet rhetorical way of saying maybe not.) Check this list of 12 shockingly affordable paradises you can live in for peanuts... though you'll probably be packed and out the door by number seven.

More: 11 Ways You're Throwing Money Away When You Travel 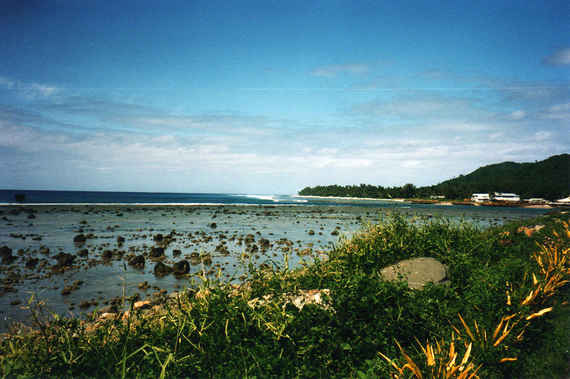 Where exactly is this place: The Cook Islands are technically part of New Zealand but are located 2,008 miles northeast of it, smack in the middle of the South Pacific. Avarua is the capital and rests on the island of Rarotonga. Raro-ton-ga. Raaaarooo-toooonga. Doesn't that just sound nice?
Why you should move here: It's got tropical beaches, like in Hawaii or Tahiti, but the average rent for an apartment is $130 a month, unlike Hawaii or Tahiti... or anywhere else in America that's isn't an Airbnb igloo some dude is renting in New Brunswick.
Other things you should know: The inhabitants are mostly Polynesian natives; considering the Cook Islands' natural beauty, they remain stunningly un-commercialized and host relatively few tourists annually, around 100,000. To give some perspective, Hawaii attracts near 8 million.
What you can do once you get there: Whale watching, hiking, snorkeling, forgetting that cubicles are real.
So... what's the catch: Er, well, foreigners can't buy property on the island. But they can lease it for up to 60 years. If you want to buy, you'll have to become a full-fledged citizen or get special permission. 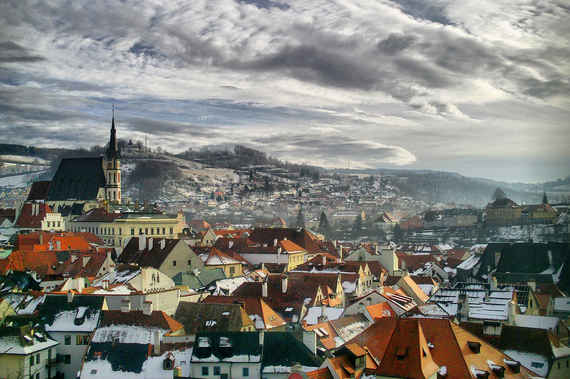 Where exactly is this place: In the Bohemian region of the Czech republic.
Why you should move here: There's a huge castle, cobblestone streets, and an overall medieval feel, which culminates in a summer solstice celebration that loosely resembles a Renaissance fair called the Five-Petalled Rose Festival, which includes jousts and fireworks and probably oversized meat legs. And you can get a three-course meal for two for 20 bucks year round and rent an apartment for $13 a day (which is cheaper than a smoking habit in New York City).
Other things you should know: It's a small town, mostly full of Czech families that have roots going back centuries
What you can do once you get there: Live your Game of Thrones fantasies and lead whitewater rafting on the Vltava, which is supposed to be one rollicking river.
So... what's the catch: Trying to speak Czech. 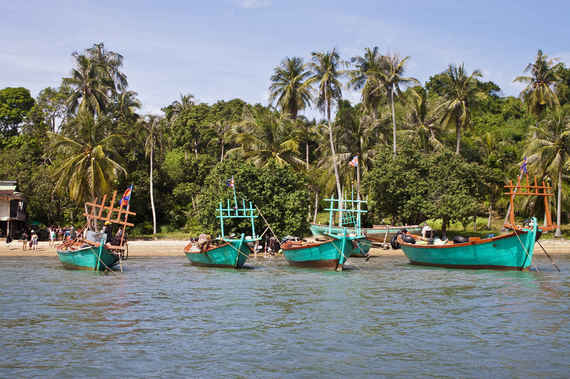 Where exactly is this place: It's a small island (Koh Tonsay translates to "rabbit island") in southern Cambodia, near the mainland city of Kep.
Why you should move here: It's a rugged jungle paradise and you can stay in a beachfront bungalow for a cool six bones a day. No, they don't operate on a femur-based currency -- that's just slang for "dollars."
Other things you should know: This island is mostly uninhabited, save for a few fishermen and their families.
What you can do once you get there: You can relax on the beach or explore the cave-laden jungle. Or you can also check out the crab market where they'll cook the live crustaceans of your choice right in front of you for five bucks.
So... what's the catch: This isn't some squeaky-clean island where you rent an umbrella in peachy sand. The untamed beach is occasionally graced by packs of feral dogs and lumbering wayward farm animals. Hey, free pets. 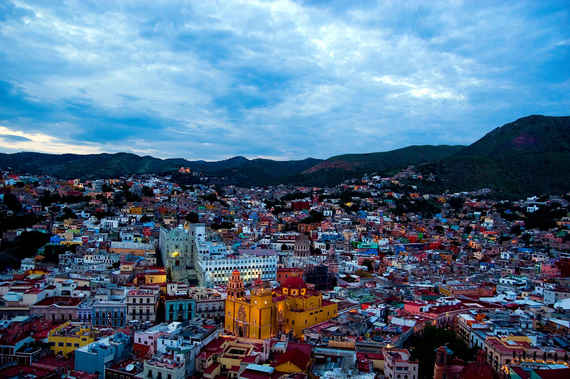 Where exactly is this place: In the middle of Mexico.
Why you should move here: It's a cool, intellectual city. Some hack would probably call it the "Brooklyn" of Mexico. Plus, you can rent an apartment for around $6 a day, beer cost around a buck, and a movie ticket is a measly $3.
Other things you should know: There are lots of mummies. Seriously. There was a cholera outbreak in the mid-19th century and so many died that a tax was placed on buried bodies. As many couldn't afford it, many corpses were disinterred and natural mummies resulted. Author of Fahrenheit 451 Ray Bradbury wrote a story called "The Next in Line" about his experience there.
What you can do once you get there: Go and see the mummies. There's also a big, famous arts festival called Festival Internacional Cervantino, named after the author of Don Quixote, which is supposedly so wild that it makes Sundance look like a lame tea party.
So... what's the catch: Mummies are scary. 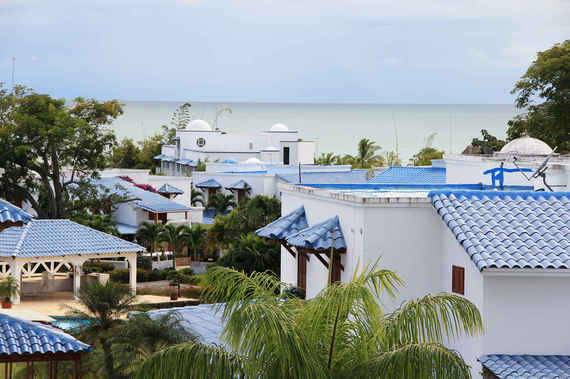 Where exactly is this place: The Pearl Islands are a group of (duh) islands about 20 miles due west of Panama in the Pacific.
Why you should move here: Because so many of the islands are uninhabited, you could conceivably live rent free (see "pirates" below), which would make rent $0 a day. Or you can rent something near the beach for $10 a day. And, hey, it was nice enough for the Shah of Iran to spend his exile here.
Other things you should know: Until the '70s, the only people that lived here were pirates trying to lay low. While they've since constructed a number of ritzy resorts, there's plenty of unscathed and unclaimed beach left for you to start your new life.
What you can do once you get there: There are a lot of pearls (again, duh). In fact, Elizabeth Taylor owned La Peregrina, a famous 30-plus carat monster pearl that was found here. So you can make your new life pearling (not the piercing, you monster).
So... what's the catch: They've shot three seasons of Survivor here. They might shoot another. 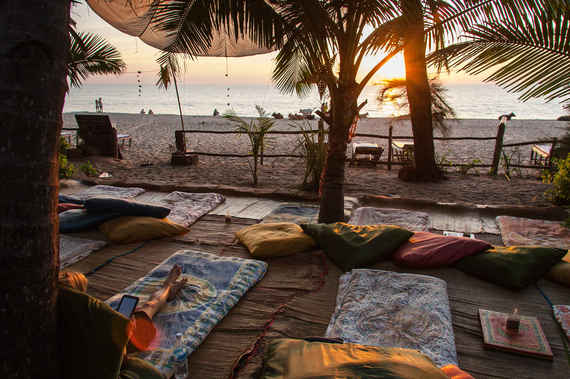 Where exactly is this place: The southernmost coastline of Goa, a state on India's west coast.
Why you should move here: You can ride an elephant on the beach, get a bottle of wine for $.44, a haircut for $.60, and an beach shack for $4 a day. Seriously, what else do you need? In fact, skip the haircut and get two bottles of wine without breaking a buck.
Other things you should know: It's pretty unpopulated. Unlike the rest of Goa, which is India's wealthiest state (thanks partially to tourism), Agonda beach is relatively free of tourists and the things they bring (e.g. plastic sunglasses, kitschy pre-fab resort communities and worrying cries of Woo!).
What you can do once you get there: Beyond the beach, there's not much. Maybe get your hair cut? There's also yoga, temples, and naan.
So... what's the catch: There are a lot of soul-searching adrift hippies. They will ask if you can spare any cash or hash (or both).

Head to Thrillist.com for 6 more of the most affordable paradises you can live in on earth!

12 Countries You Can Visit for Less Than $50 a Day

The Priciest 'Hoods in the World... and How You Can Afford to Live in Them