Portions of this post are updated from an article published at Bitch Magazine.

In what media is again calling a "sexting scandal," a community in Colorado is grappling with the fact that hundreds of students have been exchanging "lewd" pictures, using photo vault apps that many parents and administrators were unfamiliar with. Situations like this one are now old hat, so it's hard to understand why adults, and the law, are still not adapting. For years, school administrators, parents, police departments and tech companies have had to routinely wrestling with what constitutes "child porn," and struggled with teenagers who might not only be subjects of what is legally categorized as "pornography," but are, actually producing and sharing it with one another. This issue of consent -- taking and sharing -- is so central, but the law treats it as irrelevant. Local County District Attorney Tom LeDoux explained to The Denver Post that, "It doesn't matter if it was consensual. There is no distinction according to Colorado state statutes. The district attorney's office will make distinctions as we see fit." Which means, who knows what to do or what will happen? If parents, educators and the criminal justice system are genuinely concerned about children sexting, the place to start is in early childhood conversations about consent, privacy, media and gender -- long before kids are teens.

The school and police in this case have three phones in their possession, one of which has more than 100 pictures of students partially or entirely unclothed. The expanding circle of implicated students are now potentially facing felony charges.

According to a study published in 2014 by Drexel University,

Much of the discourse and outdated laws around teen sexting missing how much of the problem isn't the pictures, but the power. Sexting as sexual harassment and as abuse are far more serious and potentially harmful than sexting, the fact of it.

Like laws that don't reflect today's digital and social realities, the bulk of media reporting a "scandal," and parental and teacher shock, are not focusing on the consent or the dynamic between gender and consent in sexting. Stories refer to "kids," and "children," and "teenagers," as though everyone is equal and sexting behaviors are ungendered. Erasing the quality of girls' and boys' experiences, markedly different, is part of the problem.

Sources report that, in this instance, the school football team is at the heart of what is being called a "sexting ring." Teams are often involved in incidents such as this one. That's not an accident. Sexting, nonconsensual, is often a display of status and a kind of ritualized male bonding. Consider:

The erasure of gender, when media framing focuses on "scandal," "the dangers or tech" or "Kids these days...," contributes to a public harm by ignoring, and therefore normalizing, gendered coercion. "Sexting is The New Flirting," blared one headline today, in which the writer doesn't mention gender or coercion, despite including a quote from a girl saying, "It makes it harder to say no because it's like, 'Oh why not, just send a pic.'"

Sexting becomes a problem of safety when teens, regardless of gender, coerce, share and sell images with no respect or regard for the feelings or rights of the people in them. Sexting illustrates the tremendous pressure kids feel to act sexually -- either coercively, dominantly, or submissively, as an exhibition of gender status. Girls and boys are not social or cultural equals and, when it comes to sexting, both learn that the sexual objectification of girls is social (sometimes actual) currency and, they understand the double standards that they live with. When asked in a 2013 study, boys and girls equally believed that sexting, and the way people respond to sexting, disproportionately hurts girls.

By the time a girl is ten she can "produce sexy" on demand. Sexting patterns are an extension of well-established social norms. Girls seem to be sexting because they are being pressured to share pictures and are socialized to believe that at it's important to please boys and men, even if it hurts them. 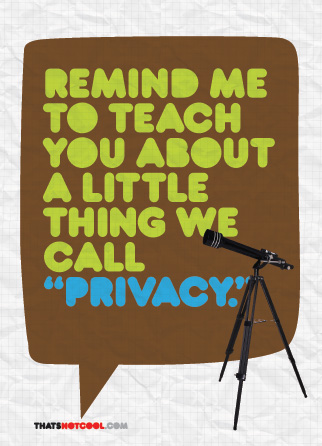 However, boys, too, are performing. What does it say that a 13-year-old boy knows he can sell, for $5.00 a pop, pictures of his eighth-grade girlfriend? Or that boys are trading girls' images like baseball cards, barely even looking at them. What they are too frequently and disproportionately engaged in is unempathetic, coercive displays of masculinity where they leverage -- consciously or not -- unfair double standards to enhance their own status. And, institutions often support this.

A London School of Economics study described how families and schools often hold girls solely responsible when sexts are shared without their consent. The approach seems to be, "What did you expect?" In an Atlantic piece last year, Why Kids Sext, Hanna Rosin described a case in Pennsylvania where a local district attorney threatened to bring child-pornography charges against girls who showed up in widely shared pictures. In a similar incident last year, a girl at a private school in Alexandria, Virginia, was expelled after she texted a topless photo to two friends, boys, on a dare. Despite their sharing the pictures without her knowledge, the boys were not censured. Earlier in the year, the city of Cincinnati, dealing with a problem very much like the current one in Colorado, decided to punish the ten girls whose photographs were shared the most. In another case cited by Rosin, in which the more typical gender relation is reversed, two girls convinced a boy with autism to send them a picture of his penis. They shared it widely and the police chose to go after the boy.

While students seem to understand the double standards, what is the flip side of the equation: How does sexting, and the ways in which people respond to it, help boys?

Boys gain status from being coercive and abusive sexting, and from leveraging preexisting double standards that disadvantage their female peers. In point of fact, it makes sense that boys share images of girls as objects. And, it's traditional. Last week, Sigma Alpha Epsilon, aka "Sexual Assault Expected," was in the news for "Rush boobs" -- asking women to share pictures of their breasts with the frat's letters written on their breasts. Does that count as a sext? It's a short hop from sending photos to friends, without consent, to sharing them on a Facebook page.

Some people will read this and think "crying victim" and "demonizing boys," but both girls and boys lose in this equation. Without a doubt, boys are also subject to sexual coercion and are also negatively affected by the sharing of non-consensual photography. Boys, while not as subject to sexual shaming, likewise, experience the harms of coercion and exposure to sexually objectifying images they did not ask for. However, the real question is, what does stripping boys of the ability to empathize do them and the people around them? As Catherine Steiner-Adair, a clinical psychologist, consultant and author of The Big Disconnect: Protecting Childhood and Family Relationships in the Digital Age, explained last year in response to questions about the broader culture that sexting is part of, "We are neglecting the emotional lives of boys." We are also ignoring persistent inequality and the messages that children get about gender.

Kids know exactly what's going on, but, for those that find it troubling and problematic, it's hard to know what to do about it. Writing in NetFamily News several years ago, Anne Collier, a long-time advocate for children's digital rights and safety, explained, "We need to talk with our kids about sexting, but I would add: that might be in the context of their developing sexuality, of the family's values, of appropriate use of digital media, or of self-respect in relationships." Boys and girls being harassed in this way are often, for every imaginable reason, unwilling to come to a parent or other trusted adult. For a kid to feel comfortable doing this there usually needs to be a long-standing relationship in which related topics have been openly discussed with respect and care.

All sexts are not created equal. There is a difference between a teen taking a nude selfie to share it with a specific person and that person's non-consensual sharing of that image with others. Forwarding sexy images meant for your eyes only is a violation of trust that has the potential to substantively hurt the person in the photograph, particularly if that person is female. Why, we should be asking is this situation so asymmetrical?

Non-consensual sharing of sexual images by teens is part of a broader culture in which sexual surveillance of women without their consent is endemic, in which women's appearance and sexuality are constantly monitored and regulated on sidewalks, at work, and in school, and in which the shaming of women is a used as a tool to negotiate male status. Young people are taking in lessons they've learned from parents, from religious ideas about sexuality and gender, from mainstream media depictions and, often, seriously flawed "sex education" classes and filtering them, quite literally, through their phones.

In Colorado, adults are trying not to arrest kids, and are, instead, focused on determining if any adults were involved and if the "sexting ring" forced anyone to take or distribute photos. That's a step in the right direction. 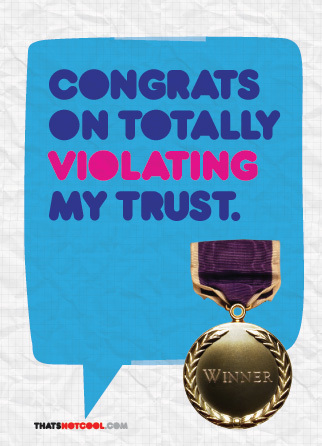