When Mitt Romney made his announcement that he wouldn't make another presidential run (for now), it didn't take long for pundits to add their thoughts. Some pointed out that Reagan won on his third presidential campaign. But the other 12 who tried since 1952 didn't.

Boston Globe reporter Matt Viser writes "Romney supporters have pointed to another historical example: Ronald Reagan ran three times (though he was not the party's nominee until his third try). Supporters also note that Romney, who is now 66, would be 69 years old in 2016 -- the same age as Reagan when he was sworn into his first term." Viser also quips that a "Mitt Romney for President 2016" Facebook page started after the 2012 election has less than 1700 likes, or "not enough to win some Iowa counties."

Washington DC Attorney and supporter Jim Guiard wrote of the Romney-Reagan for Newsmax, saying "With the Reagan-Romney parallels becoming ever more clear and with ample time to convince millions of voters by both words and deeds that this is, indeed, the truth, the odds will greatly increase American voters will not miss this second chance to elect a model of the new Ronald Reagan." Guiard also calls Romney as a member of the "patriotic tea party movement." 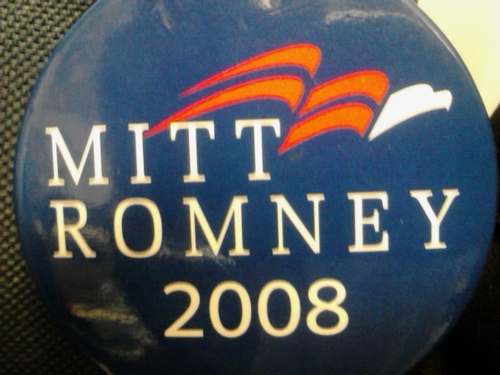 Rather than delve into a guessing game, it's useful to look at other candidates who have attempted three or more presidential runs since 1952, to see if the "third time is the charm" or a "strikeout."

On the Republican side, Reagan did run as a convention candidate in 1968, lost a primary battle for the GOP nomination in 1976 before winning the presidency in 1980. But for others who ran three or more times, it hasn't worked out so well. Kansas Senator Bob Dole came up short in GOP primary battles in 1980 and 1988 before losing the 1996 Presidential Election.

For Democrats, it's not much better. Minnesota Senator Hubert H. Humphrey lost presidential campaigns in 1960, 1968, 1972 and 1976, only winning the nomination in 1968. Alabama Governor George Wallace ran three times for the Democratic nomination (1964, 1972 and 1976) and once for president on the American Independence Party ticket. Adlai Stevenson of Illinois lost two presidential contests (1952 and 1956), as well as a nomination battle with JFK. California Governor Jerry Brown came up short in three races for the Democratic nomination (1976, 1980 and 1992).

Romney could always prevail in 2016, and he is no doubt waiting for Jeb Bush to stumble before poaching back his advisers and donors. But using the "Reagan ran three times" analogy might not be such a good one, since Reagan is the only candidate of at least 13 since 1952 who campaigned at least three times and won.