Why is Vancouver considered as one of the best cities in the world despite being one of the most expensive?: originally appeared on Quora: The best answer to any question. Ask a question, get a great answer. Learn from experts and access insider knowledge. You can follow Quora on Twitter, Facebook, and Google+.

Answer by Mike Barnard, Lived there for a decade. 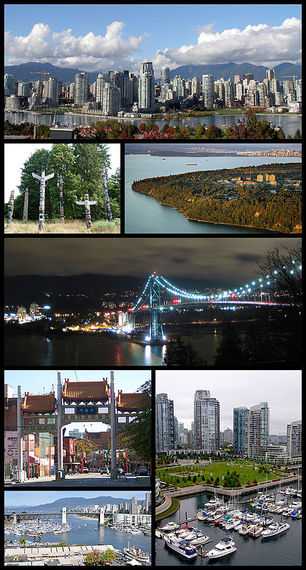 Living in Vancouver is awesome.

I lived in Vancouver for a decade, visit it at least yearly and expect to retire there. But I've lived in or visited many of the most acclaimed and biggest cities in the world, as well as tons of the smaller ones: Sydney, Melbourne, Toronto, San Francisco, San Diego, Sao Paulo, Rio de Janeiro, Brasilia, Los Angeles, Miami, Singapore, Ottawa, Calgary, Copenhagen, etc.

The more cities I spend time in around the world, the more I realize how special Vancouver is. But why?

1. Vancouver has a supernaturally beautiful setting. There's no way to downplay this. Vancouver is blessed with more natural beauty than any major city in the world. The north shore mountains, English Bay off of the Pacific Ocean sheltered from the worst storms by Vancouver Island, temperate rain forest with huge trees, wildlife on the water's edge and an active volcano, Mt. Baker, standing in as a surrogate for Mt. Fuji.

2. Vancouver didn't screw up its beautiful setting advantage. Sydney is almost as blessed. So is San Francisco. So are other cities around the world. However, Vancouver created Stanley Park, a 1001 acre blessing of mostly untouched trees in 1886. Vancouver put serious limits on urban growth with its Agricultural Land Reserve in 1973 and Green Zone in 1996. They established View Corridors to allow the views of the surrounding beauty to be accessible by all in 1989. They started the Vancouver Seawall which runs 22 kilometres around the downtown and Stanley Park in 1917, and put in place urban planning policies and regulations which required that developers building on the waterfront extended and maintained the seawall with free access and flow through for all. This kept the people concentrated in specific development areas, but made all of that glorious nature easily accessible by all as well. All of that concentration of people still makes it less dense than many Asian and South American cities, but it means that it is possible to get around on foot, bicycle and transit much more quickly and easily than the majority of cities in the world. 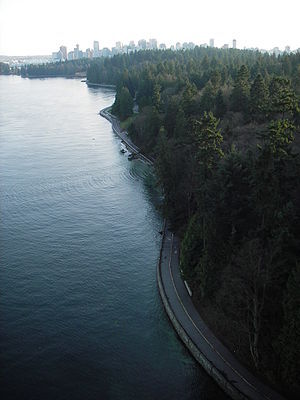 3. Vancouver is a major Canadian gateway to Asia. Chinatowns in other north American cities really don't compare to what Vancouver has to offer. It has a Chinatown, but many Asian cultural elements flow through all of the urban fabric of Vancouver, and dominate entirely in Richmond. The best Korean, Japanese and Chinese food in North America can be found in Vancouver, and there are dedicated downtown supermarkets for Asian food and goods. A big part of Vancouver's tremendously multi-cultural and multi-ethnic spirit comes from Asia, and that's a blessing as well. 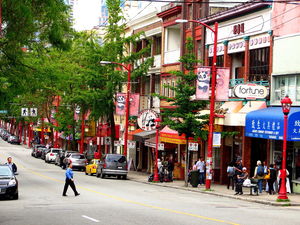 4. Vancouver is in Canada. Peace, order and good government. That's in the preamble to Canada's constitution and what it pretty much holds to. Canada loves immigrants, gaining tremendously from their influx, and Vancouver doesn't just have the benefits of east Asian cultures, but most other ethnicities as well, and they pretty much just all get along, eating each others' cuisines and admiring each others religious edifices while working together to make a living and to weave the civic fabric. Canada is a democracy that works as well as any other, it's just not corrupt at all outside of a handful of instances and we are better known in the world as peacekeepers than warriors, although our current government is a bit more militant. Our biggest source of violence is the occasional hockey riot, but even there we find moments of wonder and peace.

5. Vancouver is rich. Vancouver is a major north transshipment American port with enormous amounts of container traffic and many cruise ships coming in and out, all of which leave a lot of money in local pockets. Vancouver is the business capital of British Columbia, a stupidly resource rich land of forests and minerals, and many of the companies which extract those resources have head offices or significant offices in Vancouver, once again pumping lots of money into the local economy. Vancouver's natural beauty doesn't just draw the international rich who have third- and fourth-homes there, but film and television production companies who take advantage of the city and its surrounding beauty to film a lot of media, once again pumping money into the local economy. This leads to challenges with housing prices, but Vancouver isn't that expensive by world standards, just by Canadian standards, and the wealth means that there is transit and other infrastructure that works for the vast majority of people who don't live in multi-million dollar condos. Oh, and that richness means that they actually have adequate cultural outlets -- symphonies, live music, theatre, art galleries, museums -- for those that want them, although they have to compete with the natural beauty.

6. Vancouver's weather rocks. Vancouver rarely dips below freezing in the winter. The summers rarely get anywhere near 30 degrees Celsius and aren't humid. You can walk, bicycle and do everything else out doors all year long. I've watched people play tennis outdoors on New Year's Day, and lived in a condo without airconditioning for years without it particularly being an issue. It's a bit grey in the winter, but compared to the compromises most other places in the world make, it's just not that bad especially because ...

7. Vancouver is green and clean. The climate and the winter rains mean that Vancouver is green year round, and dust and grime just doesn't build up that much even if you live next to a construction site, but gets washed away. The air is clean, the streets are clean, the beaches are clean. The air there smells so good that whenever I land in Vancouver from anywhere, I stick my head out the cab window on the way downtown to breathe deeply of it. British Columbia gets 93% of its electricity from hydroelectric because it has such stunning resources for that form of generation, which means that there is virtually no fossil fuel-related pollution from the electrical grid. Up the Fraser Valley gets a bit smoggy at times due to the people that are still driving cars, but it's hardly anything by international standards.

8. Vancouver's commute times are good. Just don't drive downtown in the morning rush hour or out of downtown in the evening rush hour. Pick your location so that you can take advantage of the Skytrains and express trains which come in from the suburbs, or live downtown as so many people do. Vancouver's road congestion is bad, but that's immaterial as Vancouver's average commute time is one of the lowest of major cities worldwide and famously and uniquely among North American cities actually declined over the decade leading up to 2006. You can live without a car in Vancouver. You can get to the airport by subway. Vancouver doesn't have bikeshare yet, but it does have Car2Go and walking around Vancouver is great and safe. Vancouver has some of the cleanest and best maintained taxis in the world and the majority of them are hybrids. And frankly Vancouver's transit system has the best views in the world.

9. Vancouver is a safe city. Violent crime is very low compared to most North American cities and extremely low compared to international cities that aren't Tokyo or Singapore. Property crime is higher than average, or at least was, but losing a bicycle isn't such big deal in the grand scheme of things. Yeah, Vancouver has some pockets that aren't so great such as the perennial challenges of Main and Hastings, but to be clear, I walked through that intersection after dark and during the daytime dozens of times and never felt particularly threatened. It's easy to avoid if it makes you nervous. And Vancouver has a lot of dedicated bike lanes separated from traffic and pedestrians.

10. Vancouver is an outdoor playground. The climate, the ocean and the mountains combine to make Vancouver and area a year-round playground. Want to sail, standup paddle board, play tennis, snowboard, swim, windsurf, run, inline skate, mountain bike, paraglide, ski, unicycle, skim boarding or anything else that you might fancy outside? Most of those are both possible and enjoyable year round. If your idea of a good time outdoors is baking on a beach, Vancouver has literally miles of public beaches downtown and a great nude beach as well out near UBC.

11. Vancouver has great schools. UBC and Simon Fraser Universities are both highly ranked schools internationally, and both are on amazingly beautiful campuses with great architecture from renowned architects. They both attract international students as well as a disproportionate share of the cream of Canadian students as well.

12. Vancouver has great coffee. Vancouver's coffee scene is great, with chains and one-offs for every taste. I prefer Italian-style espresso with the blend heavy on Brazilian beans and fairly darkly roasted, and can get that easily with high quality at many shops. I like locally roasted beans that are fresh, and there are several choices for my home brewing pleasure. My preference runs to slightly more upscale coffee surroundings these days, but there are grungy traditional Italian places on Commercial, hipster bohemian places and places with blaring music. There are coffee shops that are devoted to feeding ESL students pieces of cheesecake the size of their heads and coffee shops devoted to being the literal antithesis of Starbucks. And there are lots of Starbucks too for those that like that sort of thing.

Is Vancouver perfect? No, but by the standards I've been developing as a lifelong student and appreciator of the development of cities and my global travels, it's the closest thing to it in the world.