One of the best stage effects ever is to put the mic and drum kit in front of a sweeping mountainous view. There's something about tall peaks and alpine air that lifts the outdoor music experience "a little bit higher now."

If you want to get to know the character of a ski town, go to a ski town music festival. The fun-loving locals are always there shaking their rumps at every show--be it clad in puffy jackets in the winter, rain coats in the spring, flannel in the fall, or flip flops in summer.

Here are some of the top ski town music fests, year-round. 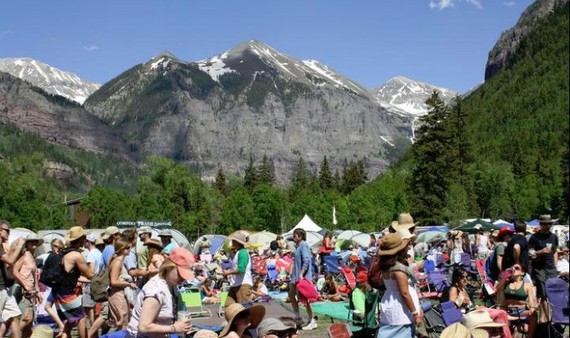 Now in its 42nd year, Telluride Bluegrass Festival is the uncalculated prototype that other ski town music fests have been modeled after. Add up all of the foot-stomping good times had in the Box Canyon over the course of four decades, and it has to be even better than Woodstock.

My first TBGF experience was in 1993, camping in a field littered with cow pies and prairie dog holes, hula hoops, late-night musicians, and dancing dirty feet. My most recent show was last year and it had almost all of the same ingredients, except a different camping spot.

For the most organic experience, I'd recommend digging your toes into a four-day pass with camping in Town Park where you can walk into the venue from your campsite. But plan early. Tickets go on sale (and sellout immediately) in November, but you can also try your luck on Craigslist and at the gate. June 18-21, 2015. 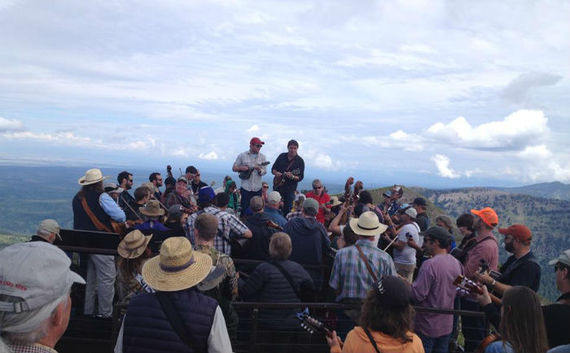 Considered the Grand Daddy of bluegrass fests in the Northern Rockies, folks in the Tetons have been shaking their money-makers at Targhee Bluegrass since 1987. Picking and grinning this year are Hot Rize, Bela Fleck and Abigail Washburn, Keller Williams' Grateful Grass, Greensky Bluegrass, the Infamous Stringdusters, Elephant Revival, and Lake Street Dive.

For a more interactive experience, you can spend four days getting tips and jamming with some of the best in the business in the Targhee Music Camp, held the week before the festival. August 3-9, 2015. 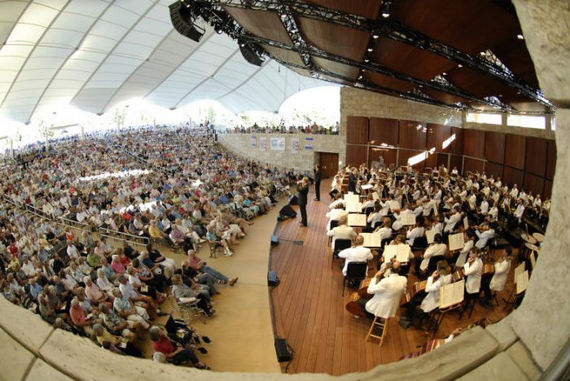 If it's worth doing, its worth overdoing. That was the mantra of Earl Holding, the owner and patriarch of Sun Valley. Earl passed in 2013, but his legacy is forever stamped on the resort.

One of Earl's visions is the Sun Valley Pavilion, hands down the most magnificent concert venue you'll find at a ski area. It seats 1,600 and is made from 1,000 tons of marble mined from the same quarry used to build Rome's Coliseum.

The Sun Valley Summer Symphony is the largest admission-free symphony in America with a full lineup of concerts that run well into August. 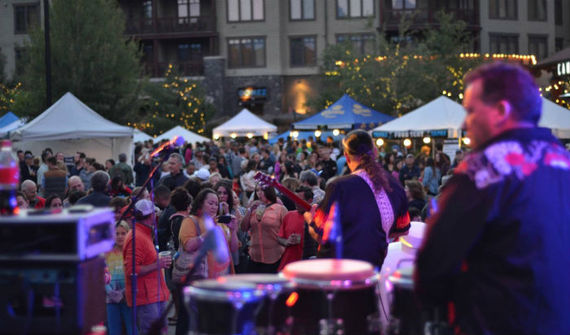 Tex Ritter sang the lyrics "If the ocean was whiskey and I was a duck, I'd swim to the bottom and never come up."

Rock 'N Rye returns Labor Day Weekend with music in Mammoth's Village Plaza with craft brewers serving it up and more than 25 ryes, bourbons, and whiskeys on the side. Even better, you needn't feel guilty about getting your Tex Ritter on, a portion of the proceeds are donated to Mammoth Medical Missions. Sept. 5-6, 2015. 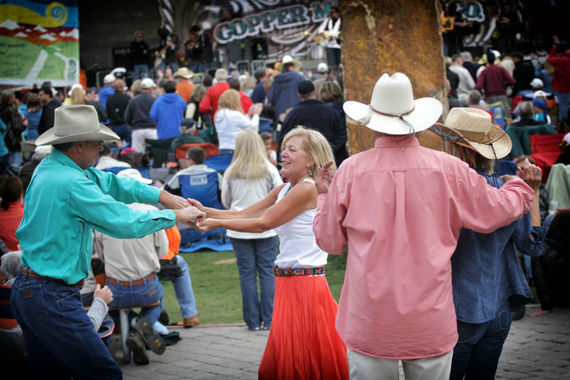 Labor Day weekend marks the time that cowgirls and cowboys kick up their heels at Copper Mountain for Copper Country, a free music and arts festival with a weekend's worth of family fun. 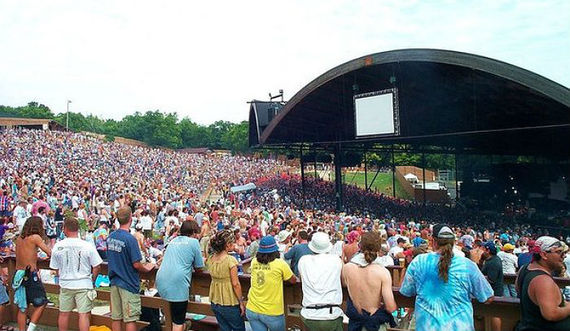 I didn't always know who Stevie Ray Vaughn was. As a kid, KISS, the Scorpions, and Ozzy Osbourne dominated my playlist. One of my top musical regrets is missing an opportunity to see the blues legend's last performance on August 27, 1990 at Alpine Valley ski area near East Troy, Wisconsin.

After playing his set, the helicopter Stevie was in crashed into the side of the hill. The sky was crying that night, but Alpine Valley has kept the house a-rockin' ever since. It's the second largest amphitheater in the U.S. and acts this summer include Dave Matthews, Phish, Jimmy Buffet, and Huey Lewis and the News. 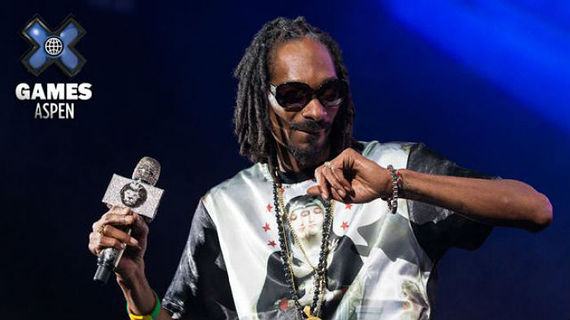 Snoop Dogg in Aspen. I mean, just let your mind wander for a moment and try to picture all that went down during the Winter X Games this season.

There's a reason that most of the on-hill events don't start until noon. In fact, some folks say they show up for the music and parties more than they do the competition. Aspen's 15th Winter X Games goes down Jan. 28-31, 2016.

Winter WonderGrass is a lot like it sounds--a heaping mix of the finest music, libations, and scrumptious food specially seasoned to take the chill out of winter. It's a full-on community gathering that debuted in North Lake Tahoe this year and has been held in Colorado since 2013.

Winter WonderGrass promotes sustainability, local non-profits, and the arts. This winter the event comes to Avon, Colorado in February and Squaw Valley in April. 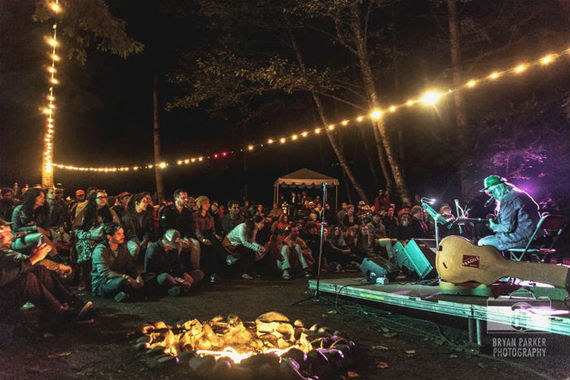 After selling out in its inaugural year, Timbrrr! Winter Music Festival made a return run Jan. 9-10 at Steven's Pass in Leavenworth, Wash. Some of the acts knocking the trees down this year include Seattle hip-hop artist Sol, and bands Red Fang, Hobosexual, Bellamaine and ADD ODE. The fest is the winter counterpart to Timber! Outdoor Music Festival. Watch for dates for 2016. 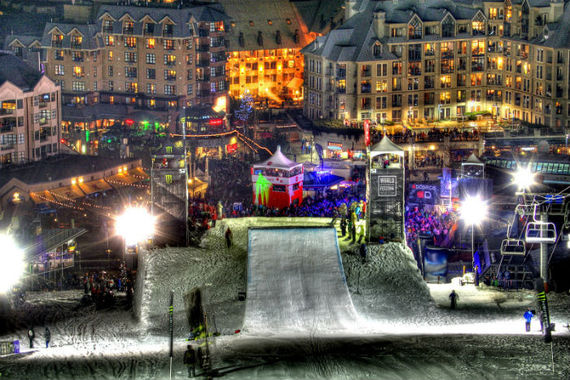 Party in April, sleep in May. That's the mantra of World Ski and Snowboard Festival (WSSF), the largest annual free outdoor concert series in Canada serving up a 10-day lineup of free music with major pro ski and ride comps, film, art, and even red stiletto heels and roller derby.

My buddy Jack Turner has been to the fest 17 consecutive years and says it's the ultimate ski, snowboard, music, and film event on the planet. "But I'm going back again to double check."

2. Reggae on the Beach 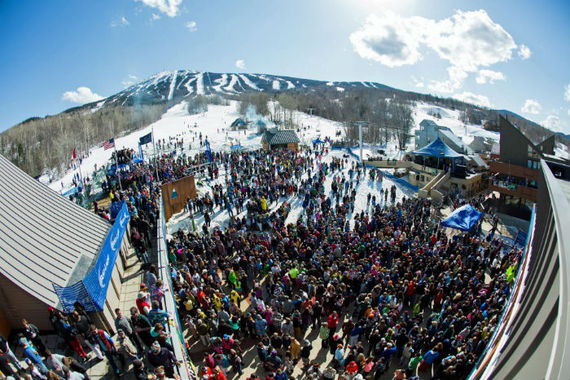 PHOTO: Boston Globe/Reggae on the Beach
They be jammin' Reggae on the beach at Sugarloaf for more than 25 years now mon. It's the largest spring skiing festival in the East with a weekend filled with non-stop live music, ruckus parties, corn snow and of course smiles. Watch for 2016 dates. 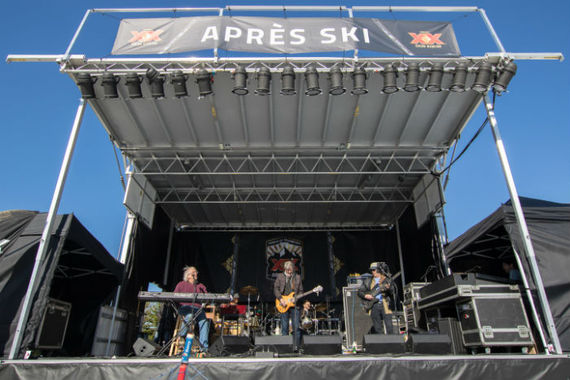 This year Killington added the new Dazed and Defrosted music festival to its seven-week Nor'Beaster spring celebration. Local-favorites Joey Leone Trio and Tony Lee Thomas Band warmed up the stage at the bottom of The Beast's famed Superstar trail.

Later in the afternoon Soul Tsunami and Max Creek, an ultra-tight jam band that's been playing the circuit for more than 40 years, closed out the show. Here's a 40 second snapshot of this year's action. WATCH VIDEO.