D'Angelo and the Vanguard, Tyler the Creator, and Public Enemy are set to perform during the weekend festival. Luckily, for those who aren't well-versed in urban alternative music, here's a playlist to get you ready for Afropunk's Atlanta debut.

4. "Really Love" by D'Angelo and The Vangaurd 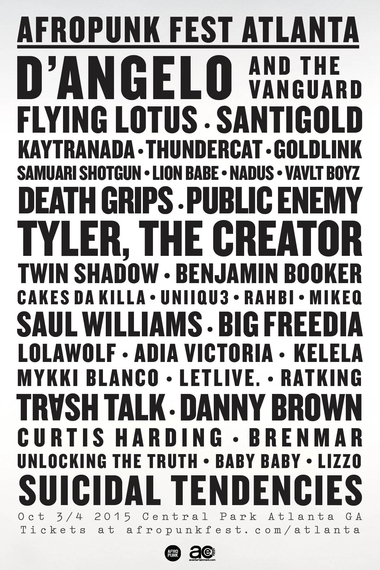