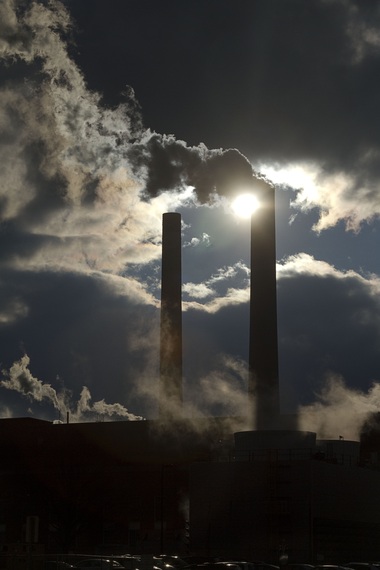 Pretty much everyone loves solar power. So if you're running an ad campaign to convince politicians or the public to weaken policies that have helped spur America's solar boom, you may have to resort to hyperbole, deception, or outright lies.

An ad in Arizona, for example, claimed low fees for rooftop solar amounted to "California-style corporate welfare" for "out-of-state solar companies," even though the state is home to nearly 400 solar businesses employing more than 9,000 people.

A Kansas ad said the state's renewable electricity standard was "another government mandate we can't afford," even though the state's own utility commission found that clean energy supplied 15 percent of electricity when demand was highest, but made up only 2 percent of utilities' costs.

In Florida, an ad criticizing a pro-solar ballot initiative claimed that ratepayers will end up subsidizing solar panels owners who connect to the electric grid, even though nearly every study on the topic shows the opposite is true.

These ads don't just share in common their shady approach to the facts. Backing each of these attacks on solar energy were fossil-fuel magnates Charles and David Koch or their front group, Americans for Prosperity.

The Koch brothers have a massive stake in fossil fuels through their company Koch Industries and its many subsidiaries, with refineries in three states and 4,000 miles of pipeline under their charge. Americans for Prosperity allows the Kochs to mask their financial interest and fight pro-solar policies under the ruse of citizen opposition.

The Kochs, however, are not alone. Environment America's recent report, Blocking the Sun, written along with the Frontier Group, shows they're among 12 fossil fuel interests and utilities running some of the nation's most aggressive campaigns to undermine policies that promote solar power.

The Edison Electric Institute, the trade group that represents U.S. investor-owned electric utilities, launched the current wave of anti-solar advocacy with a 2012 conference warning utilities of the challenges solar energy posed to their traditional profit centers.

The Heartland Institute, a think tank with backing from Exxon, the Kochs, and others in the fossil fuel industry, helped ALEC draft its anti-solar bills, and has spread misleading information about the impacts of solar energy.

The Consumer Energy Alliance presents itself as a voice for consumers, but is in fact a Houston-based front group for the fossil fuel industry, representing fossil fuel companies like ExxonMobil, Chevron and Shell Oil.

Next, in state after state, electric utilities use the support provided by these national anti-solar interests, supplemented by their own ample resources, to attack key solar energy policies.

Arizona Public Service funneled money through front groups for anti-net metering advertisements and has been accused of improperly cultivating influence with the state commission that regulates utilities.

Duke Energy, the largest utility in the U.S., has positioned itself through investments in utility-scale solar plants to be seen as a champion of solar energy - all while spending millions on campaign contributions to keep anti-solar politicians in office in Florida and lobbying against third party solar agreements in North Carolina.

American Electric Power has backed anti-solar campaigns in states including Ohio and West Virginia, and succeeded in efforts to limit rooftop solar in West Virginia.

The Salt River Project, another utility in Arizona, passed perhaps the most damaging anti-solar provision in the country: a demand charge for solar customers that will increase utility bills by an average of $50 per month.

In Ohio, FirstEnergy led the fight to make Ohio the first state in the country to freeze its renewable energy standard - resulting in annual private investment in Ohio solar energy dropping by more than $100 million..

We Energies, Wisconsin's largest utility, has submitted a nearly continuous stream of proposals to the Wisconsin Public Services Commission to halt the growth of solar, including proposals to limit net metering and to impose surcharges on solar owners.

Probably because solar power is so popular, most of these attacks happened away from public view, in dense regulatory filings or before obscure utility boards. And when the assaults were out in the open, moneyed special interests operated under the guise of a group claiming to represent seniors or energy consumers.

Our report attempts to pull back the veil on these vested interests fighting solar power in America. By shining a light on the companies and entities attacking solar energy - and the tactics they use - we hope to help citizens and decision-makers respond when the nationwide assault on solar energy arrives at their doorsteps.