Fighting in a war can be a harrowing experience, but imagine coming back and not being able to find a home.

More than one million veterans are at risk of becoming homeless, while tens of thousands of former servicemembers are already living without shelter, according to the Center For American Progress. In fact, one in seven homeless people previously served in the military, a December 2011 report found, and much of the other data surrounding homeless veterans are equally worrisome.

Indeed, the issue of veteran homelessness is becoming increasingly important as defense spending cuts limiting vital benefits for veterans will automatically take effect in 2013, if Congress doesn't take action, according to the Center For American Progress.

As the future of the veteran support systems hangs in the balance, a recent report found that, compared with other homeless people, veterans face even greater adversity. Former service members are 11 percent more likely to develop a life-threatening disease while living without shelter compared to their non-veteran counterparts.

Good news for veterans may be rare but there is some hope. Recent job initiatives by President Obama have helped veteran unemployment fall by six points over the past year. Between January 2010 and January 2011, veteran homelessness declined by 12 percentage points. Still, with wars winding down in Iraq and Afghanistan, those numbers could increase rapidly without government safeguards, according to the Center for American Progress.

Here are 16 must-know facts about veteran homelessness. This material "Veteran Poverty by the Numbers" was published by the Center for American Progress: 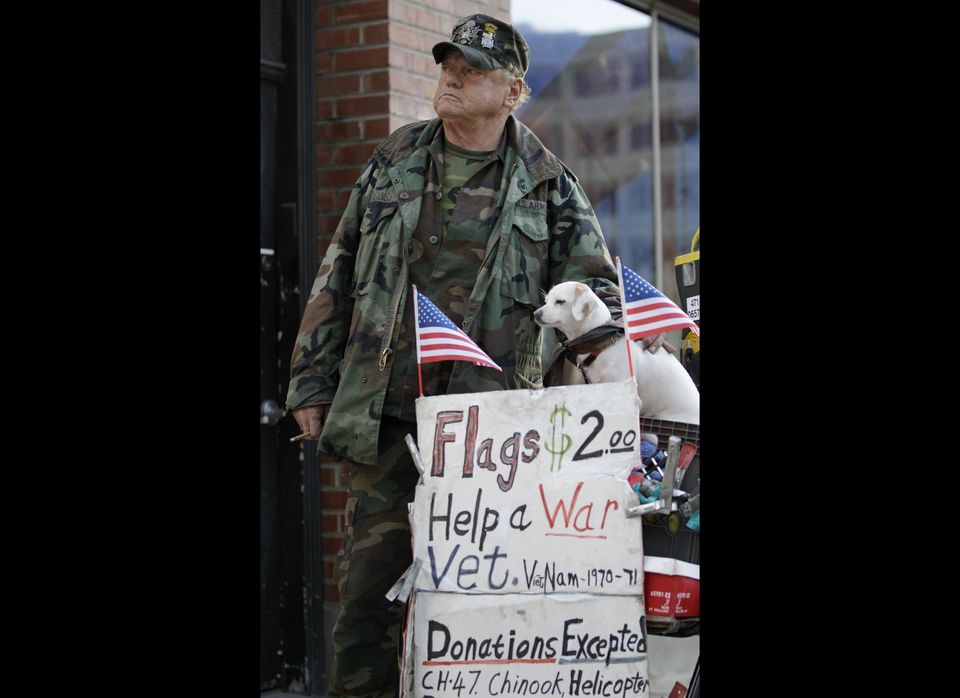 1 / 12
One In Seven
As of December 2011, veterans of the military accounted for one in seven homeless people, the <a href="http://www.americanprogress.org/issues/2012/03/veteran_poverty_numbers.html" target="_hplink">Center for American Progress reports</a>.
AP