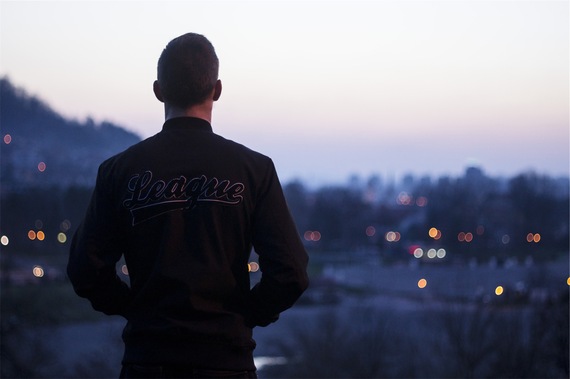 If there's one habit that cripples more dreams than anything else, it's making excuses. Life rarely goes according to plan, but responding with excuses only turns a bad situation into worse.

There's a big difference between giving an explanation, and making an excuse. Excuses harbor guilt and shame -- a protective veneer for avoiding a deeper issue. They rationalize bad behaviors, and set the table for a mediocre life.

Here are 12 steps to permanently remove excuses from your life:

How often do you make excuses? For seven days, be on high-alert for any attempts at rationalizing bad behavior. Chalk them up in your journal. Write out the incident that sparked off your excuse.

It doesn't mean indifference toward your faults, but detaching yourself from the shame.

As you get better at catching your excuse-making, begin to shift your mindset from rationalizing to creating solutions.

Instead of saying you were too busy to meet the deadline, tell yourself you need to get up earlier and schedule your day better.

This is the friend nobody wants, but everyone needs. The one who'll throw the flag on your faults. Give the green light to someone in your circle to nudge you whenever excuses are attempted.

For extra motivation, let them penalize you, put something on the line for every excuse you make.

If you weren't so public with your goals, you wouldn't have to backtrack with excuses when failing to meet them. While there's evidence that sharing goals with the right people helps keep you on track, it's more satisfying to simply get it done and avoid any possibility of excuse-making.

6. But find the sweet spot

Overcommitting leads to excuse making. To-do lists are great for clarity and productivity, but overloading leads to frustration.

Stretch yourself, but be aware of your breaking point. If you keep failing to complete tasks, you're overestimating your ability and time. Find that sweet spot where expectation meets accomplishment.

7. Reflect before you react

Habitual excuse-making causes visceral reactions to negative experiences. Taking a moment to pause and reflect creates a mental break and allows for a better response.

Instead of immediately getting offended or frustrated, learn to take any criticism constructively. Detach yourself and don't take things personally.

8. Live according to your standards

It's hard to find motivation when you're living up to other's expectations. It opens the door to failure, and excuses.

You'll kill the two birds of people-pleasing and excuses with one stone once you align your actions with your own beliefs and goals.

We're all human and prone to mistakes. But to blame others, when you're responsible, is a destructive way to excuse your behavior.

As opposed to solely goal oriented, where failure to arrive at a destination or meet a goal causes a sting, and subsequent excuses to ease the pain.

Becoming process oriented means seeing value and learning in every step of the journey, not just the destination. Mastery is not a static but progressive destination. It releases the unnecessary pressure you place on yourself.

Successful change is meaningful change. You need motivation to stick to goals, and that comes from purpose--seeing the positive effects of removing excuses.

Think through the benefits of having an excuse-free life: healthier relationships, increasing productivity, living your dream.

As with any behavioral changes, positive reinforcements make new habits stick. Any time you check off a step on this list, have a glass of wine and give yourself a pat on the back. Give yourself a daily mantra: "I make progress, not excuses."

Always recognize your little wins, they'll lead to big ones.

Thai writes from the intersection of psychology, philosophy, and spirituality. Sign up for his free infographic-articles at: The Utopian Life.