Most of us have fantasized about living in the past -- seventeenth-century France, Rome of the emperors, sailing with Viking explorers. But there is an aspect of the past that can be guaranteed to send us scurrying back to the reassuring present -- health and medicine. No matter how fascinating living in earlier centuries may have been, the moment you got ill, your chances of survival were highly debatable and the likelihood that your treatment would involve the ingestion or application of something disgusting were pretty high.

Bird poo, for instance, a favorite ingredient in early modern times, for many treatments. Like this one:

For one that is burned with gunpowder or otherwise

Take one handfull of groundsel, twelve heads of houseleek, one pint of goose dung, as much chickens' dung, of the newest that can be gotten, stamp the herbs as small as you can, then put the dung into a mortar, temper them together with a pottle [pot] of boars' grease, labour them together half an hour, and strain it through a canvas bag with a cleft stick into an earthenware pan, and use it when need requireth; it will last two year.

A choice manual of rare and select secrets in physick and chyrurgery, Elizabeth Grey (1653).


If while applying this you suffered a sprain you could try this, from 1885.

For sprains, strains, lame back and rheumatism

Good sized live toads, four in number: put into boiling water and cook very soft; then take them out and boil the water down to 1/2 pint, and add fresh churned, unsalted butter 1 lb and simmer together; at the last add tincture of arnica 2 oz.

This was obtained from an old physician, who thought more of it than of any other prescription in his possession. Some persons might think it hard on toads, but you could not kill them quicker in any other way. 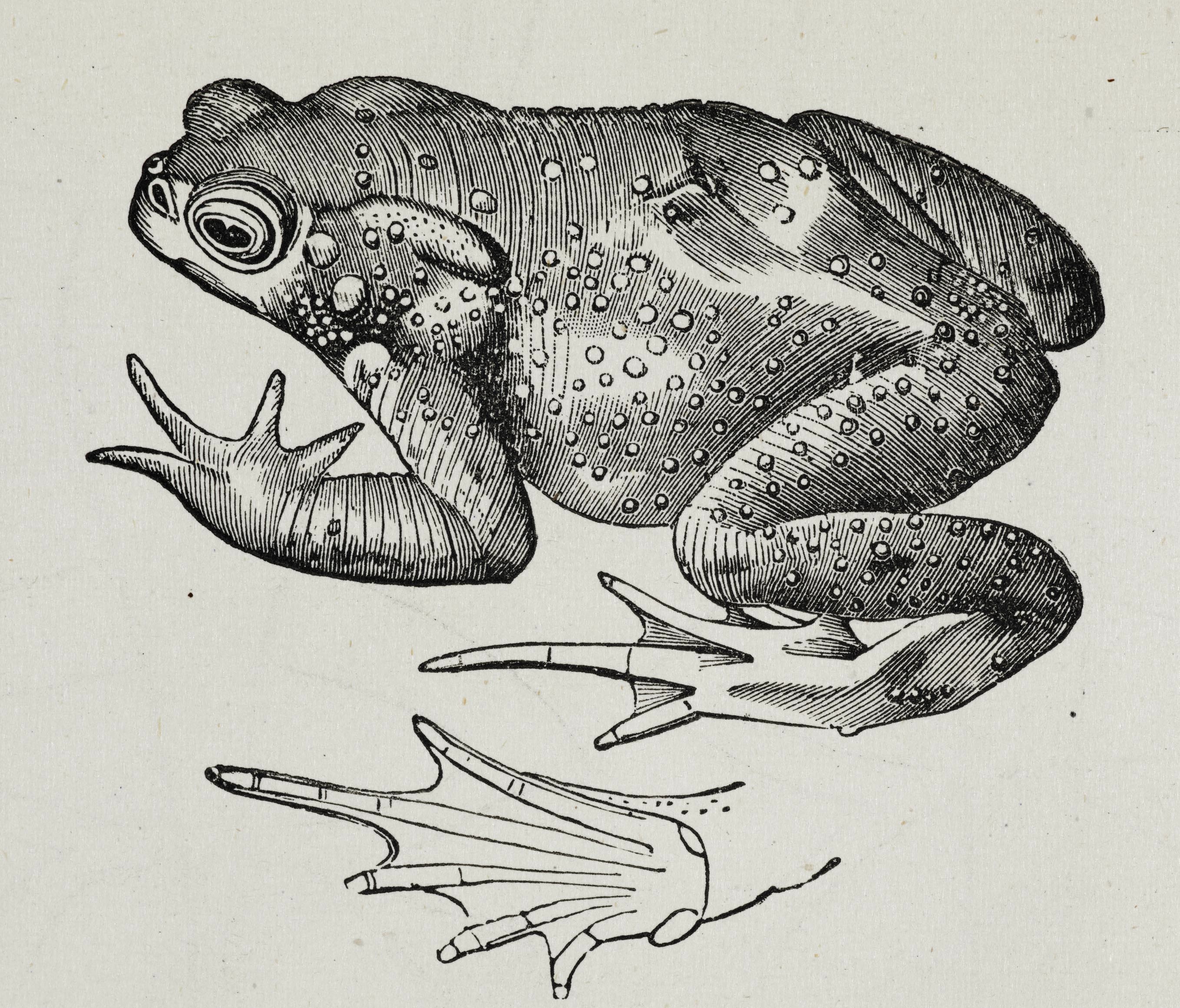 Amphibians have good cause for complaint about medicinal recipes over the years. Should thinking about this give you belly pains, you could try this from The Queens Closet Opened (1696):

Take a turf of green grass, and lay it to the navel, and let it lie till you find ease; the green side must be laid next to the belly. (The Lady Drury's medicine for the colic).


But this might make people think you were suffering from lethargy -- if you felt lethargic in the fourteenth century, there was a full battery of treatments ready for you:

It is necessary for lethargy-sufferers that people talk loudly in their presence. Tie their extremities lightly and rub their palms and soles hard; and let their feet be put in salt water up to the middle of their shins, and pull their hair and nose, and squeeze the toes and fingers tightly, and cause pigs to squeal in their ears ... Put a feather, or a straw, in his nose to compel him to sneeze, and do not ever desist from hindering him from sleeping; and let human hair or other evil-smelling thing be burnt under his nose.


If this regime brought on fits you'd need to get hold of the left back hoof of an elk ...

because he is very subject to the falling-sickness; and as soon as he is attacked with this disease, he fails not to put his left foot to his left ear, to cure himself thereof; which has given occasion to the ancients to believe that the elk's claw, or the horn upon the left foot, was a specific [cure] for the epilepsy. 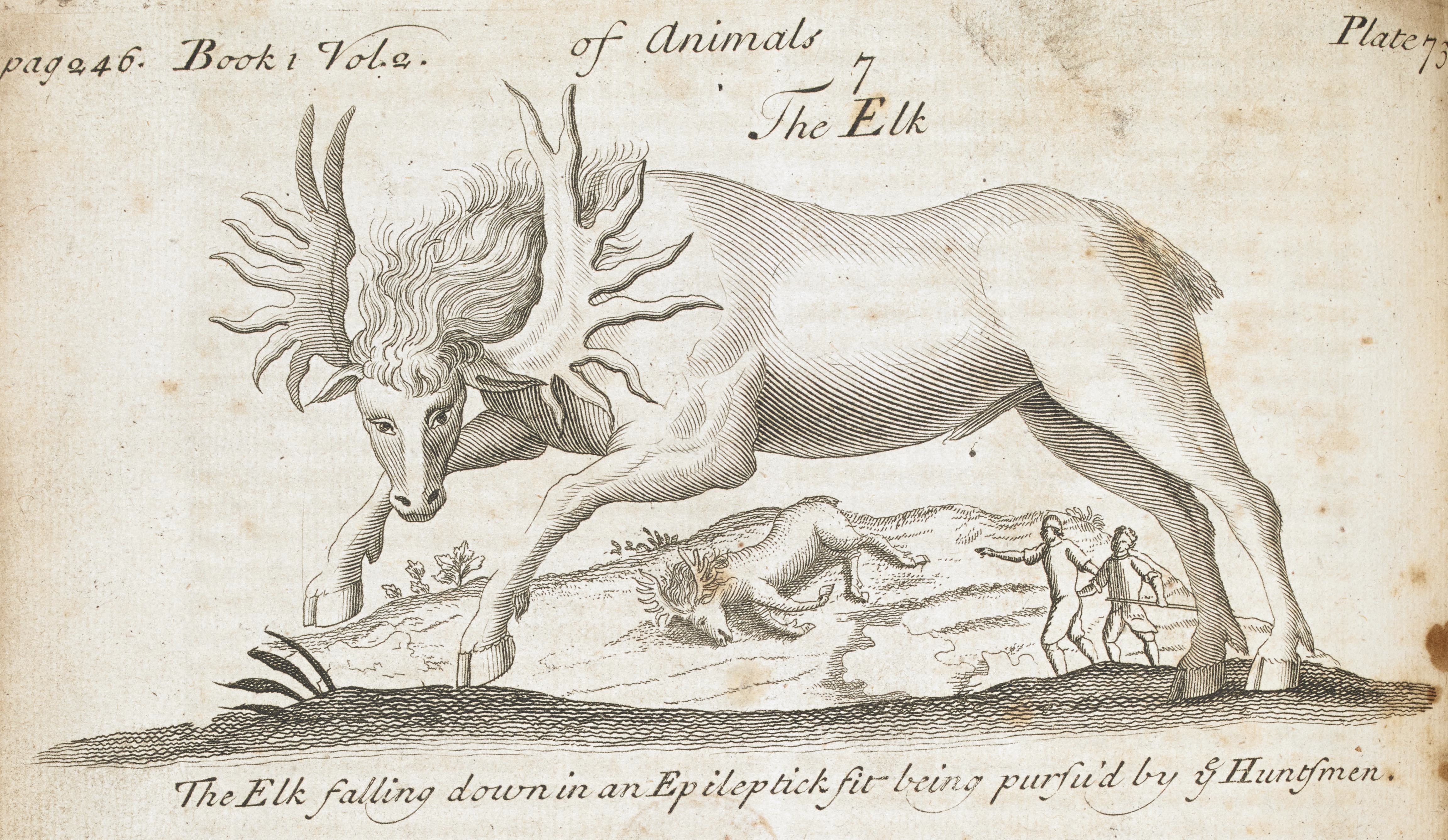 Probably the method of treatment was to burn the hoof near the sufferer's nose - which might bring on an attack of asthma, in which case John Wesley, in Primitive Physic (1755) had just the thing for you:

Live a fortnight on boiled carrots only. It seldom fails.

Carrots are a natural diuretic, but never fear -- the sixteenth century had a remedy, particularly good for children in this case:

A mouse rotted and given to children to eat remedieth pissing the bed.

Note that the mouse is 'given to children to eat' -- the smart ones probably responded with an assurance that they were suddenly cured. If this didn't work you could always use the urine for

An assured remedy for the plague, approved of throughout Venice in 1504

Take of a healthy male young child's water, fine treacle and aniseed water, of each a like quantity, mingle them, and give about a quarter of a pint or a little more at a time of it to the patient in the morning fasting, for three mornings altogether; this hath cured many.

A brief collection of many rare secrets, Edward Fountaine (1650)

Sometimes you do indeed just have to trust your doctor. Daniel Border, in Polypharmakos (1651) passes on this way of getting rid of a wen (a sebaceous cystic tumour under the skin):

I have been told since of a certain, that if ye rub the wen often with the hand of a dead man until the wen wax hot, it will consume away in a short time after.

It's not so easy now to get ingredients like this, sometimes you just come up against a wall, but even when it seems nothing will move for you the simplest thing can help:

Take a beet root, or a cabbage root, cut it according to the length and shape of your fore-finger, that is, tapered; only a little pointed at one end; dust it about with a little salt powdered fine, and put it up your fundament.'

Gideon Harvey, The Family Physician and the House Apothecary (1676). So you see, cabbages really are good for you.

If after this you felt like building yourself up again, but were hampered by toothache, you could try this recipe using woodlice:

To make a tooth to fall without smart

The gray worms breathing under wood or stones having many feet, and when they be touched do they cluster together like porkenpickes [porcupines]; these pierced through with a bodkin or like thing and then put into the tooth that acheth allayeth the pain.

Piercing a woodlouse requires good eyesight. If you had any problems in this area, Sir William Read, Queen Anne's oculist, had just the thing for you -- 'the juice of goose dung or the white part of hen's dung.'

Which brings us full circle. I wish you the very best of health.

Julian Walker is an artist and writer, and leads workshops at the British Library, on literature, art, history, printing and the English language. His research-based art practice uses a wide range of media, to explore taxonomy, collections, and cultural history. He has published books on etymology and social history, notably Trench Talk: Words of the First World War (with Peter Doyle) and Discovering Words. His new book is How to Cure the Plague and Other Curious Remedies [The British Library, $17.00].

Images © The British Library Board

Author, 'How to Cure the Plague and Other Curious Remedies'