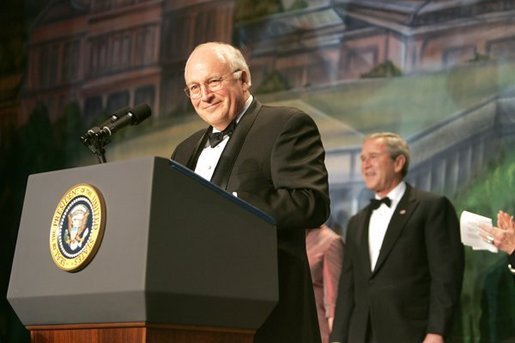 The Senate Intelligence Committee's torture report will be released "in a matter of days," a committee staffer tells me. The report, a review of brutal CIA interrogation methods during the presidency of George W. Bush, has been the subject of a contentious back-and-forth, with U.S. intelligence agencies and the White House on one side pushing for mass redactions in the name of national security and committee staffers on the other arguing that the proposed redactions render the report unintelligible.

Should something emerge, here are some important caveats to keep in mind:

1) You're not actually reading the torture report. You're just reading an executive summary. The full Senate Select Committee on Intelligence report on the CIA's interrogation and detention program runs upward of 6,000 pages. The executive summary is 480 pages. So you're missing more than 80 percent of it.

2) The CIA got to cut out parts. The summary has been redacted -- ostensibly by the White House, but in practice by officials of the CIA, which, lest we forget, is the agency that is being investigated, that spied on and tried to intimidate the people conducting the investigation, and whose director has engaged in serial deception about the investigation. The original redactions proposed by the White House included eliminating even the use of pseudonyms to let readers keep track of major recurring characters, and appeared intended to make the summary unintelligible.

3) Senate Democrats had their backs to the wall. Senate Intelligence Committee chair Dianne Feinstein faced enormous pressure to get the summary out in some form, before the incoming Republican Senate majority could do the White House a solid and squelch it completely.

4) The investigation was extremely narrow in its focus. Committee staffers only looked at what the CIA did in its black sites; whether it misled other officials; and whether it complied with orders. That is somewhat like investigating whether a hit man did the job efficiently and cleaned up nicely.

5) The investigation didn't examine who gave the CIA its orders, or why. The summary doesn't assess who told the CIA to torture -- despite the abundant evidence that former vice president Dick Cheney and his cabal architected, choreographed and defended its use, with former president George W. Bush's knowing or unknowing support.

6) Torture was hardly limited to the CIA. In fact, the worst of it was done by the military. Want to read a quality investigation of the U.S. torture of detainees? Go read this 2008 report from the Senate Armed Services Committee. That committee's inquiry didn't just expose the horrific, routinized abuse of detainees at Guantanamo, Abu Ghraib and elsewhere, it also laid out a clear line of responsibility starting with Bush and exposed his administration's repeated explanation for what happened as a pack of lies. For some reason, it never got anywhere near the attention it deserved.

7) Senate investigators conducted no interviews of torture victims. As the Guardian reported in late November: "Lawyers for four of the highest-value detainees ever held by the CIA, all of whom have made credible allegations of torture and all of whom remain in US government custody, say the Senate committee never spoke with their clients."

8) Senate investigators conducted no interviews of CIA officials. As the Washington Times reported in August, committee staffers never spoke to either the senior managers of the torture program or the directors who oversaw it.

9) In fact, Senate investigators conducted no interviews at all. "We did not conduct interviews, but did make significant use of transcripts of interviews done by the CIA IG [Inspector General] and others during the program," a Senate Intelligence Committee staffer emailed me recently. "That, together with the literally millions of pages of contemporaneous documents, emails, chat sessions, etc. make us confident in the accuracy and comprehensive nature of the report." So it's basically aggregation.

10) Bush and Cheney have acknowledged their roles in the program. Bush and Cheney have both publicly acknowledged approving the use of waterboarding and other abusive forms of interrogation that are nearly universally considered torture. Cheney said in 2008 that he was "involved in helping get the process cleared." "Yeah, we waterboarded Khalid Sheikh Mohammed," Bush said in 2010. "I'd do it again to save lives."

11) The report's conclusion that torture didn't do any good is a big deal. You may argue, as I do, that even if torture sometimes "worked," it's still immoral, criminal and ultimately counterproductive. As I wrote during the Zero Dark Thirty furor, torture is not about extracting information, it's about power, revenge, rage and cruelty. It's about stripping people of their humanity. Throughout its history, its only reliable byproduct has been false confessions. But the pro-torture argument is simple: The ends justify the means. So if the evidence is overwhelming that torture achieves nothing -- or less than nothing -- then we win the argument by default.

12) No one has been held accountable. Aside from a handful of low-level soldiers at Abu Ghraib, no one has been held accountable for the U.S.'s embrace and widespread use of torture after the terror attacks of 9/11. And there are no signs that anyone will be. As a result, torture critics conclude that despite President Obama's decision not to torture, there is no reason to assume that we won't do it again in the future.

(Crossposted from The Intercept, where Froomkin is a senior writer.)