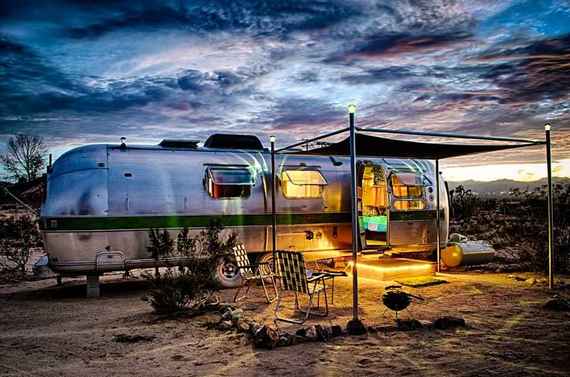 They've popped up in movies and on TV. You may have even caught a passing glimpse of one on the open road. But long before Matthew McConaughey stepped out of his retooled Airstream onto the beach and (probably) said "alright, alright, alright," there's been a fascination -- some might say obsession -- with America's iconic silver campers.

Which is why we thought it'd be fun to dig up 12 little-known facts about them.

More: How To Quit Your Job To Travel The World 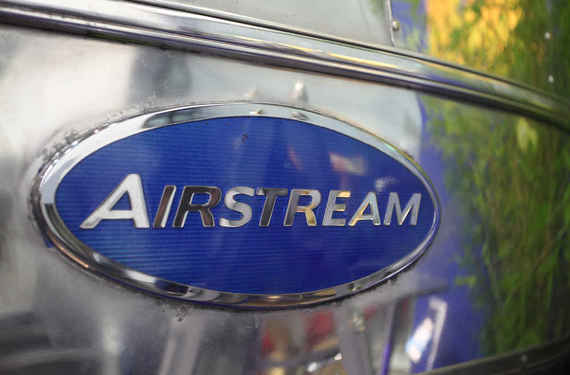 The original Airstreams were teardrop shaped and two-toned. Their creator, Wallace (Wally) Merle Byam, thought making colored Airstreams to match the popular pastel cars of the '50s would be a good idea. He later reconsidered and opted instead for the now famous silver.

A number of US presidents and their families have spent time in them. Not only did JFK use an Airstream as a mobile office while previewing new army weaponry in White Sands, New Mexico, but First Lady Laura Bush rocked her own private trailer while visiting troops in Afghanistan in 2008. Vice Presidents Dick Cheney and Joe Biden have also toured around in the classic camper. 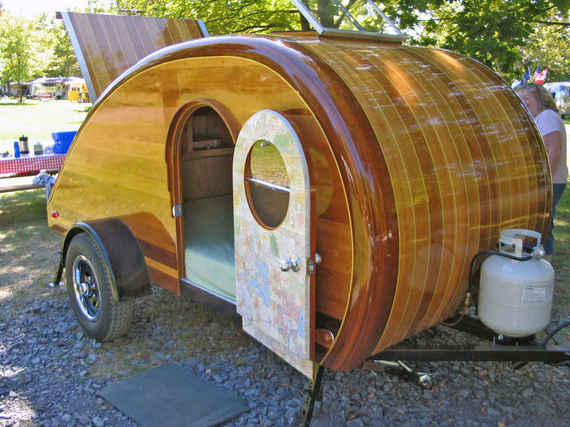 3. Early Airstream models were DIY, and made out of wood

Original models of the Airstream were built of Masonite, a type of hardboard made of pressed-wood fibers. Not only that, but they were sold as wood-and-canvas kits, with model names like Model 2 and Silver Cloud, in the back of magazines. It wasn't until the arrival of the Airstream Clipper in 1936 that we got the first bullet-shaped trailer made out of aluminum.

4. And there were no bathrooms inside

Despite coming up with the design to appease his wife's complaints about camping without a kitchen or bed, original owners still had to rough it with a "thunder mug" -- aka, a bedpan. Today, trailers come with all the comforts of home, including a wet bath. 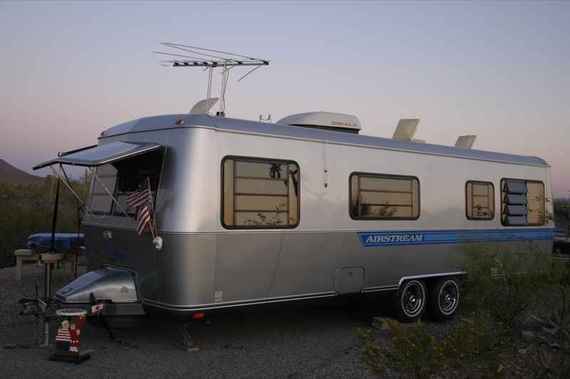 5. There was a square Airstream

The famous cruiser has a lot of nicknames, including Silver Bullet and Toaster-on-Wheels, most of which tip their hats to its seminal shape. Wanting to mix things up a bit in the mid-'80s (and who didn't really?), the company added a new design to its line: a square-shaped trailer. From 1986 to 1991 the "Squarestream" hit the roads, drawing the ire of many fans/enthusiasts who went so far as to ban the new model from the Wally Byam Caravan Club.

6. They have a huge celebrity following

Matthew McConaughey may be the most outspoken about his love for the Airstream (living in one for years before buying a house), but other celebrities have enjoyed a good ride or two as well. Johnny Depp, Adrien Brody, Brad Pitt, Tom Hanks, Denzel Washington, Lenny Kravitz, and Sean Penn are all, reportedly, fans. And even Hugh Hefner gifted an all-white one to Pamela Anderson (dubbed the "Lovestream") that came equipped with mirrored ceilings, white shag carpeting, a circular vibrating bed, and stripper pole. Naturally.

Head over to Thrillist.com for 6 more little-known facts about the iconic Airstream trailer!