The Northeast Animal Shelter (NEAS), based in Salem, Mass., will soon be celebrating the adoption of its 120,000th rescue animal!

Northeast Animal Shelter was established in 1976, and is one of New England's largest non-profit, no-kill animal shelters. Home to numerous adoptable dogs and cats (click here to view their site.) 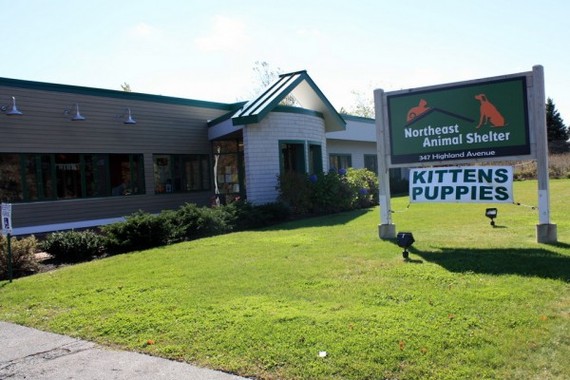 The 120,000th adoption is a huge deal to animal rescue supporters, and shelters out there. Right before their 40th anniversary this group has helped but a huge dent in the number of animals euthanized, and given homes to animals that otherwise wouldn't have had a chance.

How awesome is this? In celebration of the 120,000th adoption they will be having a special ceremony and giving the family of the 120,000th pet some special gifts, including a $120 gift card to PetSmart.

To all the shelters out there, keep on hustling like NEAS, and you can make sure every animal finds a loving home.

Download
Calling all HuffPost superfans!
Sign up for membership to become a founding member and help shape HuffPost's next chapter
Join HuffPost
Follow Rescue Idiot on Twitter: www.twitter.com/RescueIdiot
Voting Made Easy
Register to vote and apply for an absentee ballot today
Register now

Rescue Idiot
Dedicated to spreading the cause of animal rescue, and stopping the purchasing of pets