America is a nation of individuals, and individuals are really weird. So it happens pretty frequently, then, that when a bunch of individuals/weirdos in a certain area get together and start eating the same way, it confuses the holy hell out of everyone else. With that in mind, we set about compiling a list of some of the oddest regional food quirks in America -- some will astound you, some will confuse you, and some will make you want to relocate immediately. Weirdo. 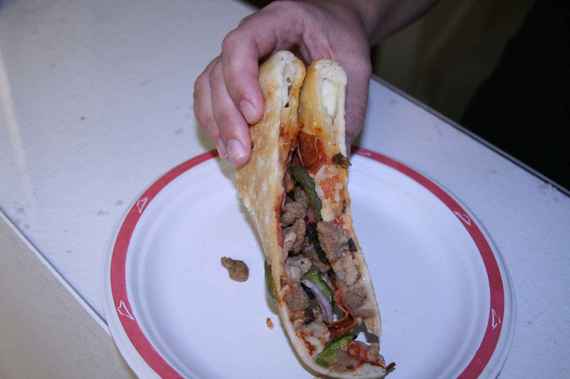 For a nation that exalts pizza as much as we do, we can't really seem to agree on how to eat it -- New Yorkers famously fold their slices; in Ohio, some pizzerias offer fold-over pizzas that are more like pizza sandwiches; and more than a few Southern Californians have been known to roll their pizza tortilla-style before eating it. If you'd paid attention in geometry, you'd know triangles are way more diverse than they look.

Ranch dressing on pizza in the Midwest

While people do this all over the place, it's especially popular in the Midwest, where folks smother their pizza in the stuff. And since pizza is a vegetable (duh), everything works out! Just don't do this at certain pizzerias in Dallas.

More: The iconic soft drink of every state in America

Provel cheese in St. Louis and its suburbs

Provolone, cheddar, and Swiss APPARENTLY aren't good enough for St. Louis, which created its own amalgam of those cheeses and puts it on basically everything, from pizza to soup to sandwiches. 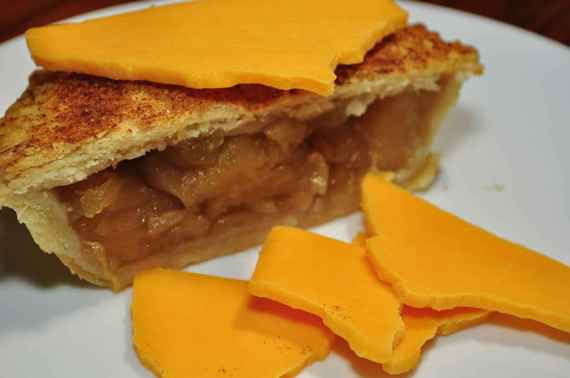 It may seem odd to some, but to Wisconsinites and New Englanders, eating cheddar cheese with their apple pie is as American as, um, apple pie.

This one's not so much an eating quirk as a terminology anomaly: In Cincinnati, some peeps call green peppers "mangoes", and to get an actual mango, you've got to ask for a "fruit mango."

We've still got plenty more regional quirks, including how they prepare cheeseburgers in Connecticut, the bizarre sauce for fries in Utah, where they eat salted Coke peanuts, and many more! Check 'em all out on Thrillist.com.