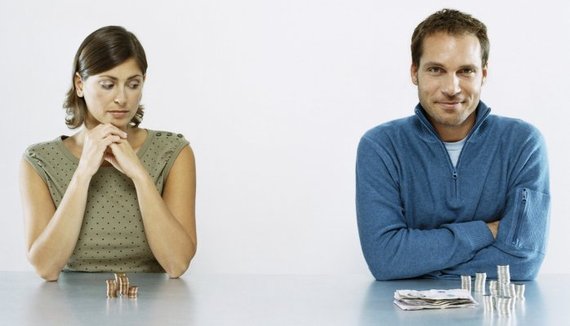 The human brain is a natural wonder. It produces more than 50,000 thoughts each day and 100,000 chemical reactions each second. With this amount of processing power, you would think our judgment would be highly accurate, but that's far from the case.

Our judgments are often inaccurate because the brain relies on cognitive biases over hard evidence. Cognitive bias is the tendency to make irrational judgments in consistent patterns.

It's highly unlikely that the people in these studies actually wanted to pay blondes more money, enable people with mature faces to succeed at the expense of those with baby faces, or hire male scientists disproportionally and pay them more money. Our unconscious biases are often so strong that they lead us to act in ways that are inconsistent with reason as well as our values and beliefs.

Let's explore some of the most common types of cognitive biases that entrench themselves in our lives. Awareness is the best way to beat these biases, so pay careful attention to how they influence you.

1. The decoy effect. This occurs when someone believes they have two options, but you present a third option to make the second one feel more palatable. For example, you visit a car lot to consider two cars, one listed for $30,000 and the other for $40,000. At first, the $40,000 car seems expensive, so the salesman shows you a $65,000 car. Suddenly, the $40,000 car seems reasonable by comparison. This salesman is preying on your decoy bias--the decoy being the $65,000 car that he knows you won't buy.

2. Affect heuristic. Affect heuristic is the human tendency to base our decisions on our emotions. For example, take a study conducted at Shukutoku University, Japan. Participants judged a disease that killed 1,286 people out of every 10,000 as being more dangerous than one that was 24.14% fatal (despite this representing twice as many deaths). People reacted emotionally to the image of 1,286 people dying, whereas the percentage didn't arouse the same mental imagery and emotions.

3. Fundamental attribution error. This is the tendency to attribute situational behavior to a person's fixed personality. For example, people often attribute poor work performance to laziness when there are so many other possible explanations. It could be the individual in question is receiving projects they aren't passionate about, their rocky home life is carrying over to their work life, or they're burnt out.

4. The ideometer effect. This refers to the fact that our thoughts can make us feel real emotions. This is why actors envision terrible scenarios, such as the death of a loved one, in order to make themselves cry on cue and activities such as cataloging what you're grateful for can have such a profound, positive impact on your wellbeing.

5. Confirmation bias. Confirmation bias is the tendency to seek out information that supports our pre-existing beliefs. In other words, we form an opinion first and then seek out evidence to back it up, rather than basing our opinions on facts.

6. Conservatism bias. This bias leads people to believe that pre-existing information takes precedence over new information. Don't be quick to reject something just because it's radical or different. Great ideas usually are.

7. The ostrich effect. The ostrich effect is aptly named after the fact that ostriches, when scared, literally bury their heads in the ground. This effect describes our tendency to hide from impending problems. We may not physically bury our heads in the ground, but we might as well. For example, if your company is experiencing layoffs, you're having relationship issues, or you receive negative feedback, it's common to attempt to push all these problems away, rather than to face them head on. This doesn't work and simply delays the inevitable.

8. Reactance. Reactance is our tendency to react to rules and regulations by exercising our freedom. A prevalent example of this is children with overbearing parents. Tell a teenager to do what you say because you told them so, and they're very likely to start breaking your rules. Similarly, employees who feel mistreated or "Big Brothered" by their employers are more likely to take longer breaks, extra sick days, or even steal from their company.

9. The halo effect. The halo effect occurs when someone creates a strong first impression and that impression sticks. This is extremely noticeable in grading. For example, often teachers grade a student's first paper, and if it's good, are prone to continue giving them high marks on future papers even if their performance doesn't warrant it. The same thing happens at work and in personal relationships.

10. The horn effect. This effect is the exact opposite of the halo effect. When you perform poorly at first, you can easily get pegged as a low-performer even if you work hard enough to disprove that notion.

11. Planning fallacy. Planning fallacy is the tendency to think that we can do things more quickly than we actually can. For procrastinators, this leads to incomplete work, and this makes type-As overpromise and underdeliver.

13. Bias blind spot. If you begin to feel that you've mastered your biases, keep in mind that you're most likely experiencing the bias blind spot. This is the tendency to see biases in other people but not in yourself.

Recognizing and understanding bias is invaluable because it enables you to think more objectively and to interact more effectively with other people.

Which of these biases have you experienced? Please share your thoughts in the comments section below, as I learn just as much from you as you do from me.