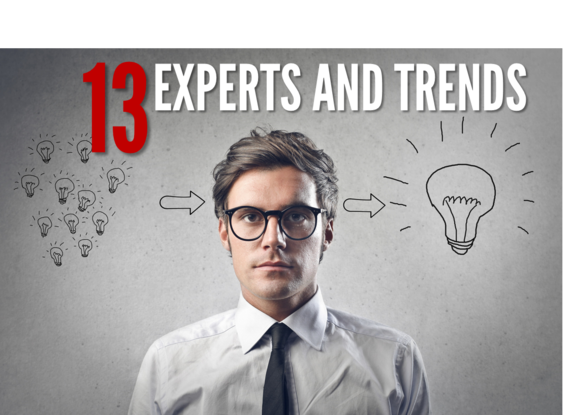 If politicians were awarded Olympic medals, then Congressman Patrick McHenry (R-NC) and U.S. Senator Mark Warner (D-VA) would each be given gold in the crowdfunding biathlon for their sheer endurance and fortitude in helping create and deliver on a reasonable bill to allow any business to raise money via private markets. Instead of caving to special interests and Washington bureaucrats, both backed a bill that marks the beginning of a new era in finance.

The recognition that they and 98 other crowdfunding experts received last week for supporting what was previously seen as an impossible dream will help usher in a new wave of innovation and jobs.

But as with anything political, the fight continues. Most of the experts I talked to on the list acknowledged that the new Jobs act is imperfect and will need revisions if it is to be a real force in the future. But most also cited that using social networks and crowdsourcing support for these changes was a sure path to victory.

Looking forward, I asked each of them for their thoughts on the path forward, here's what they told me:

"Since its inception in 2008, crowdfunding remains an emerging industry and largely unknown in many parts of the world. As such, those in leadership positions in the space have a responsibility to collaborate, educate, and share with the public and one another on how best to move forward and revolutionize funding for good. Active engagement of community leaders, whether they're based in the government, the media, or the platforms themselves, is imperative to the evolution and future of crowdfunding."

"If you want to be a thought leader, you need a following. To be followed today, you need a social network. The world has great systems now to have the best ideas reach the most people."

"We're still waiting on final SEC rules, but I think there may be some interesting issues that will come up and will need to be resolved over time. We need to get a sense of how equity CF is going to work in the real world. There are a lot of variables."

"We're looking forward to watching equity crowdfunding develop -- and
seeing how the players solve the challenges of higher risk endeavors evaluated through unstructured data. Part of what made us successful is the ability to identify quality loans and get to scale (we originated $2 billion last year) so that a greater diversification can be offered to investors and performance becomes more predictable."

"How do you ensure the success and education of investors, absent industry standard metrics to evaluate risk, and how do you provide diversification across thousands or tens of thousands of projects? These are some of the challenges facing equity crowdfunding."

"The media will have a heyday when equity crowdfunding kicks off. They will tout this as 'Web 3.0' where the business case for the social network has finally arrived. They will try to identify the next Facebook which will really help bring exposure to the industry."

"However, given the caps that exist for companies (e.g., can only raise up to $1 million in 12 months) and investors (e.g., majority will be limited to five percent of their income or net worth), there won't be many herd mentality stories. This will come as a surprise to entrepreneurs who wish to seek funds via crowdfunding and face the harsh reality that although the process of raising capital has been streamlined via technology, raising money is still incredibly hard. There will be many companies (over 80 percent) that never hit their funding target."

"My hope is that equity crowdfunding emerges -- at home and abroad -- as a competitive source of capital for small businesses and viable investment choice for Americans. But for that to happen, the crowdfunding community must express its opinion(s) about the SEC's crowdfunding proposal to the Commission during the current comment period."

"The SEC will be slow to adopt the proposed rules around equity crowdfunding. This is already moving at a slow pace and there is no reason to expect that the pace will quicken. We may see equity crowdfunding in 2014, we may not. After the rules are adopted, I expect to see the investment community and start‐up community to embrace equity crowdfunding -- there are a lot of prospective investors who want to play in this space who aren't allowed to do so in the current regulatory environment. The new SEC rules would change all of that."

"As investment crowdfunding blossoms over the next few years, stories of business failures will inevitably emerge. We all need to remember that starting a business has always been and will always be a challenge. Crowdfunding helps to close the funding gaps that entrepreneurs experience, but it generally can't solve operational problems. Let's remember not to panic when we hear the first horror stories. The stories of huge investor wins will not be far behind."

"Equity crowdfunding will have a slower start than most people want or hope for, primarily because of the compliance and due diligence requirements the SEC has created. There are a lot of hoops to jump through. Once people understand that equity crowdfunding is not as easy as creating a campaign on Kickstarter, but is actually raising money to start a real business and takes planning and an investment of time and money, then the real boom will begin."

"In 2014, mediocre venture capital firms and angels will start to feel the burn of competition from equity crowdfunding competi. If these investors can't add value beyond providing cash, startup may prefer to raise money from the crowd to get an army of evangelists and recruiters."

"I think there are too many platforms and we are likely to see some go away and/or consolidation, although it's still early days. Any platform has to attract both investors looking to invest and companies looking to raise. The more you have of one, the more you can attract the other. Additionally, the larger the network the more useful the network becomes. A classic network‐effects play. In the long term it makes sense therefore that only a finite number of platforms can be supported by the market."

"True equity crowdfunding will finally pick up pace in the U.S., using a number of different models. Some European countries such as the UK are leading the way, providing the impetus for other countries to change their legislation to enable crowdfunding."

"Investors need to do their homework as all portals will not be created equally. Investors should ask themselves three questions:

1. What is the platform's company filtering mechanisms? Are deals highly‐vetted or is it simply an open platform where you are on your own?

2. What is the background of the management team? Do they have prior experience investing or deep sector expertise?

3. Does the platform have access to solid deal flow? Do they get access to deals led by professional venture capital firms and angel groups?"