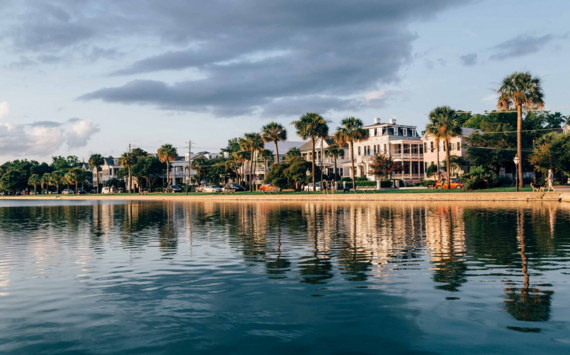 With unrivaled antebellum architecture and a long, winding history that underlies its genteel charm, Charleston is a modern-day mecca for art, music, and food. The port city was established in 1670 in honor of England's King Charles II; today it is a microcosm of Southern culture and history, from its Gullah roots to its cobblestone streets, offering an evolving hotel scene, boutique shops, and exceptional Lowcountry cuisine, both traditional and modern (with path-setting restaurants like Sean Brock's Husk bridging the two). Here's where to stay and what to eat, do, and buy in South Carolina's oldest town:

The 41-room hotel is decorated in black and white, like the Prohibition-era two-toned brogue it's named after. Need a shoeshine? Just ask one of the butlers. And don't miss the Roaring Twenties-inspired lounge, serving updated classic cocktails and free snacks like foie gras-stuffed olives.

Located in the Historic District, this new 50-room hotel is the Kessler Collection's first foray into South Carolina. There's an on-site art gallery (with complimentary tours available) and wine-blending classes. Rooms are punched up with yellow velvet headboards and other pops of color.

The Restoration on King

This property--set in four separate buildings, dating back from 1886 to 1940--is currently undergoing a massive renovation. The existing lobby will become a combination bar-and-boutique selling craft beer, wine, cheese, and other snacks, as well as leather goods and jewelry. But the biggest news: a fifth building, which will house a reception area, 34 suites with full kitchenettes and exposed brick walls, a fifth-floor pool, and a rooftop restaurant. A coffee shop, library (with a fireplace and honor bar), and spa/nail salon are also being added.

Husk chef Sean Brock has applied his trademark compulsiveness to Mexican street food at his new casual concept. He uses heirloom ingredients (beans, peppers, pork) in everything from the chilaquiles to grilled steak tacos.

Beloved local favorite Hominy Grill has opened up a fast-casual spot dedicated to its famous fried chicken. The menu keeps it simple: fried chicken, catfish, and pork chops, with sides like cole slaw, mashed sweet potatoes, and tomato pudding. And the atmosphere is nothing fancy--there's even a drive-thru window.

Charleston recently got in on the food hall trend--and this one, in a former cigar factory, is small enough not to feel overwhelming. At Mercantile, you'll find grab-and-go snacks, made-to-order meals like a pulled-pork sandwich and bacon-cheddar burger, fresh produce, baked goods, and a cheese counter. On the bar side, Mash--complete with an indoor bocce court--highlights American-made spirits and beer.

For a taste of France in the South, head to this tiny rustic bistro in downtown Charleston. The menu changes daily, and the chef keep it small: just two appetizers, two entrees, and two desserts.

With 35 rooms, 23 fireplaces, and a 75-foot domed ceiling, this 24,000-square-foot mansion is a sight to be seen. The current owner, an attorney who still lives in the residence today, has filled it with thousands of antiques from all over the world.

Charleston is a city full of great live music spots, but we love this intimate listening room, co-owned by native son Quentin Baxter, a drummer and the musical director of the Charleston Jazz Initiative.

Philip Simmons was Charleston's most well known blacksmith, and he designed wrought-iron fences and gates throughout the city. His home is now a small, simple museum where you can see the workshop where he produced his ironwork. It's also a stop on some of the local Gullah tours.

Just off Upper King in Cannonborough, this menswear shop is chock-full of clothing and accessories (ties, socks, even dopp kits) for both hipsters and prepsters. You'll also find jeans from Imogene & Willie and Raleigh Denim.

This charming paper company is a go-to for greeting cards, stationary, journals, and adorable gifts from brands like Kate Spade, Jack & Lulu, and Rifle Paper Co.

This store first opened more than 100 years ago, and is still family-owned and -operated. Inside, you can browse estate jewelry (including cameo necklaces and diamond brooches), plus crystal glassware and other high-end gifts. 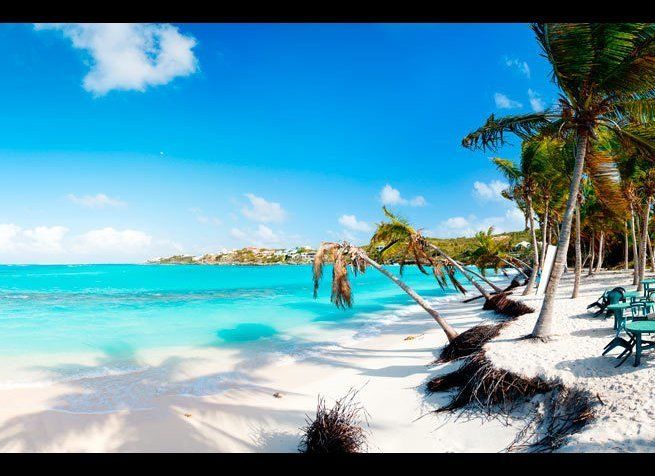