Each day, the American public learns that there may be aspects of Herman Cain's life that he may be hiding. But one area has never been secretive: Herman Cain's love of his hat.

We can't remember a presidential candidate so unafraid to sport a hat, and frankly, we commend him for it. Furthermore, we're not the only ones to notice -- some believe that it may spell certain doom for his campaign. But as far as we could tell, he has been suspiciously quiet about why he loves his fedora.

Until Herman gives a press conference devoted to his hat (which, in his campaign, would we really be surprised?), we've collected 13 quotes about hats that may explain why he loves it so much. 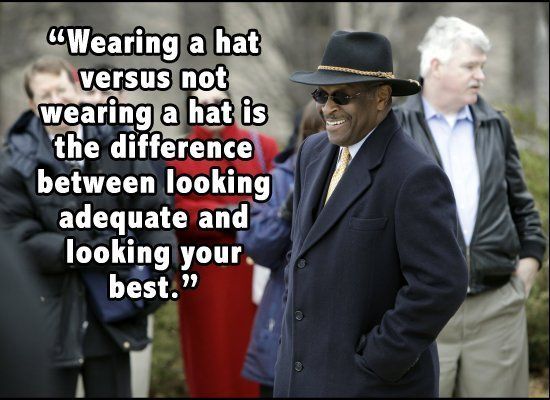