Paradise isn't on some far-flung, pricey South Pacific island; actually, it's in Europe. Greece, to be precise. The Cyclades islands have an amazing mix of culture, history, and cuisine, and a natural beauty to rival any of the world's exotic island getaways. Using the tips and photos of the minube travel community, we've found out exactly why these sunny islands are so popular. From unique wines to kaleidoscopic beaches, here are 13 reasons why the Cyclades are basically paradise! 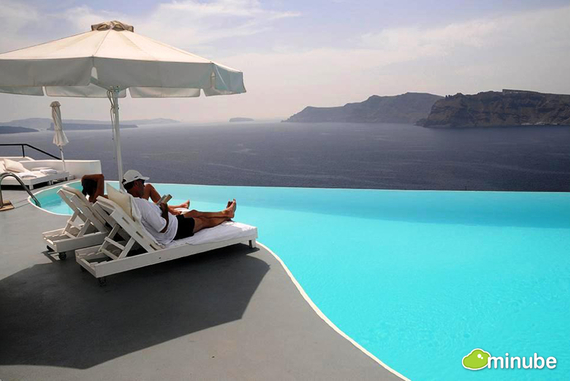 1.) The hotels are spectacular
Even if you're a backpacker, the hotels in the Cyclades will make you feel like part of the jet-set. Infinity pools, rooftop decks, and amazing views are common features at the islands' hotels and most don't come at the premium you'd expect. Villas are another popular option, but make sure to head for the smaller islands if you want to find the best (and most beautiful) deals. (Photo by Silvana Mattos) 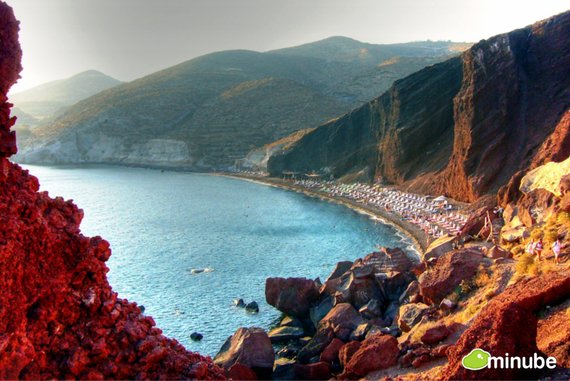 2.) The beaches come in reds...
It's like going to beach, but on Mars. The aptly-named Red Beach near the village of Akrotiri is one of Santorini's most popular beaches thanks to its simply stunning surrounding of bright red iron-rich cliffs. It's not the easiest beach to reach, but hey, that means that you'll have one of the islands' most spectacular sunsets without all the crowds! (Photo by Rodrigo Nieto) 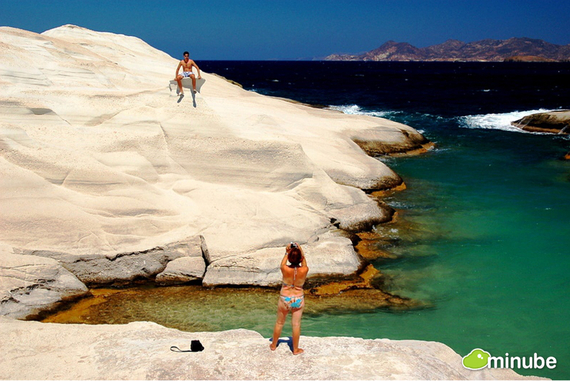 3.) ...and whites...
If Red Beach is Mars, then Sarakiniko Beach is the moon! This dazzling beach on the island of Milos is formed of sun-bleached white limestone that has been sculpted by the wind and waves into some absolutely spectacular coves and formations. You can see why Sarakiniko Beach is a favorite among the locals. (Photo by Naxos) 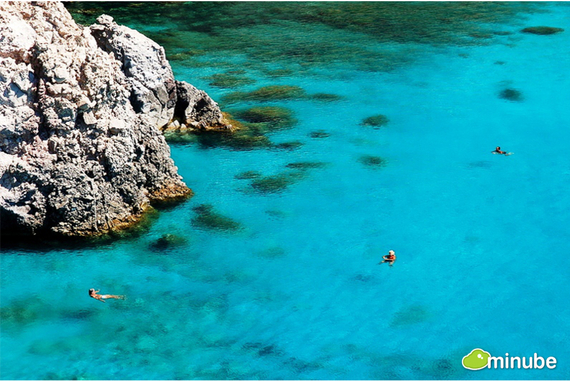 4.) ...and amazing blues.
The Cyclades don't tend to have long, sandy beaches like the Caribbean. Rather, the best ones are found in small coves whose cliffs protect them from the wind and, thankfully, the crowds. So, what's the reward for finding these amazing and hidden little coves? The most perfectly turquoise waters found anywhere in the Aegean. (Photo by Naxos)

Click here for more photos of beaches in the Cyclades 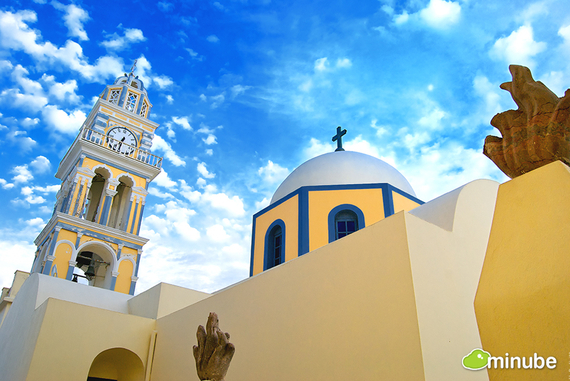 5.) The churches are all gorgeous
There's something about the combination of white plaster, blue trim, and bountiful sunshine that just makes a person melt. Example? The churches of the Greek Islands. These Orthodox churches are undeniably beautiful in terms of art and architecture, but the fact that they're often built on solitary hilltops overlooking the sea makes them all the more incredible. (Photo by Pablo Charlon)

Click here for more photos of churches in the Cyclades 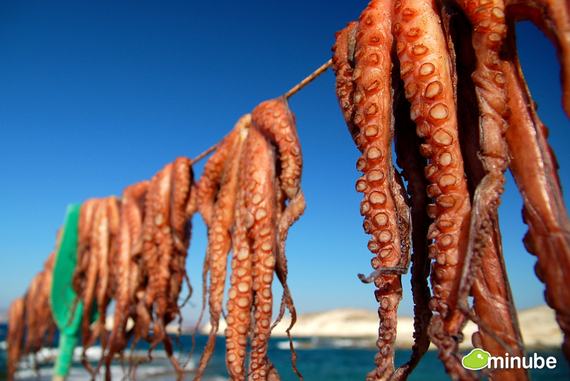 6.) Fresh seafood everywhere!
Greece is known for its simple, healthy cuisine based on fresh produce and, of course, fresh fish. The Cyclades are no exception, and freshly-caught fish grilled with olive oil and lemon is an island staple. One of the most famous joints is the Medusa Restaurant in Mandrakia which makes quite possibly the world's best grilled octopus. (Photo by Naxos) 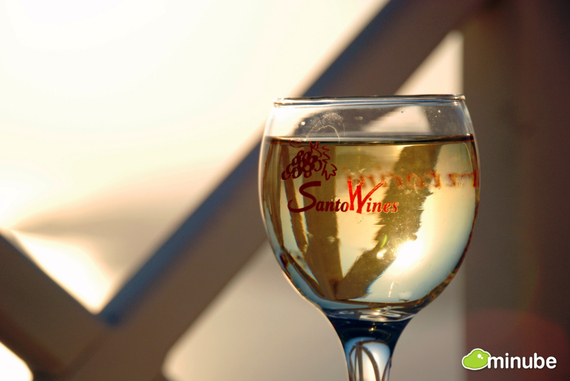 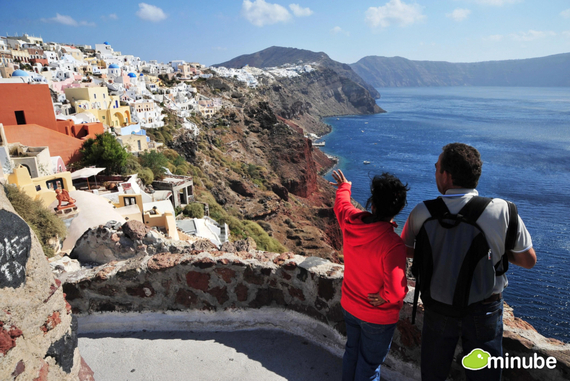 8.) Breathtaking views...everywhere
The Cyclades are actually mountain peaks (and occasionally volcanoes) jutting out of the sea and this means that you get mountaintop views from just about everywhere! Nowhere is this more evident than the postcard-ready village of Oia on Santorini. Go ahead, try to find a view that isn't just jaw-dropping. (Photo by Jude Ted Attard) 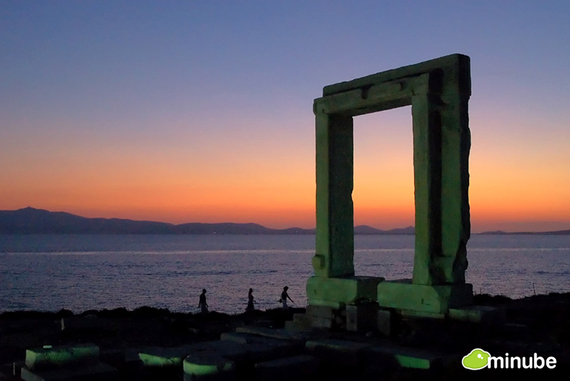 9.) Ancient ruins
While less popular and less preserved than those of mainland Greece and Crete, the ancient ruins of the Cyclades are worthy in their own right. The most-visited are the grand theaters and unique statues on the island of Delos, but one of the most stunning is the monumental Apollon's Gate on the island of Naxos. (Photo by Naxos) 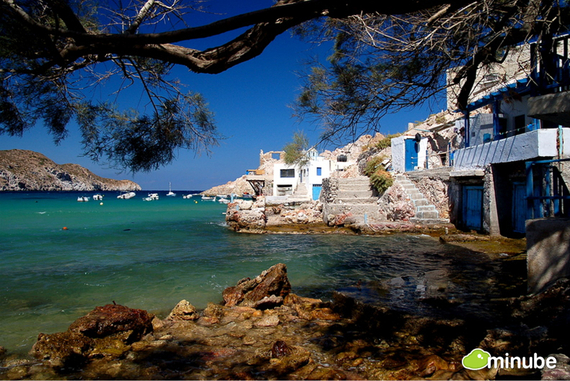 10.) The villages are the definition of tranquility...
A top mistake among travelers in Cyclades is just sticking to the cruise stops and party-resorts. The islands' real essence, as usually happens, is in the countryside. The Cyclades are full of sleepy villages built literally on the seashore where's nothing to do but eat, read, swim, and chat. Sounds perfect to us! (Photo by Naxos)

Click here for more photos of villages in the Cyclades 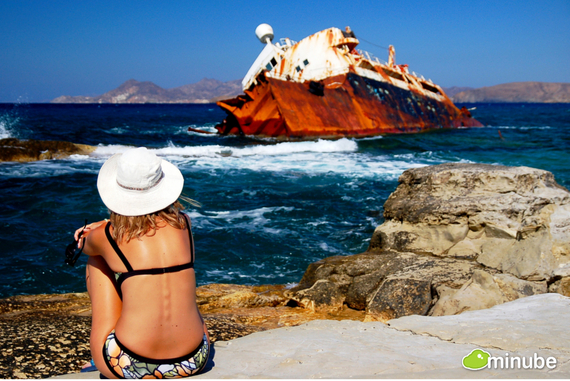 11.) ...and even the shipwrecks are beautiful
It takes a special place to turn something as devastating as a shipwreck into a gorgeous addition to the landscape, and the Cyclades do it with aplomb. While most travelers know the world-famous Shipwreck Beach (considered one of the most beautiful in the world), the lesser-known shipwreck off the island of Milos is just as oddly beautiful. (Photo by Naxos) 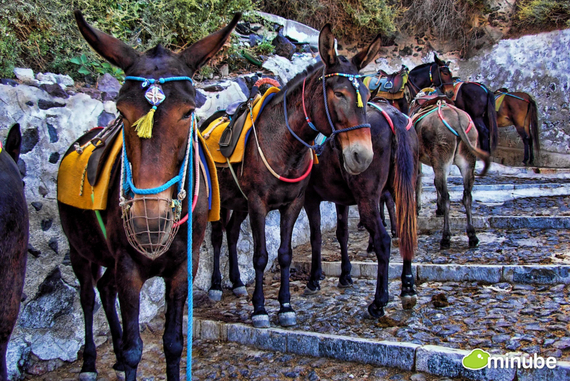 12.) No cars!
Ok, ok...yes, there are some cars on the islands, but by and large what you'll see are mopeds, bicycles, boats, and, in the more rural (or touristy) areas, donkeys. This keeps the ambiance clean and quiet and there's nothing like hopping on a rental scooter to explore a hidden beach or clifftop church to really get you into the island mood. (Photo by Leo Aparicio) 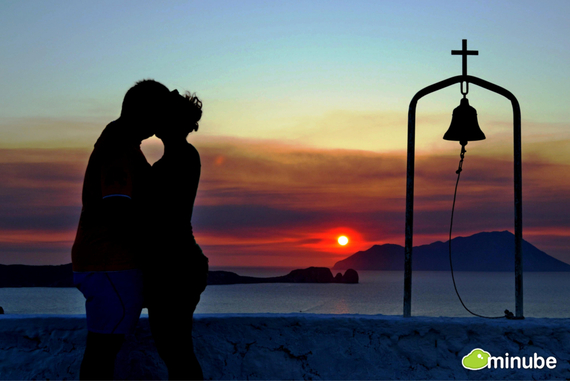 13.) And there are over 200 islands to explore!
The Cyclades have a whopping 220 islands, most of which are uninhabited. Moral of the story? Don't stick to the cruise stops! There are plenty of small islands where authentic villages and lazy afternoons reign supreme and, hey, exploring the smaller islands is the perfect excuse to spend a few days cruising around the dreamy blue Aegean. (Photo by Virginia G. Madurga)

Click here for more photos of islands in the Cyclades

Do you have your own idea of paradise? Whether it's something super-exotic or close to home, you can share it with us here and enter to win a 5-night stay with RIU Resorts in Cancun or Cabo San Lucas.