Three Secrets to a Happy Marriage. Eight Reasons No One Will Ever Remake Raiders of the Lost Ark. Seven Recipes That Will Change How You Think about Breakfast. Twenty-Seven Cats Who Forgot How to Cat.

Despite being reasonably informed and clickbait-proof consumers of digital media, smart people have clicked on all of these links. (Or would click on them, if they all actually existed. Someone please write that Raiders thing already, plskthx.)

Why? Because it turns out there is an art and a science to choosing the number of things you're offering in an article title that appears online. And after decades of toil in digital editorial (decades, people), I have distilled all that arty scienceness down to the following theory which I will tell you about right now. 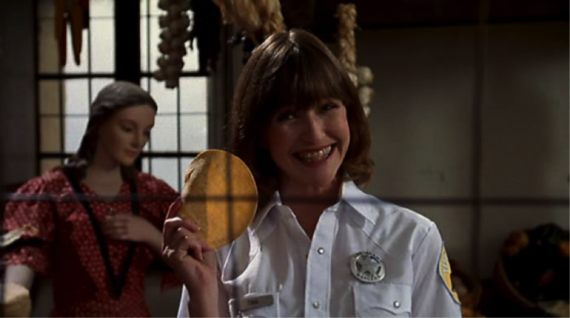 "Yes, there are thousands and thousands of uses for corn, all of which I will tell you about now."

Rule 1: The biggest thing to remember is that your article title is competing with 47 other article titles with numbers in them, all appearing within the same few inches of consumer scroll space. And that number of inches is now smaller than ever thanks to how much people read on their phones.

Rule 2: The second biggest thing to remember is that people are busy--and also, they don't trust you, digital headline writer. So your headline is both a value proposition, and a promise not to waste someone's time: These things are worth your click, srsly. WHY WOULD I LIE NO ONE EVER LIES TO THEIR AUDIENCE EVER.

Rule 3: Only use the numbers 1, 2, or 3 if what you're writing about is the digital editorial equivalent of a neutron bomb: The One Thing That Can Bring Peace to the Middle East. Two Things You Can Do Tonight That Will Save Your Marriage. Three Previously Unseen Gifs Based on That First Kiss Scene in The New Girl.

Rule 4. Do not use the number 4. Four doesn't offer enough of a value proposition to be worth clicking through to. Four sucks. No one in the history of the Internet has ever clicked on a link because they were promised four of anything.

Rule 5. Also don't use the number 5. Five, like 10, is predictable. And because two times five is 10, five just looks like you were only trying half as hard as the writer who came up with 10.

Rule 6. Numbers 6 through 8 are a sweet spot for headlines. They're not 5 or 10 or 20 or some other predictable number. They offer enough of something, whatever it is, that is worth clicking through to find, but not so much (like 100 or even 35) that it threatens to engulf the reader in a giant clickhole, or worse, an article with a large number of actual paragraphs of text that they will have to read.

Rule 8: Don't use the number 10. Just don't. What is this, 2005? Are you some kind of headline-writing amateur from ye olde Interwebbe past?

Rule 9: Don't use 11. Eleven sounds like you needed an editor to get you back down to ten.

Rule 10: The numbers 12 through 14 fall into sweet spot #2 for online article titles, but only if it's a slideshow or a list. Again, it's about the threat of paragraphs. Don't scare off the peoples of the intertubes with too many paragraphs.

Rule 11: Don't use 15. That's either too long of an article or too many clicks for a slideshow. And it's way too short for a listicle. (Don't know what the difference is between an article, a slideshow, and a listicle? GET BACK INTO YOUR TIME MACHINE AND LEAVE US IN PEACE, VISITOR FROM YE OLDE INTERWEBBE PAST! BEGONE!)

Rule 13: When in doubt, pick a prime number greater than 5.