Yes, we know horror flicks nowadays have lots of advanced special effects but some of the old-school classics are still just as scary. We asked our Facebook fans which frightening movies from their youth still give them goosebumps. Here are 14 films guaranteed to send shivers down your spine, decades later.

"An oldie but a goodie from the '60s. I still jump when the bad guy jumps out to grab the blind heroine (Audrey Hepburn) and gets her by the ankle. I slept with my feet securely tucked in under covers after I saw that movie." -- Lori Kilma

"I'm 55 years old and have NEVER been able to get to the end of "The Exorcist." In fact, once her head starts spinning- that's it. I'm done. My kids think it's hilarious." -- Jerri Munn

"Eh gads..the calls are coming from inside the house!" -- Karen O'Donnell

"They gave out puke bags before you entered!" -- Beverly Sanko Jupina

"Gave me the heebie-jeebies. To see this little girl with no conscience who looked so sweet was very subtly scary. I found myself cheering at the surprise ending." -- Ruth Fisher Stoddard

"It may seem corny to people now because of all the advances in special effects, but when that block of ice melts and scares that man, I get shivers down my spine!" -- Betty Ann Mcanany-Whitman

"Alien and that 'thing' erupting from her stomach. That was the first and last scary movie I ever watched." -- Denise Swan
8. "I Saw What You Did" (1965)
"I saw what you did scared me to death because I made prank phone calls on occasion." -- Joan Sheppard Lio
9. "Trilogy of Terror" (1975)

"I was a kid when it came out and it scared me so much that I propped a chair under the handle of the bathroom door when I showered. Sometimes I even just turned the water on and didn't even shower at all." -- Scott Guiher
13. "The Town That Dreaded Sundown" (1976)
"Nightmares about that feedbag puffing in and out as he breathed." -- Patty Method Renner

"The sound of the ants. The killing of humans. It was too much for a 7-year-old spending the night with her older brother at Grandma's house." -- Madeline Morrill 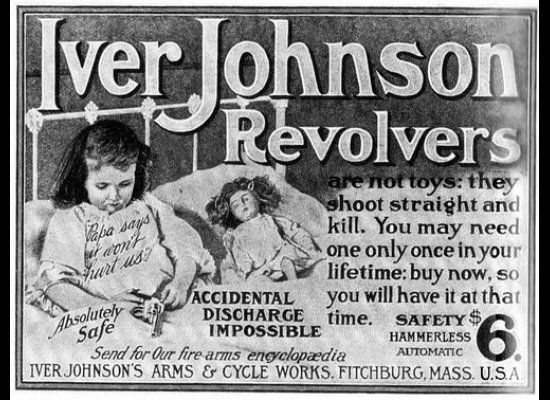