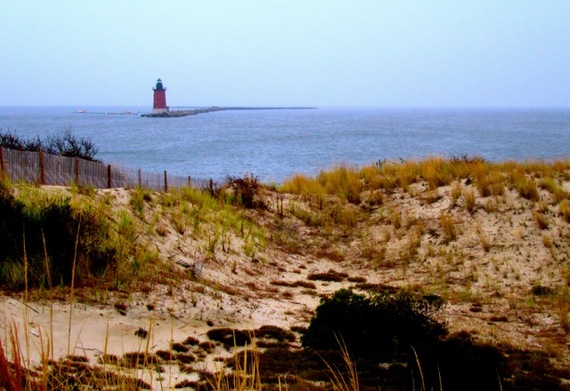 What do cultured, adventurous, foodie retirees know about the Southern Delaware towns of Dover, Milford and Lewes that the average Northeasterner doesn't? Perhaps that there's so much to do, so many great places to dine, so many ways to access a growing community spirit: all for a fraction of what it would cost in other picturesque locales on the East Coast. These, too, are all good reasons to visit and spend a few days as well. But beware; you might be tempted to hang about. As one 20-something former New York City dweller admitted to me, "I came to Lewes to visit my retired parents and ended up staying myself." Southern Delaware can have that effect on people.

For more about what to do and see in these towns and others in the Northeast USA, consult the Getaway Mavens. 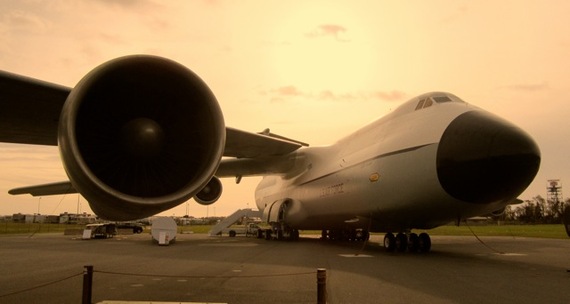 1. Climb into the cabin of (decommissioned) Air Force 2, and into the cargo hold of one of the world's largest transport planes at the Air Mobility Command Museum @ Dover AFB. What is Air Mobility, you ask? Anything to do with the movement of troops, food and equipment, or, as tour guide Jon Andrews quips, "You call, we haul." It's the only museum in the USA dedicated to airlift and refueling history. Interactive and compelling, there are over two dozen aircraft to learn about and explore. People come from all over the world because they can actually get on the planes. The Air Mobility Command Museum is arguably one of the best military museums in the country. 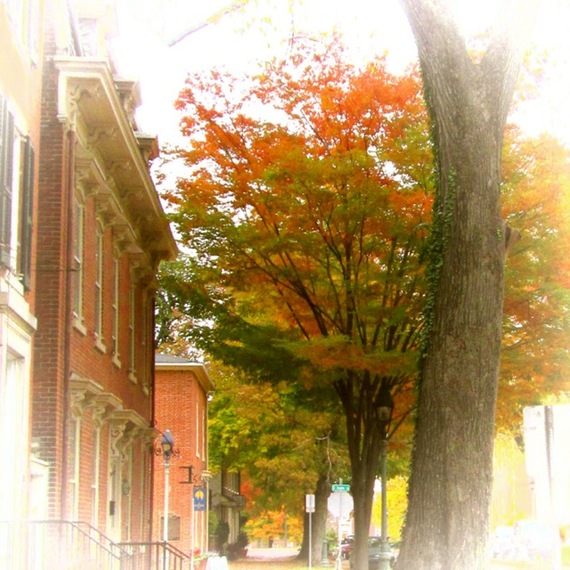 2. Learn why Delaware is called "The First State" on a compelling, entertaining walking tour of Dover Green, part of First State Heritage Park. You'll hear accounts of delegates and suffragettes and one of the most sensational stories of the Victorian age: the first Murder By Mail. The Green, anchored by the renovated Old State House (also worth a tour) is an emerald jewel in the midst of Delaware's State Capital, and often missed by tourists. But I'm letting you know, these stories told by animated guides are too juicy to pass up. 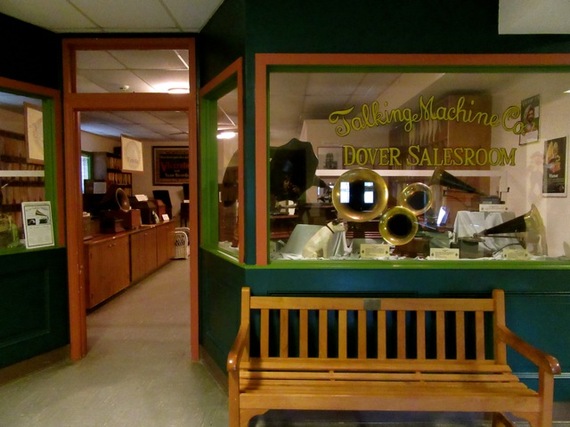 3. Listen to music played on original Victor Talking Machines and Victrolas at the extremely fun Johnson Victrola Museum. Why wasn't the Victrola named after its inventor, Eldredge Johnson, and how did Nipper the Dog get all the fame? You'll find out at this terrific homage to Dover native Johnson, who as a youth was deemed "too stupid for college." 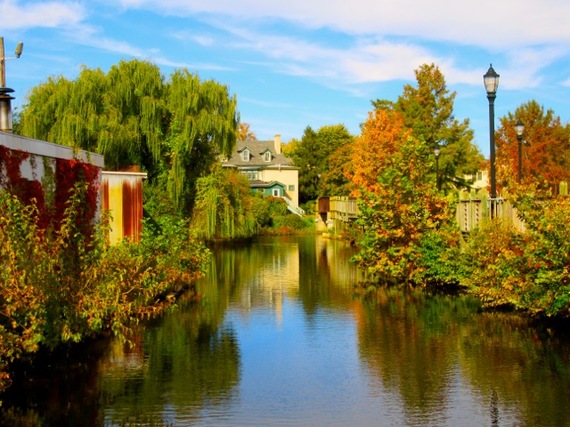 4. Take a stroll on the lovely Mispillion Riverwalk. In the 18th and 19th centuries, seven shipbuilding companies were situated along the Mispillion River, which runs about 15 miles to the Delaware Bay. Young artists have provided a fresh take on this history, fashioning 18 decorative replicas of the classic yacht, Augusta, that line the landscaped brick walkway through town. In the summer, the river comes alive with kayakers and canoers, but it's a wonderful stroll any time of year. 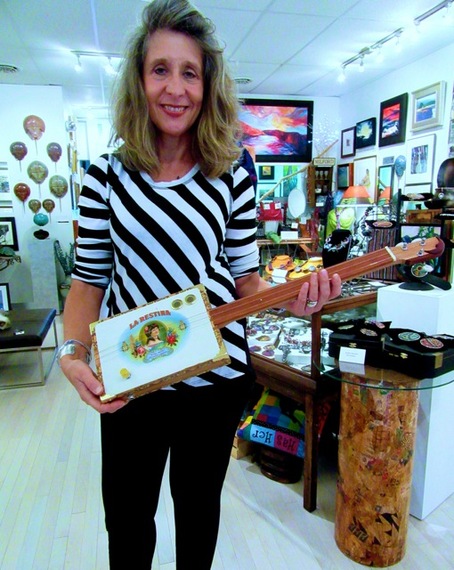 5. Purchase a "Git Box" (ukulele made from an old cigar box), ceramic horseshoe crab or other high-end crafts and jewelry at Gallery 37. This shop was voted "Best Gallery Downstate" by Delaware Today Magazine, drawing patrons from Washington DC and other surrounding cities to this sleepy town. Owner Marcia Reed, a painter in her own right, handpicks the furniture craftsmen, sculptors, ceramists, fiber artists and jewelry makers herself. "This is not tourist trade stuff," she states. 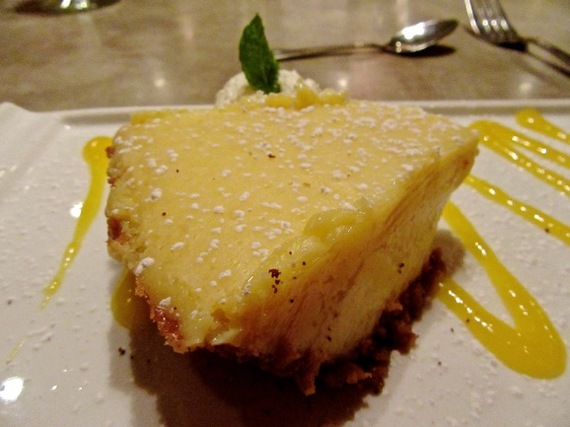 6. Try Bison Burger, Moroccan Salmon Cake, Scrapple Pieroges or other inventive farm-to-table fare at Abbott's Grill. The setting might be nondescript, but the food sure isn't: this kitchen has spawned a cadre of hot chefs who've opened up their own restaurants throughout the region. 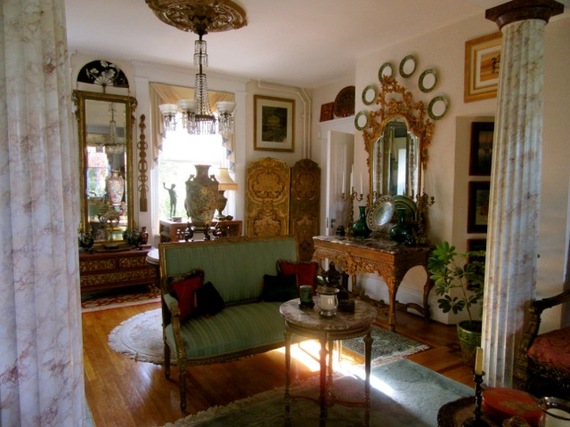 7. Stay in a former Governor's villa -- the Causey Mansion -- so packed with Asian antiques you feel as if you're staying in a high-end antique shop. Sitting on a rise on the edge of downtown, the Causey Mansion is a grand Georgian, Neo-Classic Colonial, with high ceilings, big windows, expansive gardens and welcoming patios and statuary. Inside, it appears to be an exotic and eclectic emporium of Chinese and Japanese woodblock prints, "Even Louis" (14th and 16th) pieces, an 1840 room-dividing screen from the Iran Embassy in DC, and a cornucopia of other antiques extending to four magnificent rooms. 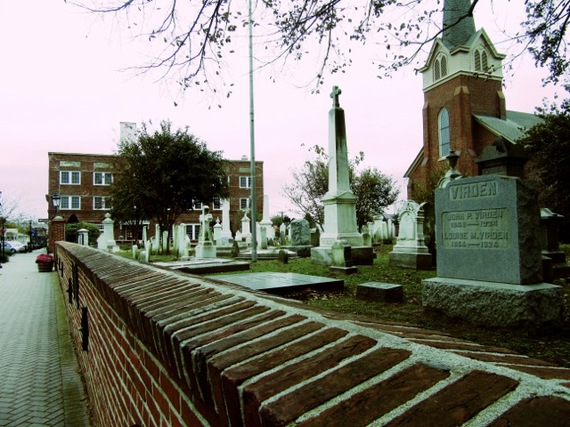 8. The Lewes Historical Society runs so many compelling walking, trolley and boat tours, even locals scramble to sign on. Guides are passionate historians, and an hour can seem like a few minutes as they talk about local legends and events, and point out anomalies, like the tombstone of Elizabeth Cullen whose date of birth was engraved as Feb 30th, 1760 for all eternity, or a cannonball wedged in the exterior wall of a home, dating from the War of 1812. American History has never been so fascinating. 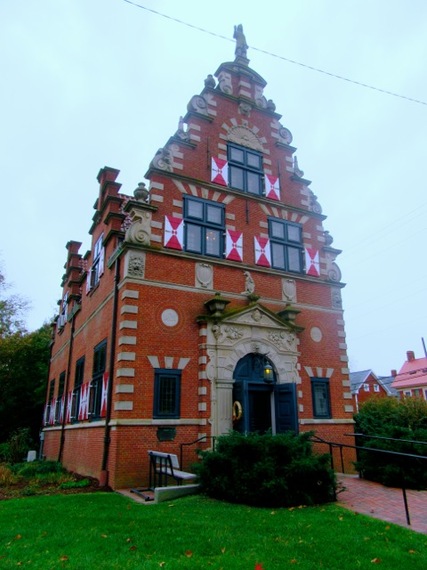 9. Some museums are exceptional for the stories they tell, and the Zwaanendael Museum, built in 1931 as a replica of the Hoorn City Hall to commemorate the 300th anniversary of this Dutch Whaling Settlement, is one. To whit: 1986 was not a good year for treasure hunters. Just a few months after the highly anticipated opening of Al Capone's vault (whoops; empty), the recovery of the HMS DeBraak, which sunk off the Lewes coast in 1798 laden with, many believed, chests of gold, was also a bust, booty-wise. The story of the deBraak, what it was, how it sunk and why it was so sought after is told in thrilling detail by museum exhibits and guides. 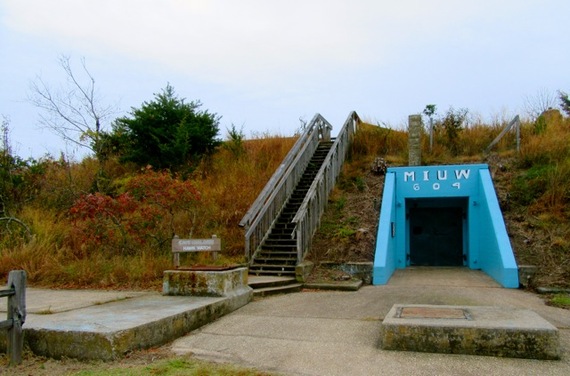 10. Cape Henlopen State Park has some top-secret history, but that's just a fraction of its appeal. What makes Cape Henlopen such a crucial location on the Atlantic Ocean and Delaware Bay is also the reason it makes for such an incredible recreational experience. Hike, bike, look for birds, fish, swim, or come to check out WWII sites. As a strategic position on the East Coast, there were 17 bunkers, a manned fortress, watchtowers, and lots of mysteries (some still classified, while others now public). The Top Secret SOSUS (Sound Surveillance System) operated from here, tracking Russian submarines along the coast. At least one bunker, now covered with pop art, was used as a bar in the '70's. Climb into one of the iconic Delaware "Beach Towers," concrete cylindrical watchtowers used to determine the target range of enemy fire. And then tour what remains of decommissioned Fort Miles - now a National Historic Area left with cement block barracks and WWII artillery.

11. Take deep breaths of lavender at Lavender Fields @ Warrington Manor in Milton. Just a few miles away from Lewes, this shop/farm/cottage industry is worth a few hours of your time. Marie Mayor and Sharon Harris were Federal Employees and bought the 5-acre property "for retirement." They've done anything but. "We want people to come here and learn about things that can make you feel happy - by taking care of yourselves," says Mayor. Harris and Mayor grow lavender and nurture small businesses, like natural soap maker, The Soap Fairy, on site. Plan to spend a restorative couple of hours. 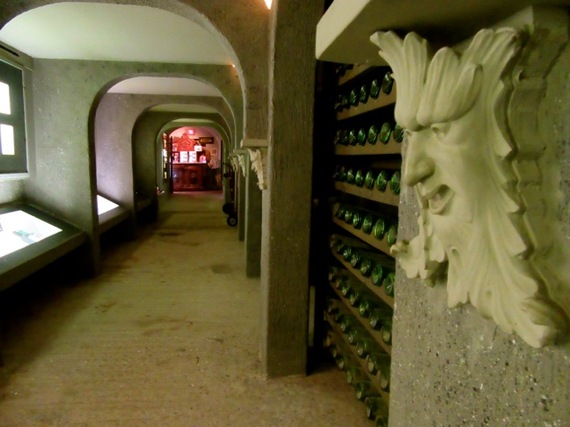 12. Taste the antioxidant-rich Blueberry Wine at Delaware's first commercial winery, Nassau Valley Vineyards (a few miles from Lavender fields), and learn the 8,000 year old history of "Winemaking Through the Ages" in cool catacomb-like galleries. Open 22 years ago, the family business is now run by Peggy Raley-Ward and her sister Suzette Hopkins, who oversee this vineyard known for its terrific fruit wines, Cabernets, Chardonnays and other vintages. 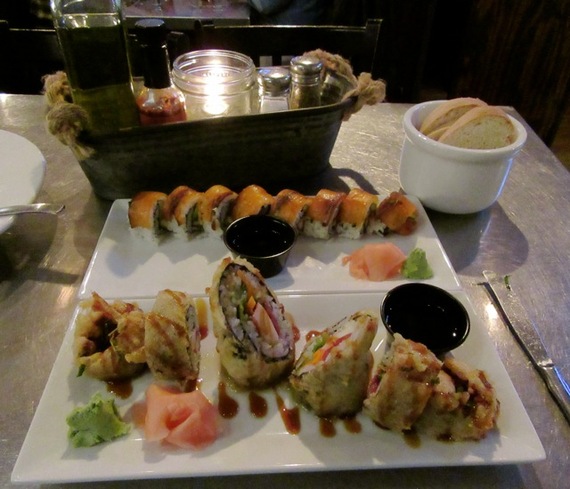 13. Lewes has positively bloomed of late, culinarily speaking. Dining-wise, "you can't go wrong with anything here," say most locals. I choose the uptown "Friends meets Victorian Tea Parlor" spot, Nectar Café and Juice Bar, for creative salads and fresh juices. To satisfy my real-NY-Italian-food urges, I scarf up the baseball-sized meatballs at Touch of Italy, and when I want "fresh fish my way" and inventive sushi, I head to Striper Bites. 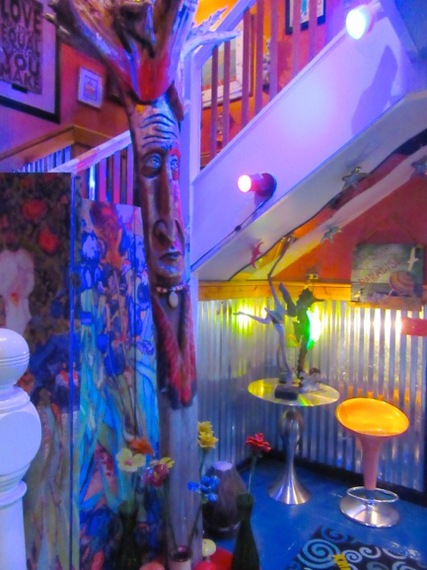 14. Lodging, too, has gone berzerk - in a good way - in Lewes. You'd be hard pressed to find one franchise in town, and instead, an indie inn to fit every personality and mood. I like lots and lots of color, free wine, and an owner with the bantering cadence of Vince Vaughn. And so, I choose The Blue Water House, just a block from the beach. But if you're a hipster beer-lover, head to the brand new Dogfish Inn, the former fisherman's dump, Vesuvio, now a trendy motel owned by the same people who bring you Dogfish Head Brews (made in the next town). But if you're into Yoga and want an upscale tranquil space, stay at the newly renovated Savannah Inn. Boutique hotel fans who don't want to walk more than one foot to shop will love the newly redone Rodney Hotel. And yes, even traditionalists will be happy at the 25-room "Nantucket-style" Inn @ Canal Square.